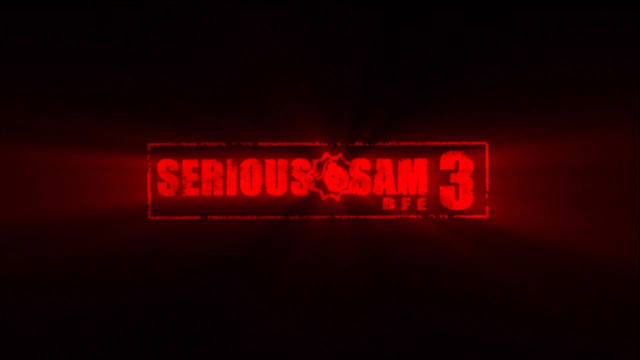 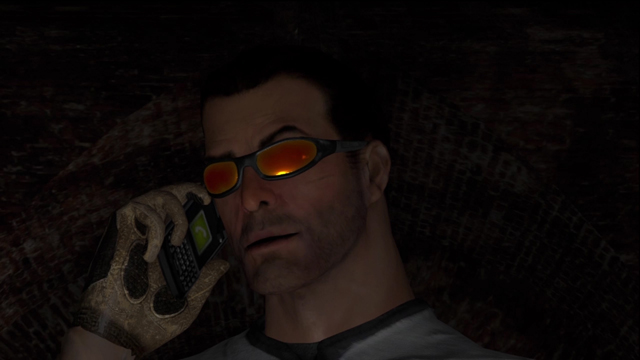 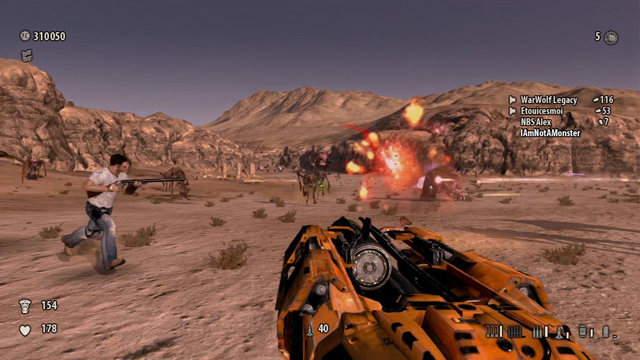 Traditional to a T – Serious Sam 3: BFE harks back to the olden days of shooters. When a lone hero — clad in t-shirt and denim, maybe a leather vest — hoisted hundreds of pounds of weaponry and blasted a pulpy, wet path through the interdimensional/biomechanical/cybernetic demon armies of wherever. It recreates that headlong charge into chaos, insisting you weave between projectiles and dodge rampaging enemies from all directions. It’s frenetic and frustrating, and regularly punctuated with jaw-clenching, hate-seething difficulty.

A friend in need – Serious Sam 3 totes a cooperative experience that’s anything but tacked on. Both the lengthy campaign and the endless Survival mode are playable with a buddy via split screen or a gang of up to four friends over Xbox Live. Thoughtful considerations like instanced pick-ups (everyone gets the gun, the health pack, etc.) and cutscene vote-to-skip features really drive home the user-friendliness of the cooperative design. It’s a huge point in Sam’s favor as the injection of a teammate can liven up an inherently repetitious genre. 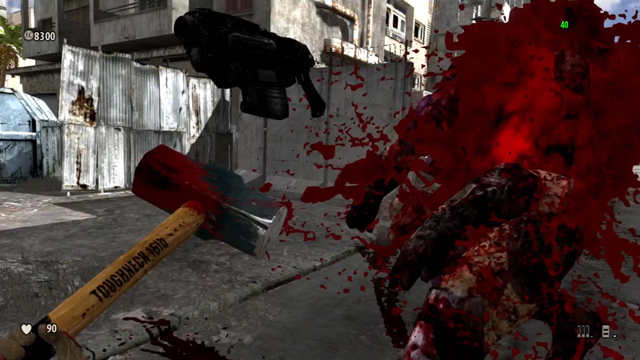 Traditional to a fault – For all its bells and whistles, Serious Sam 3: BFE essentially boils down to a brisk jog from one arena to another, pumping round after round into absolutely everything. Its shoehorned plot does little more than loosely connect a dozen levels of wave-based combat; primarily told through cutscenes that feature Sam Stone dropping the “MF-bomb” like a maladjusted sailor and walking, intently, toward camera. Normally, that would be fine. A game doesn’t necessarily need to be compelling, as long as it’s entertaining – but Serious Sam 3 is occasionally neither.

Experiencing technical difficulties – There’s a lot to be said about Croteam’s impressive Serious Engine 3.5 and how much they’re able to squeeze out of it. Unfortunately, there’s quite a bit to say about the technical issues wrung out in the process, as well. Frame rate periodically buckles under the weight of BFE’s particular brand of chaos. Screen tearing is noticeable, textures are constantly popping-in and dropping out and enemies occasionally get stuck behind — or worse, inside — an obstacle. All of these little annoyances add up over time, but when the game locks up and you’re forced to power cycle, the technical instability becomes impossible to ignore. 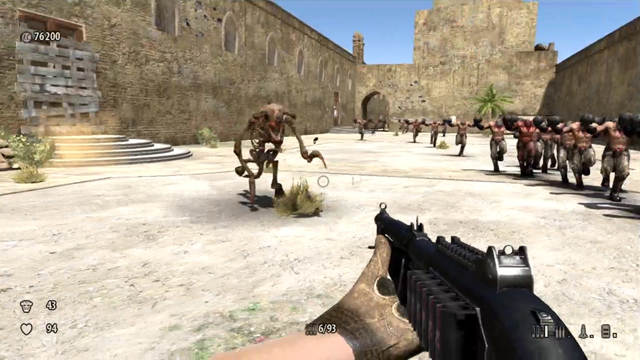 Serious Sam 3: BFE isn’t for everyone. It’s needlessly vulgar at times, a transparent attempt to seem edgy that misses the mark, winding up regretfully juvenile. It’s repetitious in design and presentation, and its tale of alien invasion could, ironically, take itself a little more seriously.

Yet for everything Serious Sam isn’t, it’s a great homage to the golden days of shooters. It’s carefree, creative, and sensationalized violence at a high octane pace. Sam’s the genuine article: a relic of the Reagan-era, when action heroes were as big as their guns and one-liners were as vital to the mission as sledging space creatures. If you’re in the mood for a shiny, mindless shoot-em-up that’s light on the plot and heavy on giblets – it’s time to get serious.