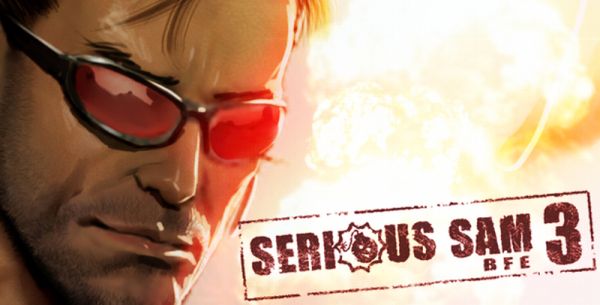 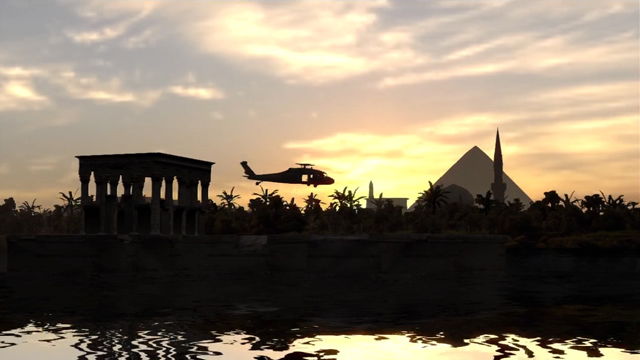 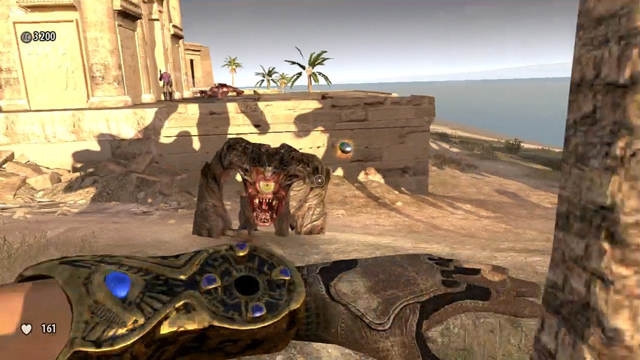 More missions, more mayhem – Jewel of the Nile adds three new levels to the already lengthy Serious Sam 3: BFE campaign. Though they don’t progress the story in any way, they’re more of the frantic alien-blasting, sledgehammer-swinging frenzy that fans of the title will appreciate. These levels have a heavier emphasis on elements that are only briefly touched upon in the main campaign: jetpack gameplay and puzzle solving. While finding keys and obliterating aliens is still the primary focus, it’s a fun change of pace.

Multiplayer modes – The competitive multiplayer component included with Jewel of the Nile adds the ability to jump into free-for-all and team-based matches with online opponents. The tried-and-true Deathmatch, Team Deathmatch and Capture the Flag modes make the list, as well as some unique variations. Instant Kill adds the twist of needing only one bullet to score a frag, Last Man Standing removes respawns during the round, and My Burden finds players accumulating points when carrying an item that removes their ability to sprint. You can also participate in a competitive score chase with players through the Beast Hunt and Team Beast Hunt game variants, where you’ll drop into campaign missions and fight for kills against waves of monsters. 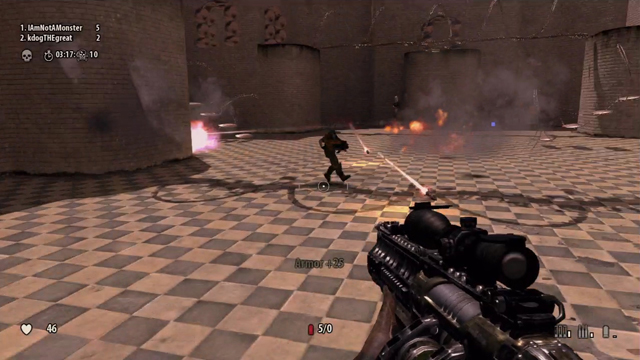 No man’s land – The biggest issue, by far, with the Jewel of the Nile multiplayer component is the lack of opponents. Though the online leaderboard indicates a pool of hundreds of potential players, during the course of our review we’ve only encountered a handful. Granted, this isn’t a fault of the game, but a multiplayer component is only as strong as the community it cultivates, and in this case that simply doesn’t exist.

Deja vu – Despite the relatively deep roster of game modes available in multiplayer, Jewel of the Nile only brings four maps to the table. Two of these are rehashed assets from different points in the campaign, while the other two are variations on the same walled arena designed specifically for multiplayer. If you’re able to wrangle together enough people to play, you’ll quickly find yourself maneuvering around the same environments every few rounds, which is enough to kill any longevity the multiplayer feature adds to this downloadable offering.

Show me the money – It’s pretty clear that the Jewel of the Nile DLC is a blatant grab for cash. The three additional levels take place during the Serious Sam 3: BFE campaign (between levels 9 and 10) and were either scraped off the cutting room floor in order to have enough content for a separate DLC offering, or worse, removed intentionally and packaged with multiplayer in order to justify the price tag. As each level can be completed in about an hour and multiplayer is missing the “player” portion of the feature, you’re essentially buying three more hours of campaign that were deemed needless enough to be removed from the plot entirely. 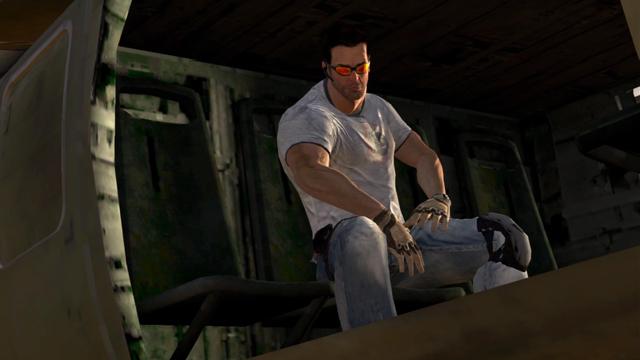 Jewel of the Nile shouldn’t exist. The content offered with the package could have easily been included with Serious Sam 3: BFE given the nature of the campaign levels and the lack of multiplayer maps. Ironically, Jewel’s biggest problem – the lack of any real multiplayer community – would have been avoided had that been the case. Together, Serious Sam 3: BFE and Jewel of the Nile would have made a noteworthy, value-packed game. It’s a shame that the decision was made to tear it into disproportionate pieces, because as it stands now, Jewel of the Nile isn’t worth a purchase, let alone the hefty price tag it carries.