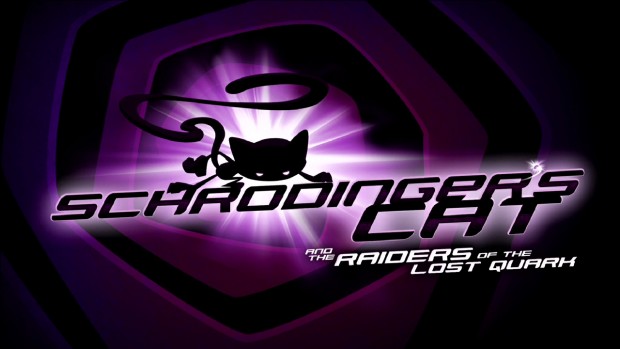 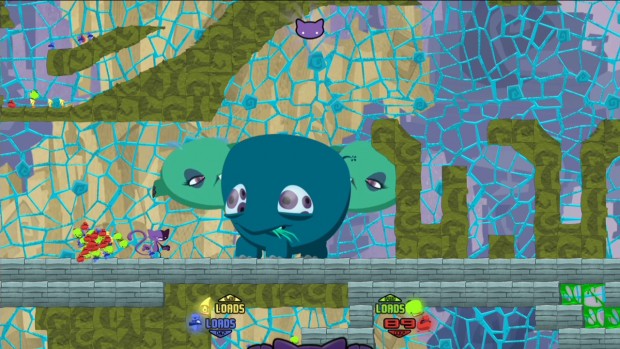 Bag ‘o tricks — With a total of 14 combinations of skills, many unique terrain traversal moves exist. Skills are created through the usage of Quarks, strange little creatures that follow the protagonist when picked up. The beauty of the system is that most skills are quite logical thanks to four different-colored Quarks that serve different purposes. For example, yellow associates with upward movement, and blue associates with destruction. When three yellow Quarks are combined, the player can use a helicopter-like hovering ability for a few seconds. When three blue Quarks are combined, the player drills through any breakable ground twice in short succession. When a combination of three blue and yellow Quarks are joined, a missile is formed that can be used in any direction for a short distance to break any destructible terrain. The concept is well thought out.

The choice is yours, usually — In continuation of the above feature, many segments let the player have free reign on which skills to use to progress. Need to go up? You have options: use three yellow Quarks to float, three reds to make a platform, three reds and yellows to create a forward moving platform, three greens and reds to make a trampoline or other creative solutions depending on the terrain. Most players will end up sticking to one or two skills, though. Other segments limit the usable Quarks and force the player to choose skills wisely to proceed.

When what’s on-screen isn’t enough — Schrödinger’s Cat offers the player the option to view a more panoramic view of the level layout by pressing Y to zoom out. It doesn’t show the entire area, but it does show everything in the general vicinity. The added bonus is that it’ll generally point out the location of where enemies can be found and where the exit is for the level. Blind jumps should not be a problem. The one small drawback is that the player can’t move when zoomed out, but neither can the enemies. Bag ‘o tricks — The concept is well thought out, but the execution could use fine tuning. At 14 different skills, there are just far too many skills to remember, and not all skills will see equal usage. Outside of the net ability, I had a difficult time remembering what skills equated to each of the color combinations. It ends up feeling like a case of not being able to teach old dogs new tricks, as I had to frequently pause the game to look up skills. This may be one of the few times I’d recommend having less variety available. Italic Pig’s game may have benefited from limiting players to four swappable skills, which would keep the author’s original intentions of letting the player decide what tool to use for a section without overburdening them with too many options.

A little mundane — Thanks to conversations with NPCs occurring too often and for too long, the game’s pacing is bogged down. You will find yourself in moments in which you’re thinking or yelling at the screen for the NPCs to get to the point already. If you’re one to skip dialogue, you’ll definitely do it here. To the developer’s credit, all voice work was done by one person. The quality of the voices isn’t bad, but the content is cringeworthy at times. Italic Pig should tone the amount of chatter down next time.

Too quirky — I’d describe myself as a straight-laced person. So when the main character of a game is saying phrases like “Slabam!” or “Quarktacular,” I find myself cringing and rolling my eyes. When the Quarks in Schrödinger’s Cat started pitching in with a “Yippee” or a “Yeah, baby!” in a high-pitched tone, I started to wish for a mute button. This style of speech is consistent through the entire game and I’m consistently wishing it would stop.

A little mundane part 2 — After a while, the player may ask themselves, “Why am I playing this game?” Schrödinger’s Cat is not the only or even the worst game to make players ask themselves that question; however, there are times that more excitement is needed. The player is tasked to collect charm Quarks and optionally the escaped inhabitants of the zoo. But collection of the optional enemies can be a boring objective, and players may be left wandering aimlessly if following only the main task. The goal and exit of each level can be located easily, but the purpose of actually playing may leave some wondering. To Italic Pig’s credit, some unique segments such as chase sequences and enemies functioning as blockades spices up the action, but most gamers will find that this happens a little too late. 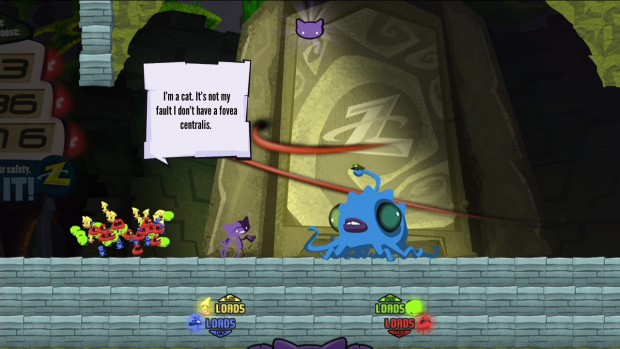 Personally, I found Schrödinger’s Cat and the Raiders of the Lost Quark to be conceptually sound but lacking in execution. The Quark system provides a great foundation for a game and affords players some freedom with their actions. However, mundane tasks and too much overly quirky (pun not intended) dialogue dampens the experience. It’s a great attempt at a game, and I would love to see a more refined follow-up title. However, I can’t recommend this one unless you’re obsessed with easy Gamerscore.

Achievement notes : Achievements are fairly fast and basic — provided you know what the requirements are. Most are actually possible to be missed by focusing only on the main storyline, and all of the Achievements can be acquired before proceeding into the point of no return, essentially skipping the last area and the final boss if the player so desires.