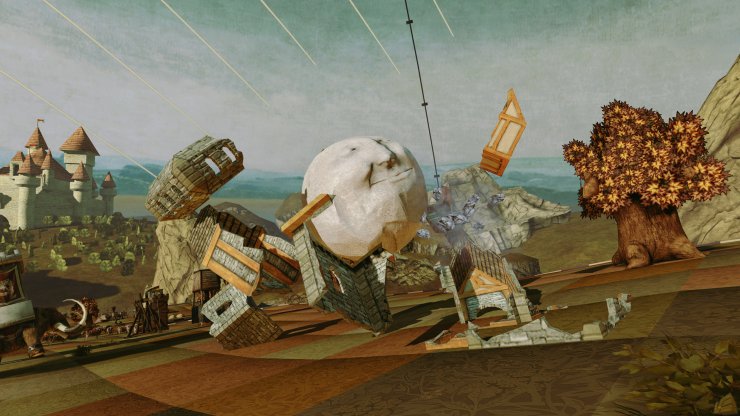 Rock Of Ages is tower defense to the extreme

IGN recently got a closer look at ACE Team’s Rock Of Ages, a tower defense game set in four classic periods of time. The game revolves primarily around the titular rock. When playing sequences involving the rock IGN compared it to Super Monkey Ball. They stated:

The basic idea is to smash a circular rock through a door at the end of various courses. These courses require you to steer your rock, Super Monkey Ball-style, towards the door on the far end of it over and over again. This slowly whittles down the door’s strength until you smash it, where you can conquer what sits on the other side of it in order to move on to the next stage.

Rock Of Ages is due for Q2 2011 release on XBLA.  Atlus is publishing the title for XBLA, and PC and PSN releases are also planned.