Set in a “voxel world” (think Minecraft), Riverbond has eight stages to complete, each with their own bosses and unique objectives. It’s a goofy action game that feels a lot like a dungeon crawler. The adventure can be played alone or with up to three other players on the same console. Your main goal is to defeat a boss at the end of a world once you’ve completed the objectives in various stages. There are checkpoints but no save points, so you must complete a world in one go or you’ll have to restart it if you quit out. Each area has chests that contain weapons or skins. You can collect gems and star coins to maximize your high score, which you’re given after completing each stage.

Cute and Charming — Make no mistake, this is an adorable, if not lovable, world full of charm. Some of the enemies even look silly and not at all threatening. Crabs moving around in a goofy way trying to claw you to death is almost funny, but still threaten your life. There are plenty of skins to grab, including a total of eight cross-over characters that are from other indie games. Being Bastion was my favorite. There are other not-so-serious skins that revolve around random objects like a popcorn box or a vegetable. To top it off, everything is done in pixelated splendor.

Great Environments — From ice-covered lands to swamps infested with alligators, it seems every type of savage environment has been thrown in. They also have a nice beach area which is your welcome mat to the levels you’re about to endure. I especially liked the look of snow and ice on the ground. It glows blue and is almost relaxing. The waterfalls are not only something to look at, but you can climb up them as well. There are hidden areas to find that usually grant you a new weapon. While I’m normally not a huge fan of these kinds of graphics, it worked very well with the gameplay. The maps aren’t huge, so it’s easy to find everything without much trouble.

Over Too Soon — I’m all for short adventures, but you can complete this in just a few hours. I liked the game enough to want a few more stages, so hopefully, in future updates, there will be more added. I wasn’t able to play any cooperative, but I’m sure it can be even shorter if you had four players. It could really be a great title to play with your children or family members that aren’t normally into video games. There just isn’t enough of it to justify the price tag. If you have Xbox Game Pass and it’s an available title (or is on sale), then I would suggest picking it up. If not, I would warn against spending so much on so little.

Worthless Gems — I sure collected a ton of gems and coins throughout my time playing. Now what to buy with all of them. Nothing. You can’t buy anything with what you collect. This is a worthless feature that only ties to a high score for a level that you’ll care nothing about. I think they should cut out skins from chests and allow you to instead purchase them with this in-game currency that instead acts as a high score system. Every time I saw a green gem I was not tempted at all to grab it. I wanted nothing to do with them, as they just wasted my time. That or maybe allow them to be used to purchase upgrades or something. I don’t know, they’re just kind of thrown in as a distraction.

Not Randomized— Chests are abundant, however if you replay a level you’ll always know what you’re going to get. You start each level fresh, but you can only obtain weapons that are specific to that stage. Worse, some items you get are just horrible. Even if they seem powerful, certain swords are too slow or slap items are too weak. Your normal sword does the job sometimes better. If they would have added random loot, this would have made much more sense. Because skins act in the same way, I actually had the achievement for unlocking 25 skins locked out. I obtained 40 total and even had the achievement for 35, so I have no clue why it won’t unlock. I had a skin from Psychonauts that I even have a screenshot of. It vanished, and for some reason my profile is tied to these skins. I erased my save, went offline, and had zero skins. I opened chests that were supposed to have skins in them, and all I got was gems.

For what it’s worth, the extremely small amount of time you’ll play this game will be entertaining. You can do everything within a couple of hours but you’ll likely enjoy your time. I liked it a lot but I also played it on Game Pass. I would regret buying it for the asking price, so if you don’t have a Game Pass subscription or it’s no longer available in the library, maybe wait for a good sale. I don’t normally like to talk about pricing, but I think it’s pretty important that you know ahead of time what you’ll be enjoying won’t be for very long.

Riverbond was published and developed by Cococucumber on Xbox One. It was released on June 29, 2019, for $29.99. A copy was obtained via Game Pass. 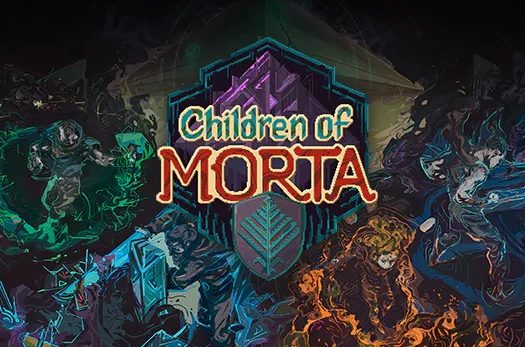 Read More
Children of Morta Review: All in the Family
10 years ago
MediaVideosNews