The Micro Machines series has long been the standard for top-down arcade racing games.  Keen Games seeks to dethrone the series from its thrown with TNT Racers.  Released on February 9 for 800MSP it packs quite a punch for the price.  But is it better than a Micro Machines title, or just a dime a dozen clone? 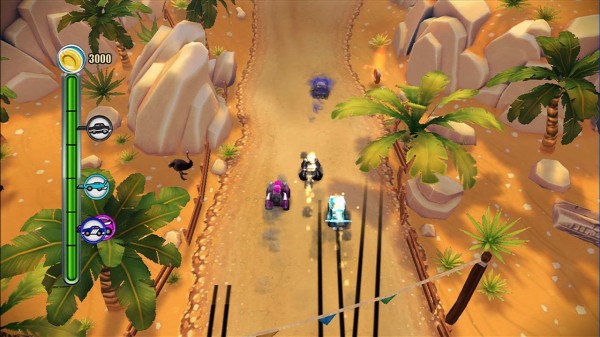 Plenty of variety – TNT Racers features several tracks, each with an unlockable reverse version.  Vehicles aren’t in short supply either and come in your Crayola variety of colors.  Multiple game modes change up the standard race variation, and there are multiple powerups to use while racing, each with a distinct advantage. 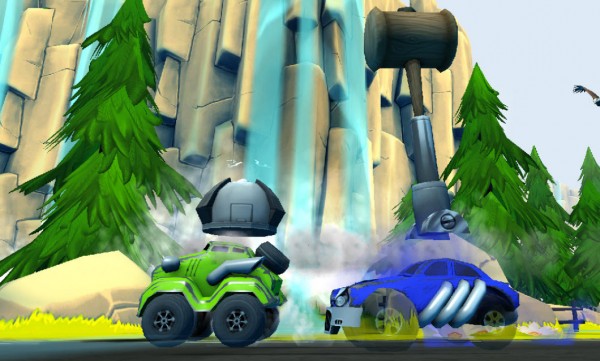 Slow to get going – Make no mistake, while the game is fun, it’s meant for multiplayer sessions.  Those who prefer playing solo will find the game takes a while to get moving.  Players are tasked with completing challenges which at times can seem monotonous.  Without the help of a friend the game can occasionally get a bit dull. 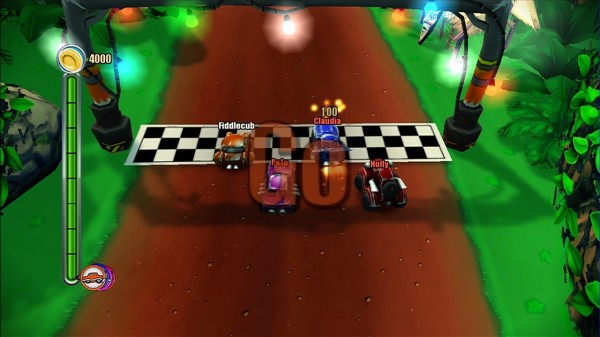 TNT Racers is an absolute joy to play.  It easily knocks Micro Machines off its thrown as the best top-down arcade racer.  Family and casual gamers will be supremely happy with their purchase.  Hardcore gamers may want to play through the entire trial before deciding to drop the 800MSP on the game.  If nothing else, this is an absolute must-buy when the game is introduced in an Xbox Live sale.