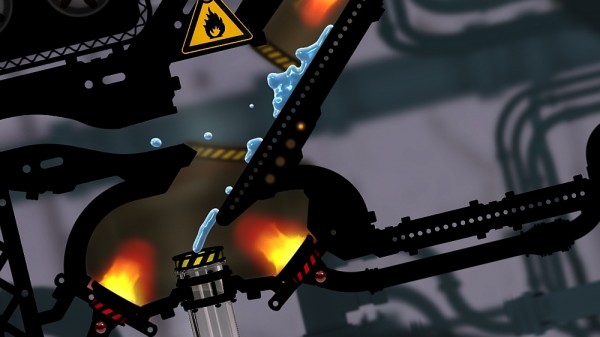 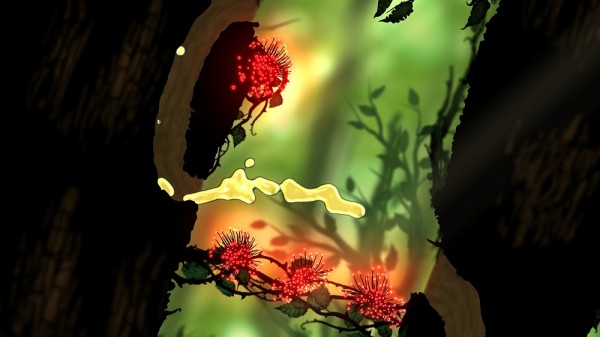 Purdy visuals – One thing is for certain, Puddle is a good looking game.  Still images of the game replicate famous watercolor paintings and witnessing the visuals in motion are even more impressive.  Although not much is taking place as you try desperately to guard whatever liquid remains, you may find yourself feel a certain peacefulness that the graphics provoke.

Soundtrack – As is usual for a game of this nature, the soundtrack is full of ambiance and subtle electronic beats.  It doesn’t over-saturate the experience and it provides a calm backdrop to the soothing visuals.  When the action starts to intensify, so does the soundtrack.  It won’t win any awards but we enjoyed it. 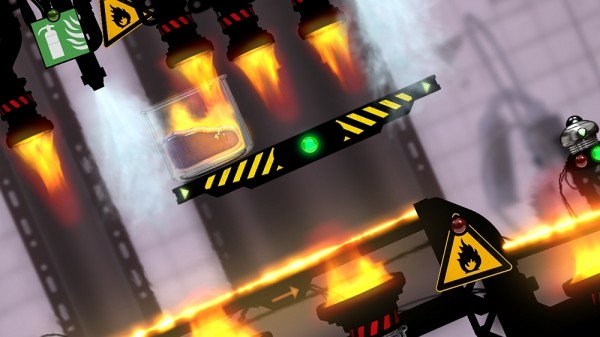 Difficulty –For a game with limited controls and a simple interface, Puddle is very challenging, but in an unfair way.  Instead of having the pool of liquid constantly banded together, the game has many elements that break it up, and whatever lags behind gets thrown off your overall health meter (which is based off how much liquid remains). As a concept, this is fine, but it doesn’t work so well because if the camera pans too far ahead on an unforgiving slope, remnants of liquid you expect to save get left behind.  Not to mention that when you reach the exit, the game doesn’t allow enough time to gather all of the liquid you have pending, and instead ends the level prematurely with whatever is in that specific playing field at the time.  Luckily, you are allowed to skip stages from time to time because you will bump into hot objects way more than you want that will disintegrate the liquid.

Not fun – Puddle would be a great iOS game using the accelerometer but on XBLA it feels lacking.  It’s just not fun to use the trigger buttons to tilt the screen and play with this goo. The developer could have used Kinect in its favor for a genre such as this.

Lack of content – Despite a lengthy single-player mode, not much incentive exists to come back for more. There is a limited lab mode which allows you to play with the game’s physics, but you won’t be using that mode too much.  You can try to improve your mastery of the single-player game by preserving the most liquid per stage, but the frustrating controls will make this more difficult than fun. 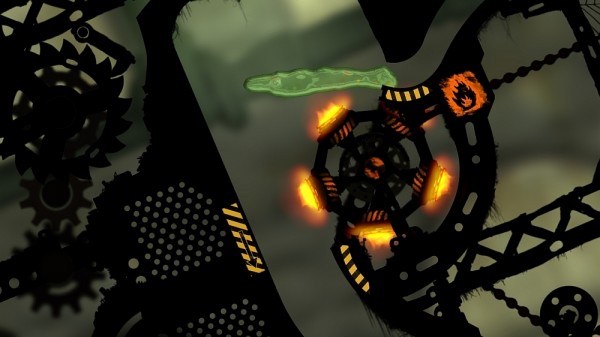 Puddle has promise, and if it weren’t for the limited controls, unbalanced difficulty and lack of fun, the developer would be on to something.  In the game’s current state, it would be better suited on iOS and players will immediately notice this.  In an industry that requires at least an initial bout of optimism, we feel really pessimistic after playing this one.