There was once a time when a frequent topic of conversation among young gamers on school playgrounds everywhere involved then console rivals Nintendo and Sega teaming up and bringing their franchises to the same console. After the Dreamcast console’s cancellation in 2001 that eventually happened, as Sega, now a third-party developer, has frequently allowed Sonic to appear side-by-side with Mario in a number of games. Now gamers are left to dream about what it would be like if Mario came to the house that Master Chief built?

It sounds far fetched, but Sonic and Mario playing nice together sounded equally as insane in the 1990s. Minecraft: Wii U Edition is a thing that is happening next week, which means the biggest Microsoft-owned franchise is on its way to Nintendo’s current home console.

“Nice to get to work with Nintendo on this,” Xbox head boss person Phil Spencer tweeted in the wake of the announcement of the partnership. “Great to see Minecraft coming to WiiU [sic].”

What if the partnership went the other way, with Nintendo characters or franchises coming to an Xbox platform? When asked, Spencer didn’t shoot down the idea. In fact, he responded that he’d “be happy to see that.” 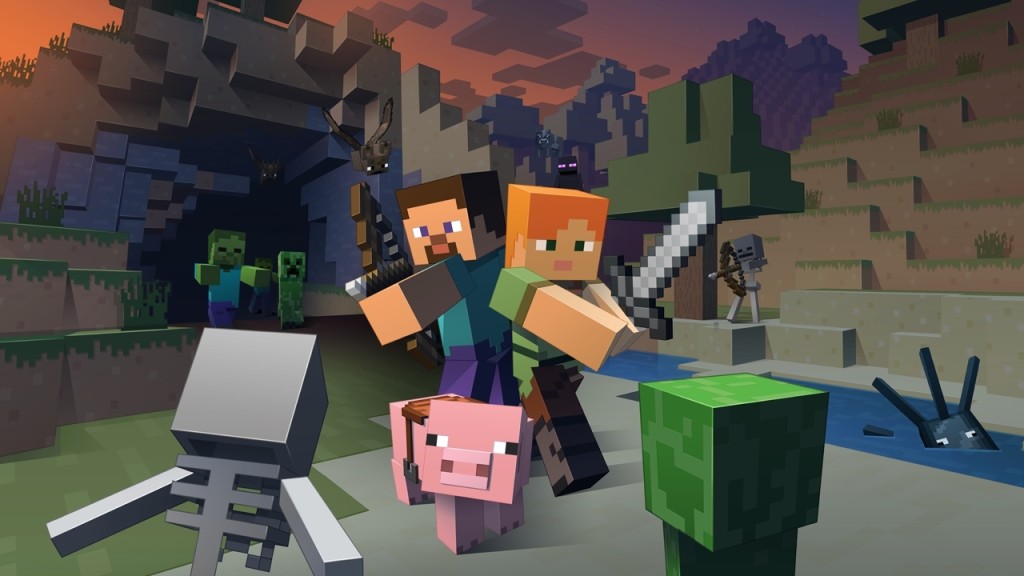 That revelation led to the inevitable request for him to find a way to bring the 1997 first-person shooter Goldeneye to the Xbox. A tie-in to the James Bond movie of the same name, Goldeneye was of course developed by Rare for the Nintendo 64 before Microsoft purchased the former Nintendo second-party developer.

“Goldeneye rights are so challenging, looked at this many times. Lot’s [sic] of different parties to work with, we’ve always given up.”

Of course, there are more hurdles than just rights management to overcome before anything Nintendo would wind up on an Xbox console. Nintendo has historically protected its franchises even more fiercely than its consoles.

And though there is always the possibility that Nintendo will one day stop producing hardware and go the route of Sega in becoming a third-party developer making games for its former rivals’ consoles, amateur and professional analysts have been predicting such an outcome since the Nintendo 64 was outsold by the PlayStation One. Not only has that reality yet to materialize, but it’s strongly believed that Nintendo will unveil and possibly even release its next console, code-named NX, in 2016.