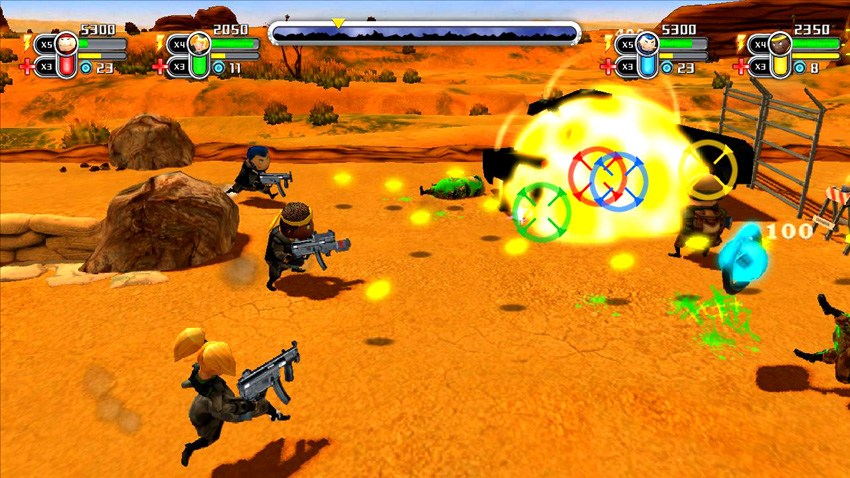 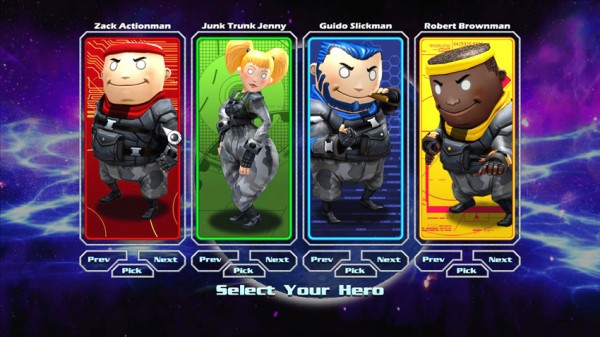 Majestic-12 is a 3D side-scrolling shooter being developed by Exis and is being published by Reverb. The story of the game begins with you controlling your choice of one of five characters and setting out on a mission waging war against the aliens that have ambushed the defenses at Area 51 and captured the rest of your comrades.

The game features a very colorful bullet hell that takes a ride through eight stages broken up in to sixteen missions. Each stage will feature two bosses one at the end of each internal mission. Six of these stages are 3D side-scrolling action packed environments filled with many upgrades and power-ups for your characters. The other two stages are 2D shoot-em-up levels that feature a style similar to the one Sine Mora offers. The screens aren’t overwhelmed with loads of enemies and bullets but instead focuses more on precise and strategic placement of each shot fired. The 3D levels however feature a bit more of wide bullet patterns that require more precise maneuvering. It’s quite a nice blend of styles and it really helps keep the game fresh as it goes. 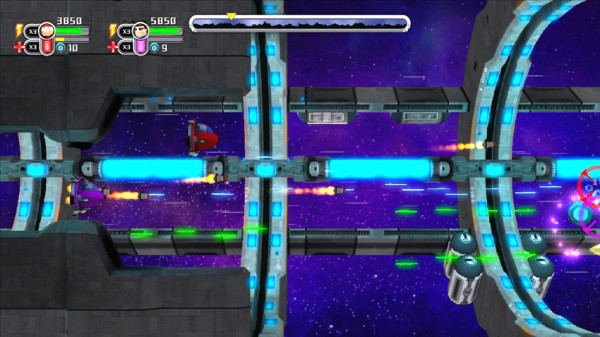 Speaking of the bosses, the boss battles tend to be over-the-top ridiculous fun. At one point I found myself battling a mash-up of a bulldozer/tank sort of vehicle that had a giant bear hear on the top of it. So imagine a giant Beardozer if you will.  It was pretty fun to beat up a giant Beardozer :)

The power ups are constant and can be found in random crates and objects in the environments. Almost ever object along the way can be destroyed and collectibles will be found in most of them. As I played through the game, I found a flamethrower, spray gun and  a rapid fire power up. You can also carry different types of guns and switch between them as you play allowing you to make each encounter strategically unique.Another great addition to the game is the constant possession of a shield that has a usage meter.

Another great feature is the constant shield availability. Instead of picking up a shield or invincibility power-up like in most games, Majestic-12 offers a  a shield with a usage meter that can be refilled by laying off the shooting for a few seconds or by timing shield usage at precise moments. And it that isn’t working for ya, they also threw in a bomb/clear screen mechanic that you are likely familiar with from other action shooters.

The game features up to four-player drop-in/drop-out co-op. I was able to manage my way fairly decent on my own, then a developer jumped in and so did another random onlooker. The game didn’t seem to scale the difficulty at the time but that may have been because we were playing on the 2nd of the four levels of difficulty at the time. 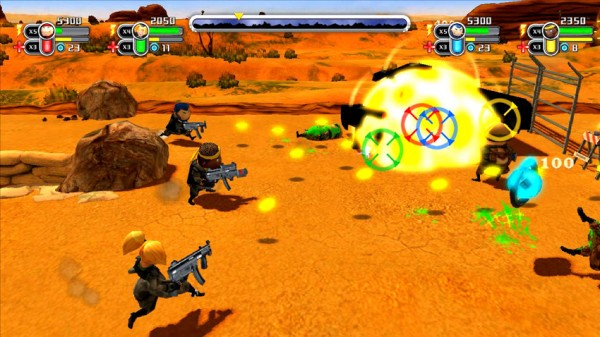 With all that said, my favorite feature was the control schemes offered. There were two different control schemes to chose from and that made a world of difference in my opinion. One option mapped action buttons to the X,A,B & Y buttons which I did not like. But the other option mapped actions to the LT,RT,LB & RB buttons which I absolutely loved.

Exis is hoping to bring Majestic-12 to all major downloadable platforms . For now PC is the main focus in the works. But talks with Microsoft are underway and hopefully we will see a XBLA release of the title sometime in the coming year. But if not, I urge you to check this one out when it does make it’s way to the PC market. I had a lot of fun demoing this one. I can’t wait to see more.