We’ve all heard the stories of the atrocities during WWII. There are some stories where Germany was using experimental technology and horrific methods. What about the paranormal and occult ones? This is where Nine Witches reveals the totally true history that was hidden from us. Two unsung heroes emerge as the true champions of that era. Alexei, a professor of occult sciences, and his assistant, Akiro, must travel to a rustic town in Norway. There, they must unravel the mysteries of the Dark Moon and an ancient curse. While tagged as a point-and-click adventure, you are able to move around freely and there is even some combat. It’s kind of an evolution of the genre!

Witching Hours — The story is able to make witches, ghosts, aliens, zombies, and Nazis all fit together in one adventure. The pair of heroes work so well together, both in personality and skills. I’m not normally a fan of reading all of the dialogue but I was talking to everyone just to see what they had to say and to get an idea of why they were there. There’s a mime that randomly attacks and kills soldiers then runs away. You eventually find more about why he is doing it and really can appreciate the characters even when developed in peculiar ways. There are so many crazy things going on that at times it may be hard to keep track of everything yet it’s so fun that you just don’t mind.

Quirky and Dark — From the very beginning, you know you’re in for a silly adventure. There are plenty of immature jokes and references that actually fit nicely into the story. My favorite scene is when you’re talking to a clown at an outside party. The protagonists take this break to get a good laugh and it’s quite contagious. Some of the humor may gross some people out… like drinking a drunk man’s urine. I had no problem with any of it. It was cleverly implemented. If you are a fan of games like the classic Monkey Island, you will not be disappointed.

Ghost Talking — A really creative way to explore is by using the power of the professor. You float around in an out-of-body experience. Locked doors can be bypassed. Though you can’t grab items or unlock the door from the other side, you are able to see what’s there. The main reason behind it is to talk to people who have died. Sometimes they don’t even know that they’ve been killed. This makes for some silly conversations. Later on, you will gain an extra ability to sort of control people who are alive and with “weak minds”, as they explain. This allows you to now open certain doors or make people go to sleep so you can bypass a certain area. It’s a really cool addition to problem-solving.

Just the Right Amount — Sometimes games can be challenging when there isn’t much direction. While there is hardly any hand-holding here, everything seems to make sense. As you explore and find items, it just clicks in your brain what to do. Only a few times did I have to explore multiple areas and comb them to figure out the next step. Because of the areas being so small, it’s easy to solve most of the tasks, clues for which you can get in a journal. I was able to enjoy my playthrough without having to scour the internet for answers.

Broad Side of a Barn — A surprising addition to a point-and-click style game is combat. There are several times you will be facing enemies (living or not). While I did enjoy these combat sections, there was difficulty in hitting your target. The aim is a little awkward, to say the least, as you shoot straight but it’s hard to tell the projection of the bullet compared to the location of the enemy. Sometimes you miss when you think you had a good shot. Also when you pick up a gun and it runs out of ammo, you have to go grab the starting pistol you dropped as it has unlimited ammo. I did enjoy these sections, but it could use a few tweaks.

GPS Won’t Save You — Two areas were somewhat tedious. You will explore a forest and certain paths take you places, but going the wrong way starts you over. After memorizing the paths it isn’t too difficult but it gets a little worse in the caves. These sections are a little annoying to revisit and the only sections of the game I wasn’t thrilled about.

A fresh breath of air, Nine Witches has whacky charm. There were only a few things that could have used a tune-up but even those don’t deter from a great time. I finished it in around five hours and loved every minute. An even longer adventure would have been awesome. The mixture of combat and talking to ghosts really set it aside as a unique gem among the genre. Sometimes the story was a little hard to follow but the pacing was still perfect. I never felt anything was rushed or too slow. The writing and humor were incredible. My hope is that more content with the same characters will be created. It’s franchise-worthy in my opinion!

Nine Witches: Family Disruption was published by Blowfish Studios and developed by Indiesruption on Xbox One. It was released on December 4, 2020, for $19.99. A copy was provided for review purposes. Read More
Nightmares from the Deep: The Cursed Heart review: Pirates and Mah-jong? 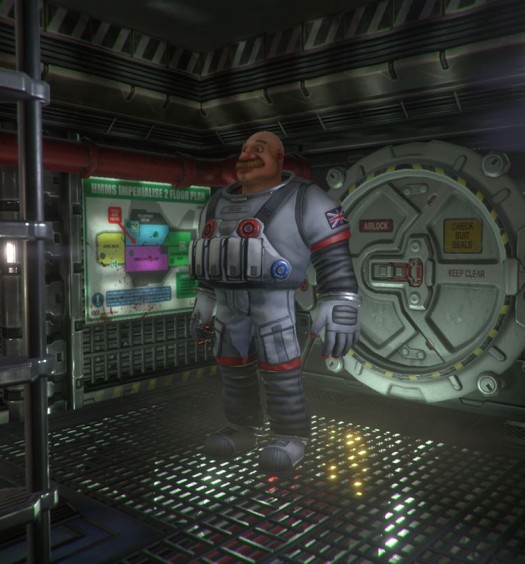