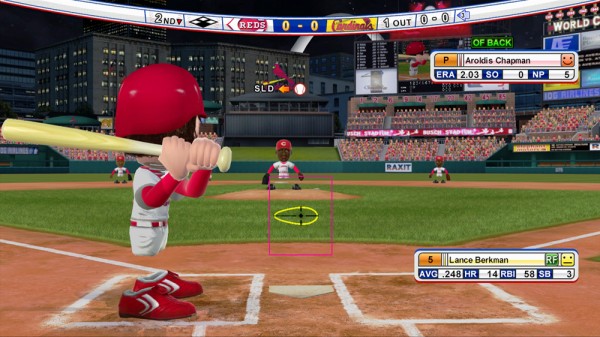 *This has still yet to be released, no word yet as to why or when, but we will let you know when it finally releases.

This digital downloadable game add-on brings all the fanfare of the State Farm Home Run Derby® and the MLB® All-Star Game home in classic bobblehead fashion. Play with the best of the best oversized cherubic-face nodders in a bobblehead themed version of the 2011 MLB® All-Star Game. With a creative likeness to pro-baseball super stars, MLB® Bobblehead Stars will come with a complete roster of all the State Farm Home Run Derby® All-Star participants hitting it out of the park at Chase Field in Phoenix, Arizona.

In the “My Bobble” Career Mode, select a favorite bobblehead player and get a taste of the big leagues through an entire MLB® season by stepping up to the plate and hitting a homer. From the first pitch to the final out, players can increase their game stats and performance through 162 game battles in the new “My Bobble” Play Mode.

MLB® Bobblehead Stars is DLC for MLB® Bobblehead Pros and is now available for download on Xbox Live Arcade for 400 Microsoft points just in time for the 2011 MLB® All-Star Game, which will take place at Chase Field in Phoenix, Arizona today.