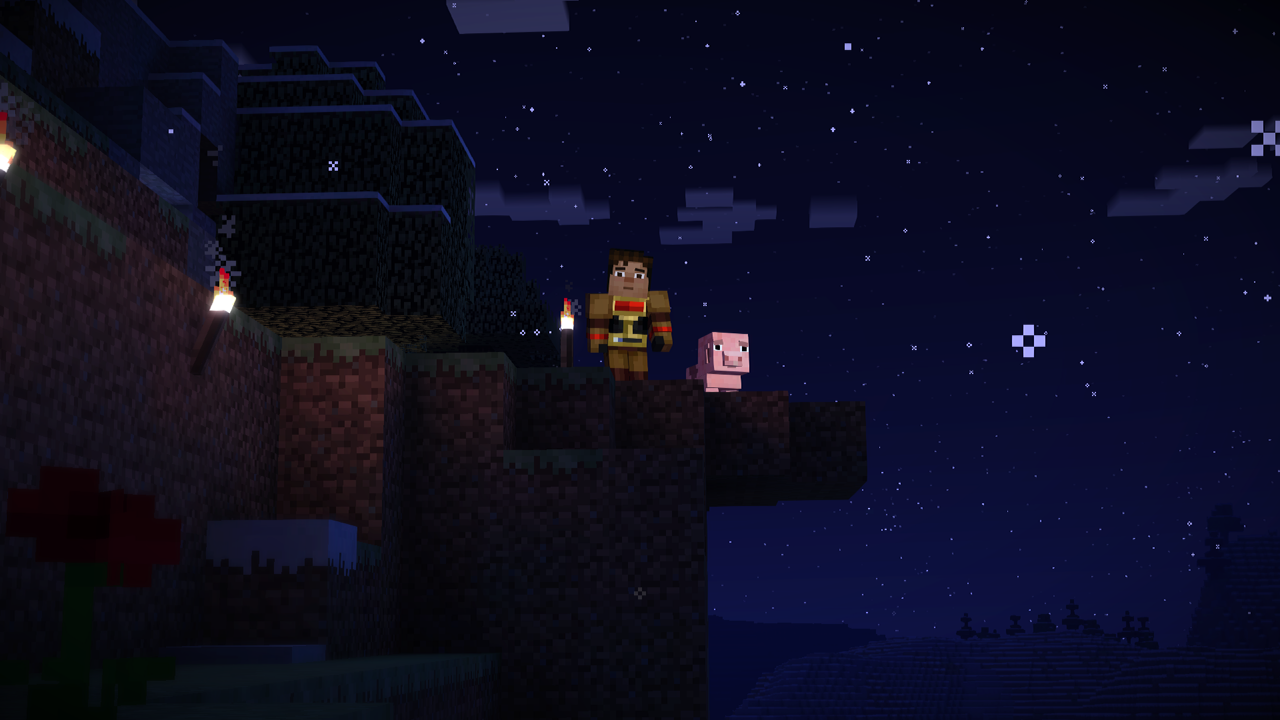 Minecraft Story Mode Episode 4: A Block and a Hard Place review: Withering away

Minecraft Story Mode Episode 4: A Block and a Hard Place review: Withering away

Wow, that was unexpectedly dark. A Block and a Hard Place is a more serious turn for Minecraft Story Mode, as we see more complicated, emotional themes added into the mix. This certainly isn’t a knock; these story beats are handled well, but it will no doubt be a bit off-putting for some players. Minecraft is the last game you’d expect to make a player confront mortality or question long-standing truths. It’s enough to make me question whether Minecraft: Story Mode is truly meant to be a fun, family-friendly series or just another step in Telltale’s dastardly plan to gradually depress every member of the human race.

While the story remains good, what most impressed me most this time around was the gameplay. There’s crafting, memory puzzles and even a maze to navigate. There’s more direct control over the protagonist here than there has been in most Telltale outings in quite some time. It’s really refreshing to do more than just talk and to make choices outside of dialogue trees. Sure, nothing about the gameplay is extremely complicated, but at least it’s more interesting than walking straight and interacting with an object to progress.

Telltale marketed this episode as the end of the adventure at hand, and after playing it I can confirm it is functionally a true finale that’s just one episode too early. The quest to defeat the Wither Storm is filled with grand sights, big reveals, cool surprises and one intense climax. It hits all the beats we’ve come to expect from the series, albeit with so much more melodrama that it borders on excessive. The narrative is neatly wrapped up with a tiny bow by the end credits, yet leaves players with a good idea on what the final episode will be about. At this point it’s hard to imagine it will be nothing more than an elongated epilogue, but only time will tell.

Minecraft: Story Mode Episode 4: A Block and a Hard Place was developed and published on Xbox 360 and Xbox One by Telltale Games. It was released December 22, 2015 for $4.99. A copy was provided by Telltale Games for review purposes.