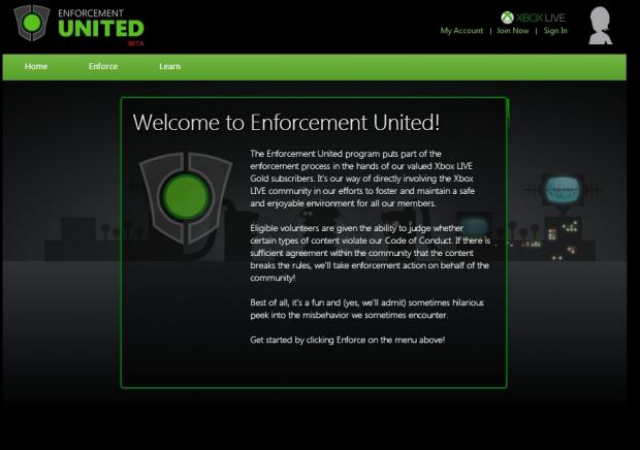 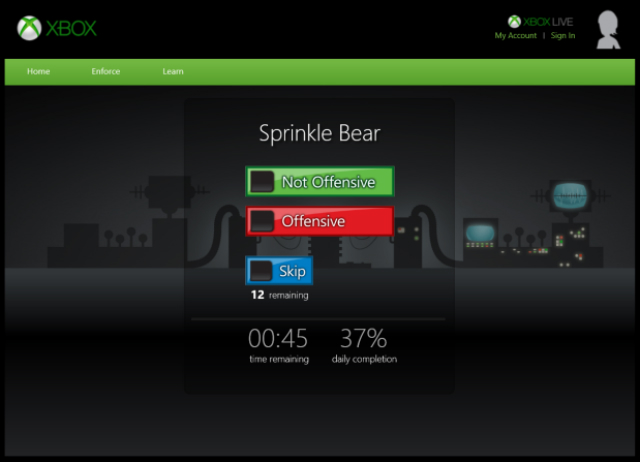 Microsoft recently announced its new user driven policy policing program called Xbox Enforcement United. While Xbox Live members have always been able to moderate other users by avoiding them due to ‘Communication,’ ‘Behavior’ or ‘Player Skill,’ this new system sounds more powerful and aims to give members control over their enjoyment of Xbox Live.

Only a day before Enforcement United was announced, Micheal Dunn, program manager on Xbox Live, made a post describing the Xbox One’s community driven reputation system that will help users avoid other players that have proven to be less than desirable. The new system rates users in the following way: “Green = Good Player,” “Yellow = Needs Improvement” and “Red = Avoid Me.” Dunn goes on to explain player classification is determined by “a crazy algorithm we created and validated with an MSR PhD to make sure things are fair for everyone.”

While the new community driven service is created to help everyone avoid trolls and have more fun on Xbox Live, some users may be worried those very trolls they are trying to avoid will use the system to their advantage. Microsoft has anticipated this very problem. It tells CVG, “We have built in a series of carefully designed controls so no individual participant can wield unchecked power over another. The system will also continually calibrate itself to understand how reliable the data is and the sources it comes from.”

Members don’t have to wait long to try this new system because Microsoft has already begun beta sign-ups. Microsoft says, “Members who join the Enforcement United beta will participate by providing their opinions on whether particular content, initially Gamertags, violate the Xbox Live Code of Conduct.” Xbox Live members interested in taking part in the Xbox Enforcement United beta can sign up here. Now get out there and make online games safe for everyone!