Another look at the party game Ultimate Chicken Horse

Another look at the party game Ultimate Chicken Horse

I covered Ultimate Chicken Horse during PAX Prime 2015. Shortly after PAX, developer Clever Endeavour Games announced that they were going to refocus their efforts towards online multiplayer instead of focusing on local multiplayer due to overwhelming fan feedback. So at this year’s PAX East, I checked back in with the developers to see how the game was coming along and what has changed since 2015. 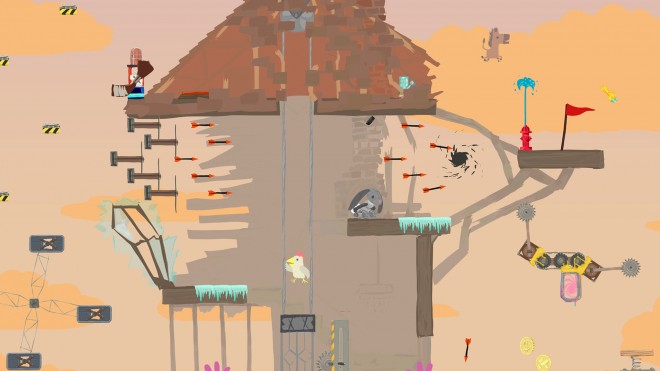 Well, first and foremost they now have the online multiplayer mode all you fans desired. This mode is already live on PC and is doing quite well with 200-300 players at a time, so matchmaking has not been an issue. When it releases on Xbox, it will obviously support online multiplayer as well through Xbox Live and Clever Endeavour is even considering working towards having cross-platform play. If you do not have Xbox Live, no worries, you can still play local multiplayer and even by yourself in the free play mode. 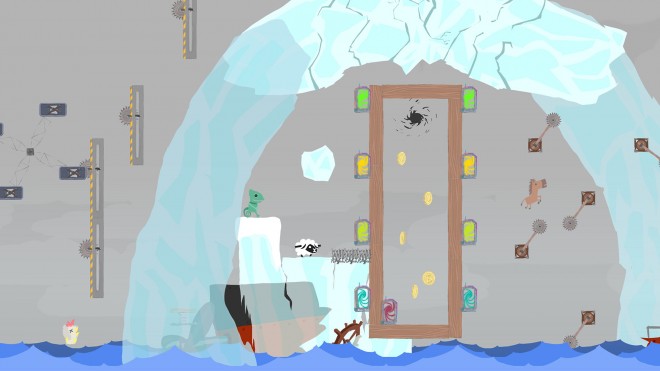 The game itself still plays and looks the same, but since PAX Prime they have added a good amount of new content. First, there are new levels, bringing the total number of levels to 10. There are also new blocks and obstacles including a paper airplane. This obstacle is cool because if you hop on it in just the right spot, you can actually ride it forward. Finally, there are three new playable characters as well: Chameleon, Robot Bunny, and White Squirrel.

A lot of these additions, including the characters, were developed by the game’s Kickstarter backers. People that pledged $1000 or more, worked with the development team via Skype to develop their own characters. The results are the new characters you will see when the game releases.

I was personally sold on this game before all these additions, so this is just the icing on the cake for me. Ultimate Chicken Horse is expected to release this summer on the Xbox One. Make sure to keep checking back for more release information or a review.