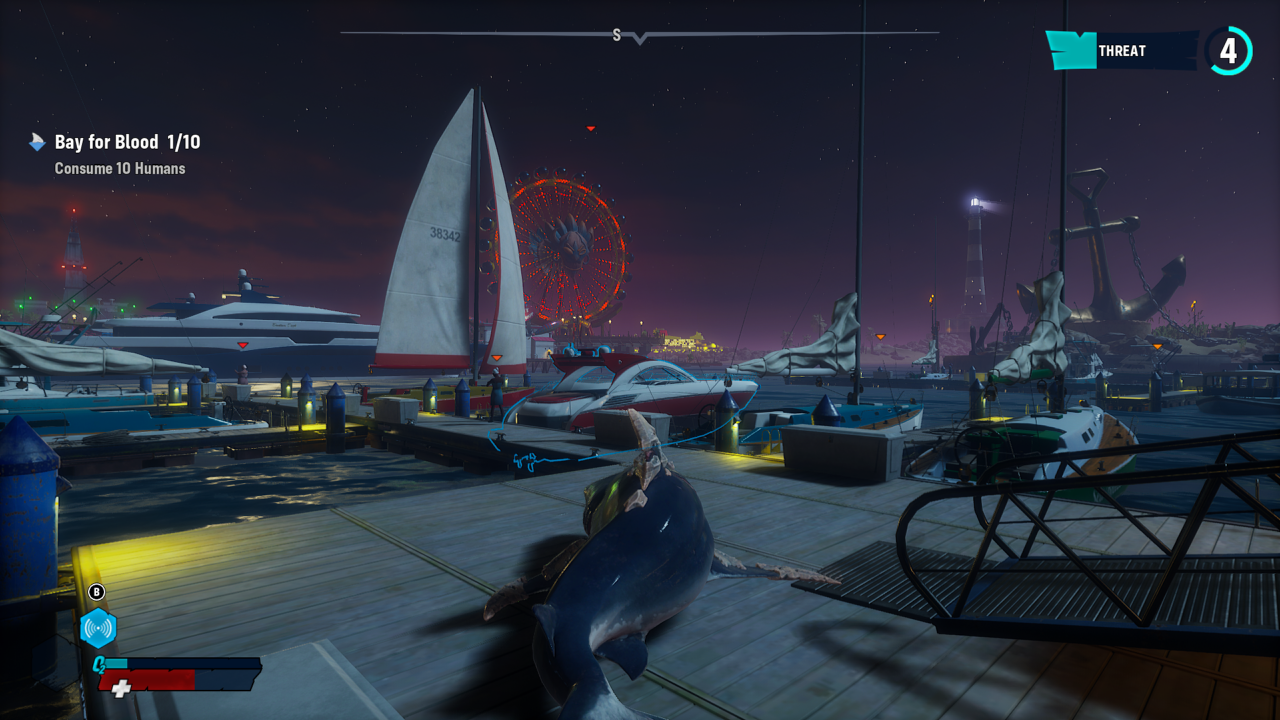 Maneater review: We’re Not as Cool as Sharks

By Nathan Bowring  •  7 months ago

Maneater review: We’re Not as Cool as Sharks

Statistically speaking, humanity’s fear of sharks is largely unfounded. Attacks are so infrequent that yearly death counts rarely go beyond single digits. It’s not something you should be worrying about on your trip to the beach but that doesn’t make the idea of an attack any less terrifying. With their beady eyes and rows of sharp teeth, it’s a wonder how these beasts haven’t pushed surfers to the point of extinction. Maneater is a game about letting the shark live to its fullest potential, dropping it in well-trafficked waters just to watch the oceans run red.

Just keep swimming – Underwater swimming is usually a pain in video games, but Maneater nails it with a simple, responsive control scheme. Just point the left stick forward to move, and use the right to “steer” the shark wherever you’re looking. Add in a speed boost and some directional dodges, and you got a massive killing machine that’s surprisingly maneuverable. While swimming is smooth, it’s the combat which really makes things interesting. Tooth-based attacks are done through the right trigger: tap to chomp, hold to drag and/or thrash. Biting has a slight lock-on lunge, so you don’t need precision to grab your lunch. Besides teeth, you also have an enemy-launching tail-whip and battering ram abilities at larger sizes. While a bit over-the-top there’s a real impact in every attack, making ripping apart prey both horrifically garish and immensely satisfying.

The seven seas – For a game that could’ve easily been set in a wide, featureless ocean, its world is incredibly diverse. It takes place across multiple bodies of water, interconnected to create a mostly seamless open-world experience. Environments run the gamut from horribly polluted lakes to beautifully pristine gulfs with everything in between, each one with their own native species. The changes aren’t just aesthetic either, as the shifting habitats do impact gameplay. Swimming in the open ocean is very different from a shallow bog, changes that become all the more noticeable the bigger you grow. My favorite spot is, by far, the beachfront mansions, as you’re able to hop between their backyard pools to literally cause panic in the streets. With loads of objectives and collectibles dotting the map, it’s a ton of fun to just swim around and see what you’ll find.

Most dangerous game – Speaking of panic in the streets, I’ve barely mentioned the game’s namesake activity: eating humans. While you can bite into anything that moves, your true goal is to take revenge on the humans. Reality TV fisherman Scaly Pete killed your mother when you were a pup, setting you down a violent collision course both fueled by revenge and filmed for a TV audience. There’s no feeling quite like jumping from the water to pick off an unsuspecting boater or beach-goer, then watch fear spread among the bystanders. Torturing the humans is dark-humored fun, but get carried away and they’ll call in the cavalry: an endless wave of angry fishermen. Dodging harpoons, ramming boats, pulling hunters into the water one by one – it’s the game at its most challenging, but also its most satisfying. It’s like if getting a five-star ranking in Grand Theft Auto was also a SeaWorld stunt show, and, much like GTA, getting a bounty on your head never stops being fun.

Feeding frenzy – Maneater suffers from a common open-world problem – despite a solid gameplay loop, it lacks the structure to make it a compelling game. Most of the story quests just feel like side-quest busywork, either clearing areas of weak enemies or taking out mini-boss predators until you trigger the next event. Hunting humans is always a treat but the glut of standard fishing feels like a chore. Munching schools of small fry is no challenge at all, and killing anything that fights back is as easy as dodge, bite, repeat. Bigger enemies are only a threat due to higher health and damage output; there’s little variety in how you actually take them down. Leveling yourself up is just a matter of eating and completing quests. While structured like an RPG, the game feels more like a full-length Feeding Frenzy. Few upgrades have a major effect on gameplay; you’re only leveling up as a means of getting bigger to hunt bigger prey. The rinse-and-repeat nature of the missions makes the story mode drag, and while there are some cool set pieces there aren’t enough to make those long stretches between feel worthwhile.

Blow the man down – While the game’s about fish, it also has its fair share of bugs. Granted, a lot of what I encountered could be played off as fun quirks: physics freaking out, fish randomly beaching themselves, and so on. The one recurring issue that wasn’t fun were the crashes. Every time I died, there was a good chance the game would quit while loading the respawn. Thankfully there was never any lost progress, but it happened so frequently it was a huge annoyance.

Maneater touts itself as a “shark RPG”, but those RPG elements are disappointing. The world is wonderful but the story isn’t interesting, and the leveling system leaves something to be desired. But the shark elements? Those are flat out awesome! Leaping from the ocean’s depths to terrorize humans is right type mindless fun that never gets old. On those hot summer days when you can’t go to the beach, this is a fantastic reminder that you may be better off on dry land.

Maneater was developed and published by Tripwire Interactive. It was released May 22, 2020 for $39.99. A copy was provided for review purposes. 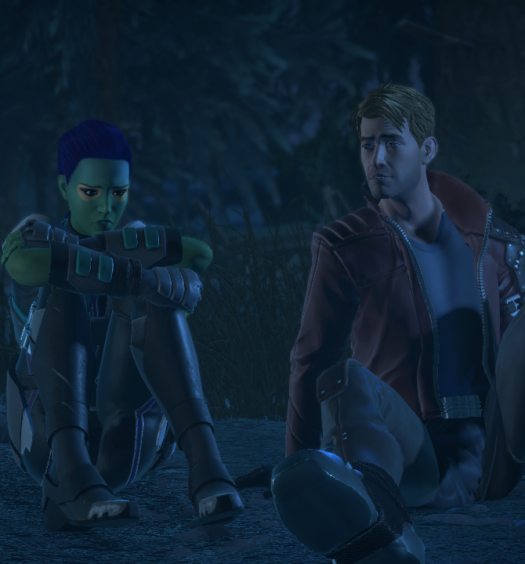 Guardians of the Galaxy Episode 3: More than a Feeling review: A little bit...