This is the part of the review where I’m supposed to give some background on the game, but I really shouldn’t have to. My editor is making me write this needless paragraph. The game is called Kill the Bad Guy. It’s a self-explanatory title. Killing the bad guy is what the entire game is about. It’s literally the objective of every single level. If you just want to arrest, tranquilize or beat bad guys until they’re unconscious, you’re out of luck. This is Kill the Bad Guy, if you’re not content with putting villains in graves you need to find another game. 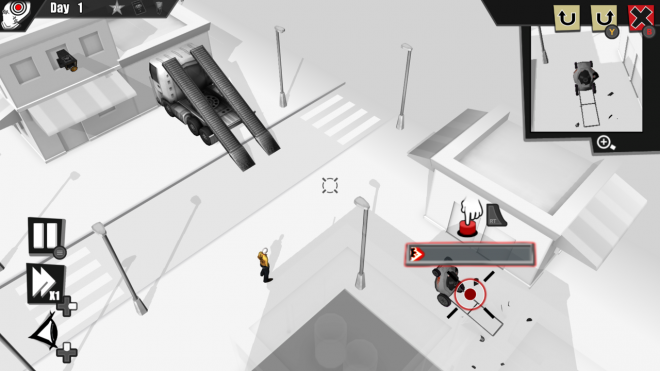 Think outside the box – Kill the Bad Guy is most easily described as a puzzle game. Each level takes place in a small area filled with tools and obstacles, and you get an overhead view of the whole scene. The bad guy is on his daily stroll, and you must take him out before he leaves the area. You achieve your questionably noble goals by moving, combining and sabotaging various objects. Each level feels like a small sandbox filled with opportunities, and it’s up to you to figure out a proper plan to kill the bad guy (and only the bad guy). While some levels can be straightforward, it’s not always apparent what the best course of action is. It’s all about strategizing and taking your opportunity at the right moment. While your victims are supposed to be the enemy, in the end, you feel like the one pulling off an intricate villainous plot.

Dumb ways to die – This game certainly isn’t at a loss for figuring out ways to murder someone: explosion, electrocution, car crash, falling piano, and the list continue on. It’s a smorgasbord of sadism, with every level requiring someone to meet a gruesome demise. The graphic deaths can be disturbing, but as they’re also the success state they can be oddly satisfying. If your sense of humor is pitch black, there’s definitely something here for you. 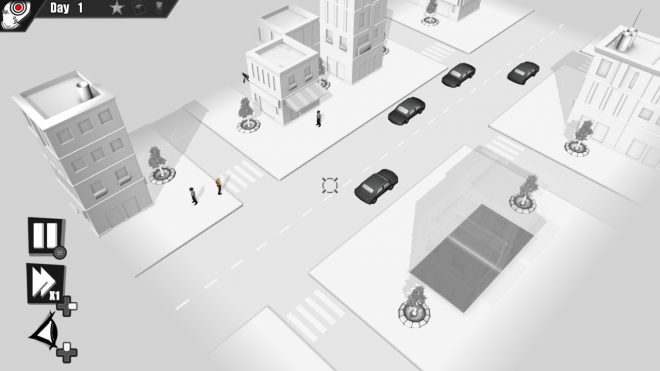 Mouse trap – You can tell this was originally a PC game. The game was obviously designed with the precision of a mouse in mind, which doesn’t translate well to a joystick. You interact with the world through a cursor controlled with the left stick, using it to select, combine and move objects. Some objects can have actions attached to them, which can be activated with the right stick or right trigger. For the most part this scheme works fine, but feels a bit sluggish and imprecise, especially the more you zoom out. When the game asks for quick reactions or fine-tuned aiming, it’s going to take a few more tries than it should.

Prying eyes – An important part of murder is discretion, keeping your actions hidden from civilians or security cameras while also making sure no civilians are harmed. It’s a great idea to make a scenario more challenging, although in practice this mechanic’s sporadic use leads to some random difficulty spikes. Vision cones default to off on every level, but at least you can quickly toggle by pressing up on the d-pad. Everyone’s field of view seems to be bigger than the game lets on; I’ve performed actions well outside the marked areas and still was noticed. Civilian-heavy levels are a pain for this reason alone, as finding the blind spot is always a lot harder than it initially appears.

Isn’t murder enough? – In each level, you can earn up to five stars, one for completing the level and four for various extra objectives. First is the secondary objective, which is given to you in the level briefing. They’re riddles that try to point you into completing the level a specific way, but many are so vague it’s hard to know just what they want. Every level also has two collectible-based objectives. One is to find a small passport hidden in somewhere in the level (usually under an object), the other to catch a tooth as it flies out of the dying enemy’s mouth. Neither is particularly fun to grab and are just there to slow you down. Finally, there’s the star for completing the level on the bad guy’s first pass through the level (as he always repeats his daily routine), but the challenge is rendered obsolete thanks to the easily accessible restart button. These tedious additions don’t add to the game; going back to collect stars suddenly makes this feel like a bad mobile game. 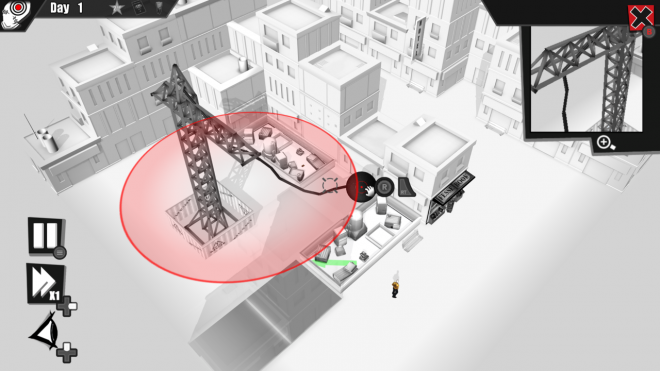 While Kill the Bad Guy has more than its fair share of frustrations, they’re never so bad that they overshadow the game’s strengths. It’s a simple puzzle game that handles variety and difficulty well, containing a decent amount of content. It’s dark themes and constant justification of bloody murder may be rather blunt and uninspired but may appeal to those who want their brainteasers to be a bit more brutal.

Kill the Bad Guy was developed by Exkee and published on Xbox One by Plug in Digital. It was released January 31, 2017, for $6.99. A copy was provided for review purposes. 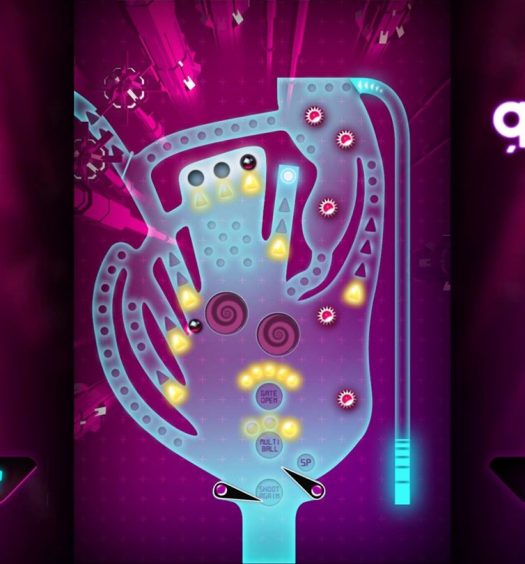 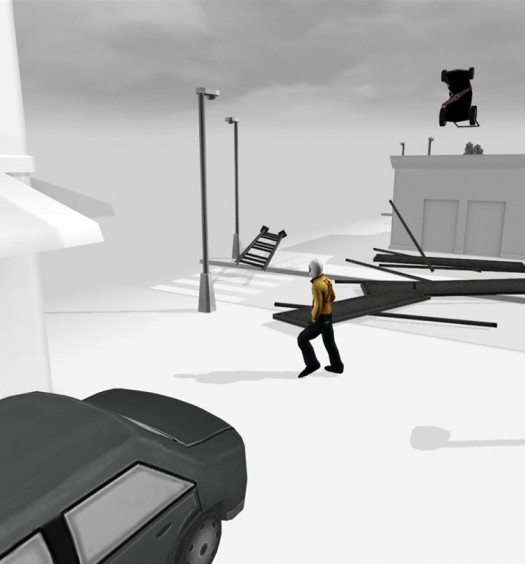