With a clear aim of recreating Bomberman-like gameplay In Space We Brawl is primarily a local multiplayer experience built upon the concept of an arena-based, twin-stick shooter, and although it features a decent handful of single-player challenge missions — which actually play out like a very light story — it is really only enjoyable with at least two or three friends. Even then, it’s fairly limited in features, playability and lasting appeal, making it kind of like a one-trick pony that’s not actually very good at doing the one thing it’s supposed to remember. Well equipped — Probably the coolest feature of In Space We Brawl is the variety of choices in ship and weapon combinations, which, including DLC, supposedly exceeds 150 options. The combinations I’ve seen do lend themselves to a range of different gameplay styles, and when added to the boost and shield abilities that each ship has, there is a decent variety of tactical depth available. Sadly, though, the game is reluctant to allow players the space or freedom to really enjoy them, which I’ll explain in just a bit.

Nothing else of note — Weirdly, although I really don’t hate In Space We Brawl, I just can’t think of any other element worth calling out for praise. It plays pretty well with friends, and it looks all right except for when it gets hectic or hangs, as it has a tendency to do. It has just enough variations on the basic gameplay to satisfy those who may actually enjoy it, and the single-player challenge mode has a story verging on the right side of quirky. It’s not a game worthy of hate, but it is distinctly average. 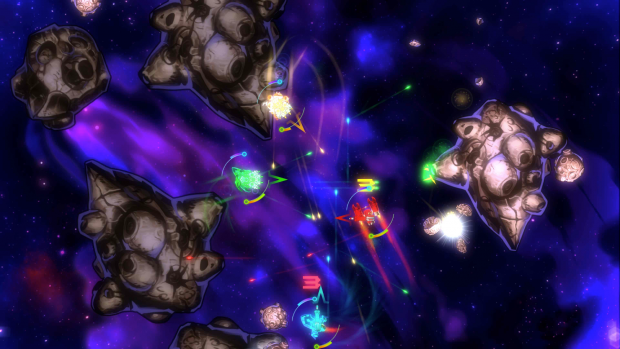 Cramped — In Space We Brawl features a number of maps ranging dramatically in appearance, but which have very little else to differentiate them from one another. There are environmental effects that alter the gameplay, and they may be more or less likely to occur on a given map, but the truth is you probably won’t notice, or care. All the maps are minuscule considering the amount of things happening on screen, and, as a result, matches usually descend into anarchy. For all In Space‘s weapon and ship variations, there’s never the space or time to really explore them.

Boring — Unfortunately, even with two or three pals in tow, it’s very likely that you’ll soon be bored with In Space We Brawl. The maps are simply too small and too dull, with too little variety between the modes to offer even enough interest to persuade casual gamers to complete a whole match, a reality I experienced firsthand several times. The lack of online multiplayer is a cardinal sin for a game like this as well, and had it been included, I’ve no doubt that a few more pips of fun might have been squeezed from this lemony husk of a game.

Out of gas — Considering that In Space We Brawl is an arena-based twin-stick shooter for up to four players that’s meant to be fast, frantic and fun, it is utterly inexplicable that its creators saw fit to impose a massive limitation on the use of all the fun bits. What do I mean? In battle, each ship has an energy bar that varies in capacity from ship to ship and that limits the use of the special weapon, boost and shield capabilities in a really obstructive way. In most battles, you’ll spend the whole time firing a basic, bog standard weapon, which is about as much fun as pulling teeth. 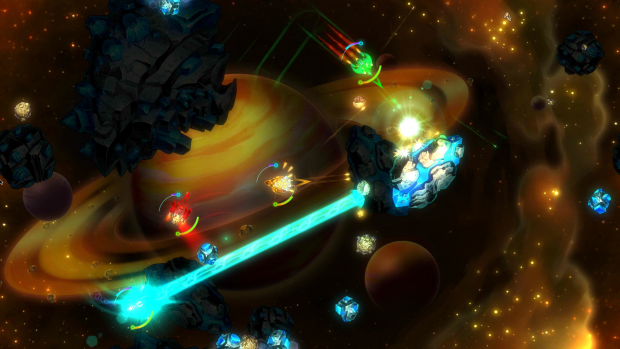 Although I don’t hate In Space We Brawl, it’s distinctly average, and to be perfectly frank, that’s enough of a reason for me to tell you to skip it. Most of our readers likely downloaded Knight Squad for free back in December. Even if you didn’t, then that’s just one of several arena-based ID@Xbox multiplayer games you should spend your money on before In Space We Brawl.

Read More
We Are Doomed review (Xbox One)