Rail shooters have been a part of my life for as long as I can remember, from cursor-based shooters to tunnels with limited movement controls like After Burner Climax. Hyper Void piqued my interest from the moment it was announced for release on Xbox One. From screenshots and videos, it seemed like an ideal game for my interests. If the only requirements for a good game were to have fancy aesthetics and an appropriate soundtrack, Hyper Void would be hitting a home run out of the park. Within moments of starting the game, players are showered with a psychedelic color trip that never lets up. Unfortunately, the difficulty of the puzzle-like elements never lets up either, leaving the player in a tug-of-war struggle to balance fun and frustrating. A beautiful disaster — The scenery is simply beautiful. There are many backdrops filled with vibrant colors pulsating to the rhythm of the game. The game survives the visual onslaught and does a great job separating background and foreground action. It’s a shame that there isn’t much time to admire the scenery as projectiles are flying at you from many directions. The music does a fine job adding to the ambiance built up by the game. It blends well with the visuals and doesn’t try to overwhelm the players with unnecessary distractions. And even though the music repeats often, it never grates.

Hyper mode — Although it has its faults, the unlocked Hyper levels are more enjoyable than their original counterpart. Noticeable differences include faster recharging weapons, the ship spinning when moved and block texts popping up when the player performs well. These combined changes simulate a faster-paced, arcade-like experience, which is preferable over the clunky weapons and bland appearances of the original. Two things detract from hyper mode. The first is the choice to start the player with only one life, which is largely pointless if the armor regeneration pick-ups are still available to collect, and it would be nice to see the one-life restriction done away with entirely. The other detraction is that Hyper levels are currently unlocked on an individual basis through high scores. By the time the player unlocks the Hyper version of a level — assuming he or she ever does manages to unlock it — most of the charm of the level will be gone thanks to the many repeat playthroughs. Hyper difficulty unlocks need to be made easier to the general audience to allow them to experience the other half of the game. 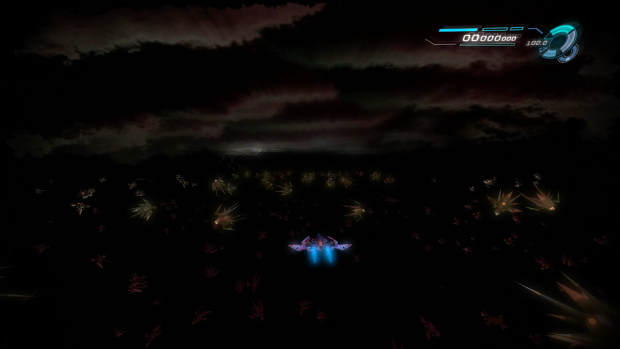 Playing the game — No, you aren’t misreading that. Lots of minor tweaks and fixes can improve Hyper Void for the better, but until it happens, I can’t say I’m a fan of the gameplay. The weapon system doesn’t fire long enough to feel good until you play on Hyper, which puts the balance right around where it feels comfortable. Dashing, meanwhile, has an awkward recovery delay to it that makes it unreliable at times when you have to rely on it. Compounding these issues is that the levels are designed to be puzzle-like rather than focusing on combat, which can contribute to some very frustrating moments. Level 14 is a prime example of this, with split-second decision-making being required while you’re flying through obstacles and shooting barriers down before crashing into them. The difficulty spike from the previous levels to this one is tremendous to the point where you’ll wonder if continuing to play is at all worth it. 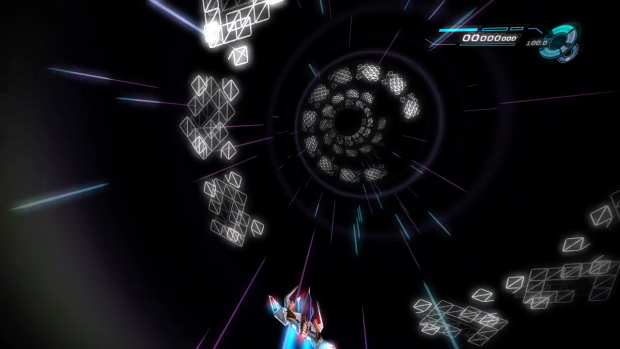 It’s possible that I’m just bad at Hyper Void, but I’ve played enough games from this genre to know that Hyper Void could be a lot better than it is now. It has every piece it needs to succeed, but they’ve been placed together in a way that doesn’t utilize them to their full potential. As it stands, if you’re looking for a challenging rail shooter you should look into giving this one a go. Success here can be exciting, but the frustrations you’ll encounter along the way may eventually turn you off.

Achievement notes: For the most part, the Achievement list is fairly straightforward. It’s playing through the levels, finding all of the secret orbs and surviving the levels in Hyper mode that can prove to be challenging.

Hyper Void was developed and published by IN|Framez. It released on January 5, 2016 for $9.99. A copy was provided by IN|Framez for review purposes. 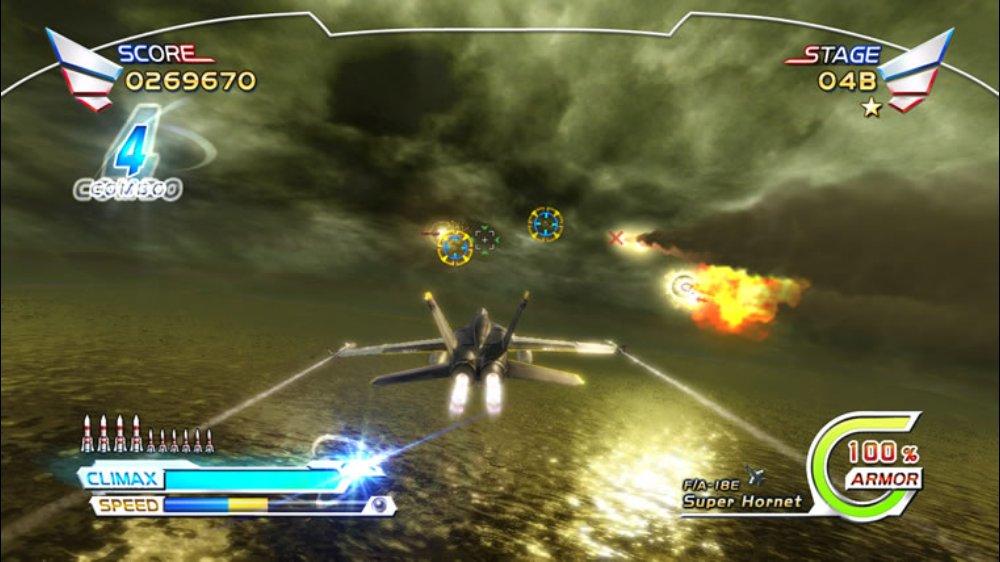