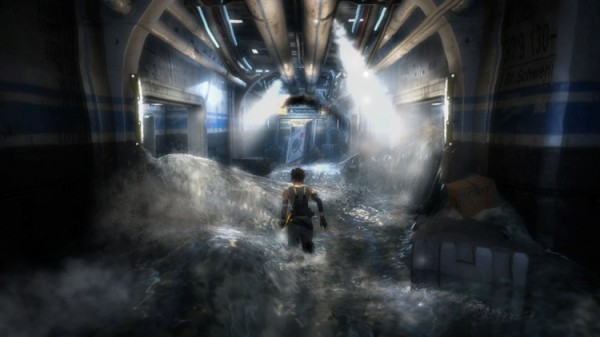 It seems that third person action thriller, Hydrophobia has received another price drop this week taking it down to a mere 400 MSP. The reduction follows the news last week that developers Dark Energy Digital, may be going under. The game, which is set aboard a sinking ship and features some impressive water based physics, has had a choppy ride on XBLA. It was first released for 1200 MSP to mixed reviews with many gamers left facing strange bugs and glitches. These were addressed however when a large title update named “Pure” was released a few months later along with a permanent price reduction to 800 MSP.

It’s unclear whether the game’s new price point will be permanent, the March price reductions have yet to be officially announced by Microsoft, but either way we’d suggest you dive in quick before this one sets sale for good…(groan).