In the beginning, Microsoft released ID@Xbox games. These games were without form, a bunch of platformers with a lack of dedication to the animal kingdom. Coffee Stain Studios moved to action. Someone said, “let there be goat,” and there was Goat Simulator. And someone saw Goat Simulator, and it was good…enough.

On April 17, 2015, Goat Simulator was released on Xbox One and Xbox 360. The wild goat adventures shook the world in confusion. Why should I play as a goat? Well, why not? It wasn’t completely well received, but it captivated its audience and encouraged discussion. So much so that an MMO simulator and GoatZ DLC was produced for the PC version of the game. There was so much gameplay packed in those two DLCs that that Coffee Stain decided to make it its own separate game on consoles. So what is Goat Simulator MMore Goatz Edition? A brand new experience with the old goat we’ve come to love. But with just two new playable levels and nothing from the original game, is it worth taking a look at? 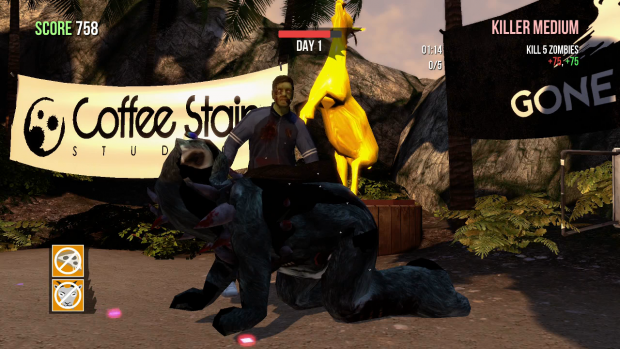 Goats and stuff — Neither Goatz nor the MMO simulator impress very much and finding positive features in either mode is a struggle. It really comes down to it being a sequel with more wild, zany antics. Normally, that would be a great thing, but here, it’s simply another sandbox to do random things in, but I’ll briefly address the minor points that I liked: The comedic references to other media are amusing for a brief time. I’m particularly fond of Twistram, Twistram Cathedral and the not-so-secret cow level nod to the Diablo games. Exploration has also been a strong suit of the Goat Simulator games. Whether it’s a bunch of singing elves, a dinosaur or a Wipeout-inspired obstacle course, a nice surprise always waits behind the next corner. Mutators that change the appearance or abilities of your character are a joy to mess around with, the tank and the anti-gravity modifiers being my personal favorites. The tank mutator allows the player’s goat to air dash and butt stomp the ground in majestic ways fitting of a world class goat. Anti-gravity, meanwhile, throws most air physics out the window and almost lets player’s fly around like a bird. 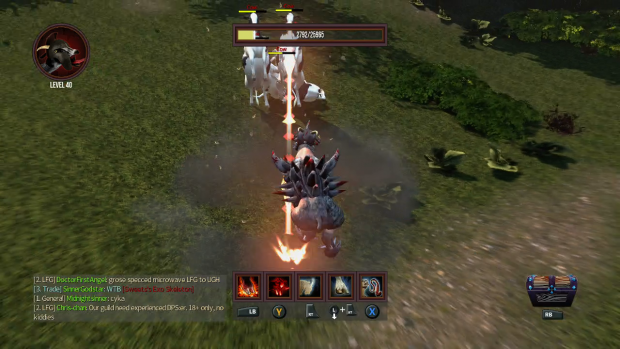 Goat in headlights — Having structured things to do in the Goat Simulator universe should create a more fun experience, right? In an ironic twist, having a complex environment devalues the simple nature established by the first game. The light-hearted aspects of having a broken physics game are thrown out the window when the player tries to handle in-game tasks and gets interrupted by falling through the world or getting stuck on random objects. All that remains is a sub-par game about goats and random occurrences; and at that point, people might as well play a better game. The MMO portion is the stronger of the two game modes, but at best is more of the same thing. It lacks the atmosphere that the first game provided despite trying harder to impress the audience. On paper, Goatz sounds more amusing, but the zombie jokes and the zombies themselves get old fast, leaving the player eager to avoid that mode. The heart and soul of Goat Simulator MMore Goatz Edition is missing, and it becomes prevalent very quickly that this is a game of nothing. 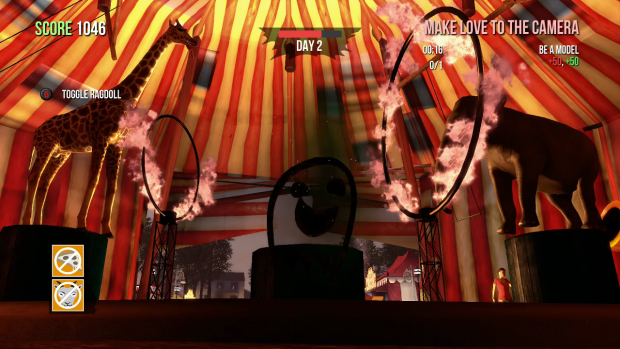 Goat Simulator MMore Goatz Edition isn’t worth playing. The end. That’s the most important thing I have to say, but there are merits to the game that can’t be placed in a like or dislike category. The quirks and charm are still prevalent, but it’s the diminishing returns effect where it simply won’t retain as much of your attention over time. The parody is still appreciated here, although it’s less effective in this second pass. Players that weren’t turned off by the first game may find enjoyment here too. Did I want to play MMore Goatz? Yes. Did I like it? Not as much as the first one. So while I won’t recommend this DLC turned standalone game, I’d still take a chance on a future Goat Simulator release.

Achievement notes: Fellow Achievement hunters will rejoice that there’s nothing as annoying here as Flappy Goat. The trade-off is obtaining all Achievements takes slighty longer than in the first game. Yours truly has created a handy-dandy video guide to obtain all 16 Achievements for 640 Gamerscore from the MMO portion in under 25 minutes here. One thing to note, the Warm Bath Achievement is currently glitched on Xbox One but works fine on Xbox 360.