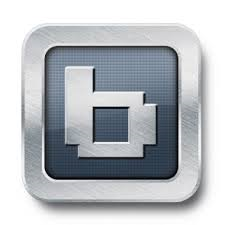 Germany based publisher and developer BitComposer Games has recently filed for regular insolvency proceedings on December 3, 2014.

Insolvency is the inability to pay back debt when owed.

BitComposer claims that its problems come from “the financial difficulties of its suppliers in game development” and that game operations are “running smoothly”.

Prior to the events on December 3, BitComposer filed for a protective shield procedure on September 26, 2014 in an attempt to protect itself from foreclosure from creditors while giving itself time to come up with a plan for insolvency. The company is now searching for investors to help continue gaming development.

What does this mean for Xbox gamers? Find out below.

Giana Sisters Twisted Dreams, Jet Car Stunts and Thunder Wolves are all published by BitComposer Games and may be endangered of being removed from the Xbox Live Marketplace. As a company struggles to stay afloat, underperforming games are typically removed from the marketplace to decrease costs associated with listing those games. If you have any interest in any of these games at some point, it is suggested to invest in the games sooner than later.

What we are playing: April 7

Read More
What we are playing: April 7
Top