In Alien Spidy, you play as Spidy (imagine that) as he rushes to find the remains of his ship on Earth. He ventured from his home planet to find a friend of his who didn’t return, and ended up crashing on our humble planet. The story is really a mcguffin to get you crawling around this 2D Earth, dodging all manner of hostile flora and fauna. The world is a scary place when you’re a spider. 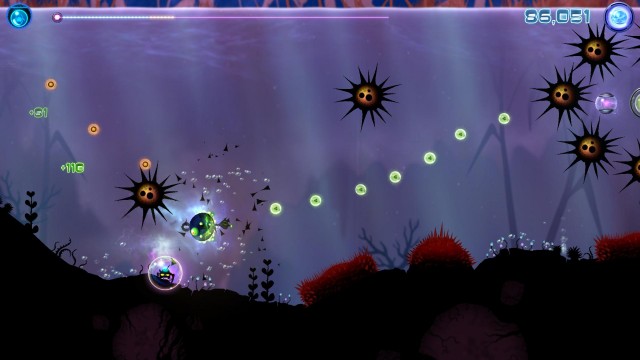 Alien Spidy is ridiculously straightforward. Go right, jump on stuff, follow the orbs for points, don’t die. Not that that’s not appealing. Those who wish to flaunt their platforming skills and maneuver their way through these very dangerous levels with that “maximum score” flow will love this game. Combine that with the web-swing mechanic and various powerups placed in strategic locations and you’ve got yourself a game for the perfectionists. Eat your heart out, Super Meat Boy.

To invite that comparison, Super Meat Boy is far more trial and error than Alien Spidy which uses a checkpoint mechanic, so everytime you die it merely detracts from your score. Granted, to get a decent score, Spidy can’t be doing too much dying. At the time of our demo we think the score thresholds for medals might be a bit high, but perhaps we just weren’t good enough at the game. Alien Spidy focuses on finding the perfect line and execution so replaying levels is inevitable, but when you make that no-death run the pay off is pretty satisfying. 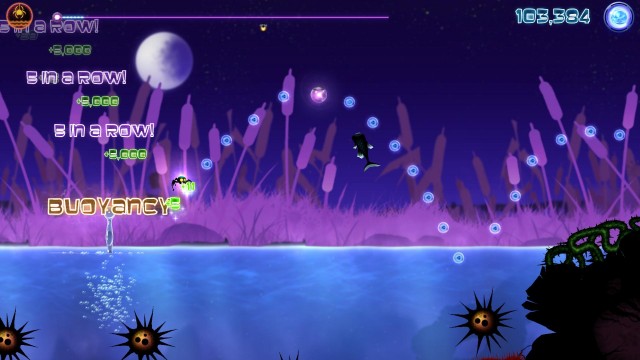 Speaking of finding the perfect line, Alien Spidy’s web swing mechanic is rather fun considering how simple it is. Something about grappling hooks, sling shots etc, in games has always appealed to people, and this game is no exception. Locating the right jump arc to maintain maximum momentum as you swing under a tree, up and over some thorny bushes is an instant classic platformer moment.

The other facet of gameplay here are the power ups, and unfortunately they’re far less interesting. The two we encountered include a shield and a super jump. Unlike the web swing and some of the other physics related challenges, the power ups implementation was very obvious in the levels we played. When Spidy found a super jump, he jumped right after and used it; when he got the shield, it was to ignore some massive threat immediately in front of him. Perhaps they get more intricate in later levels, but at present the don’t really add to the game. 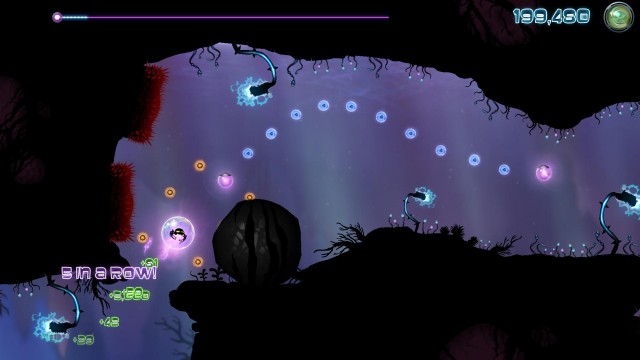 Alien Spidy is a fun and frenetic platformer for the platforming crowd. The checkpoint mechanic means newcomers can jump right in and try it out without feeling pain, but this is a game for the leaderboard hound and platforming enthusiast above all. When being a spider in a world full of dangerous, larger-than-life elements collides with the pace of this platformer is where Alien Spidy really shines.

Look forward to scuttling across the planet sometime this Summer.