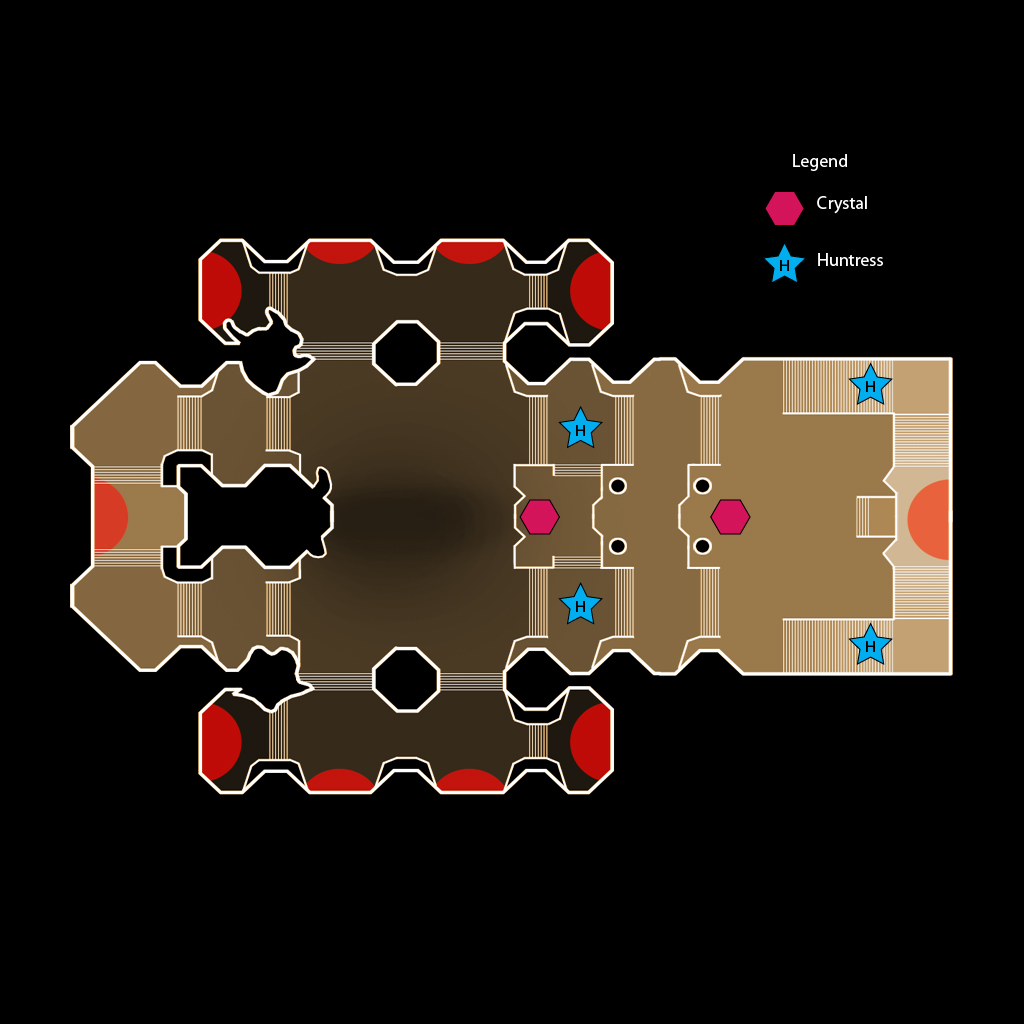 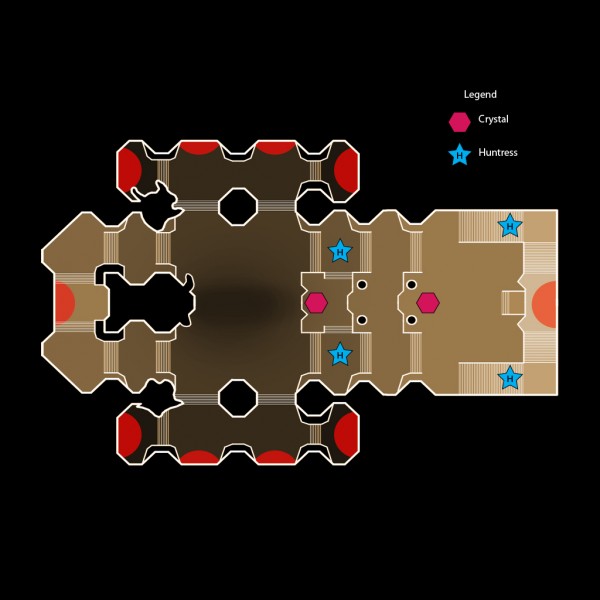 This level is very challenging, it involves hundreds of Kobolds running towards you ready to explode. Don’t waste your time with anything other than Huntresses on this level. The Apprentice can substitute but he fails to keep up with the firing rate a Huntress can do, which can let Kobolds through.

Whilst it is possible to do this with other weapons nothing beats the Crystal Tracker for this level, as long as it does over a thousand damage per hit and has at least six shots per second. You have no DUs to use on this level so it comes down to holding your ground and making sure you don’t let a single Kobold through, they can and will kill you in one hit or cause serious damage to the crystal.

There are four basic lanes of enemies, so one person watches a lane each. Two people sit at the back watching either side of the staircase whilst the other two sit out the front shooting at enemies coming from the sides. The enemies will increase drastically as the waves progress but they remain the same damage and health throughout. Basically your team needs to hold out as long as possible letting little to no enemies through, the crystals won’t take more than three hits and it obviously won’t heal between waves.

Do not for any reason leave your post for a second, you generally won’t need mana so try to move around as little as possible and keep a constant stream of bullets on your assigned lane. Remember one Kobold can kill you in a single explosion and one death can mean game over.