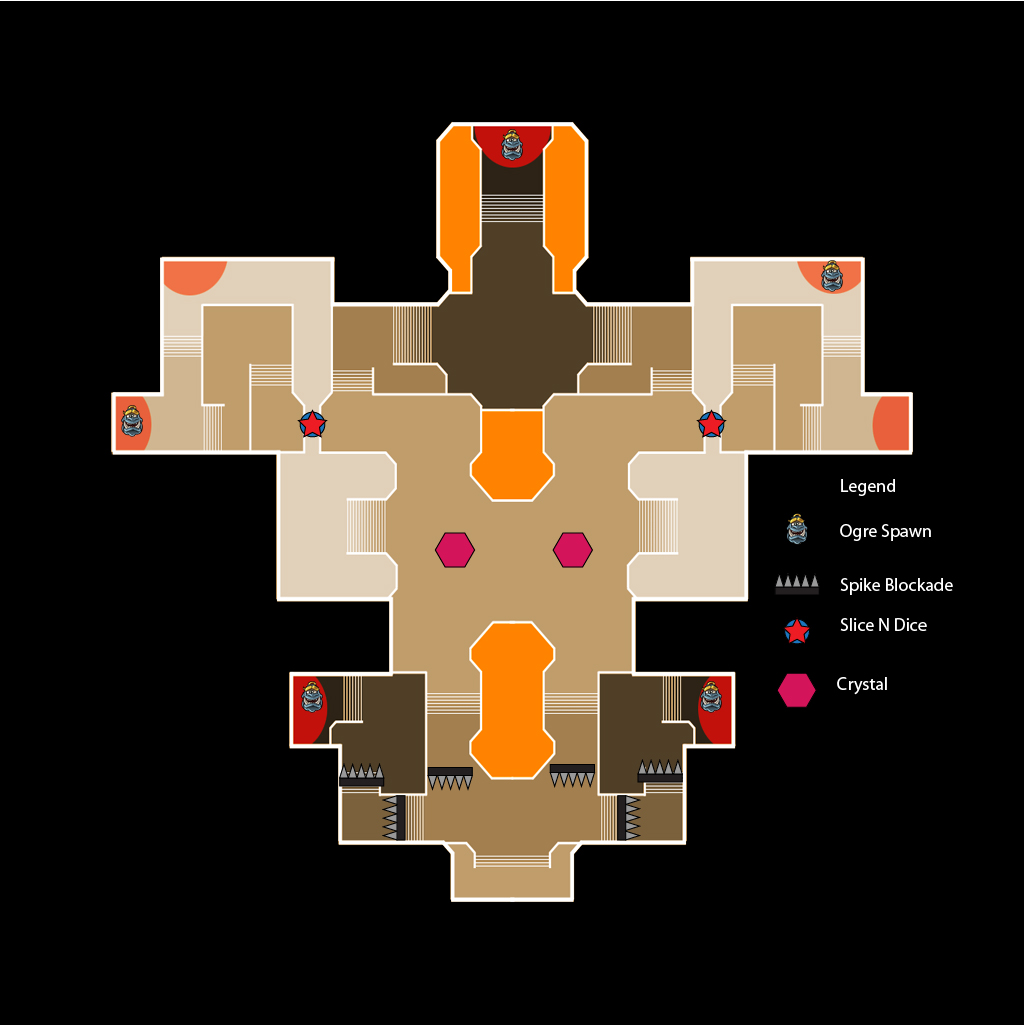 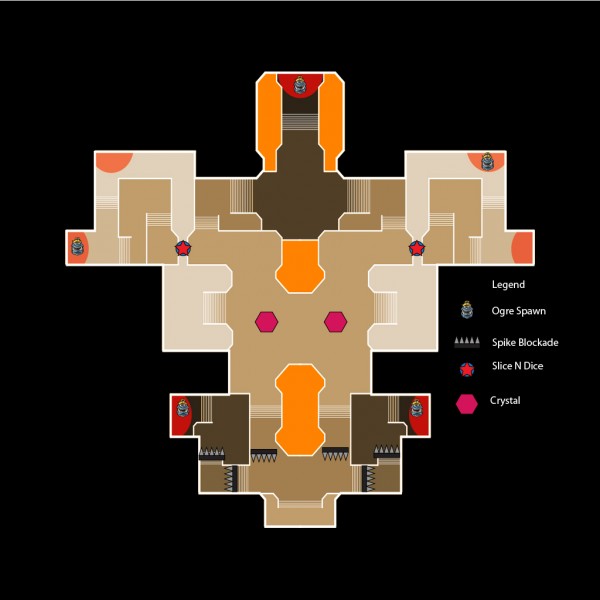 As surprising as it may be this seemingly mammoth task is best done solo, the reason for this is every person in the game acts a multiplier of sorts for the amount of Ogres you will face per wave. For instance during the very first wave solo you will face a single ogre, if there were three more people you would be facing four Ogres.

There are five entrances through which your large adversaries will come through, which means at maximum you will face five enemies at a time. You should always take care of the top side Ogre first then the back two and finally the two on the sides. You won’t need any fortifications at the top side if you kill him first.

As for the sides if you place a Slice N Dice Blockade underneath each plank bridge the Ogres will try and cross the bridges only to be mesmerized by the Slice N Dice Blockades despite not being able to hit them. As for the two bottom Ogres they can be postponed by placing several Spike Blockades in front of each other leading from each spawn, as you won’t be using much Mana these can be replaced as needed.

Orcs Must Die! in late August or early September