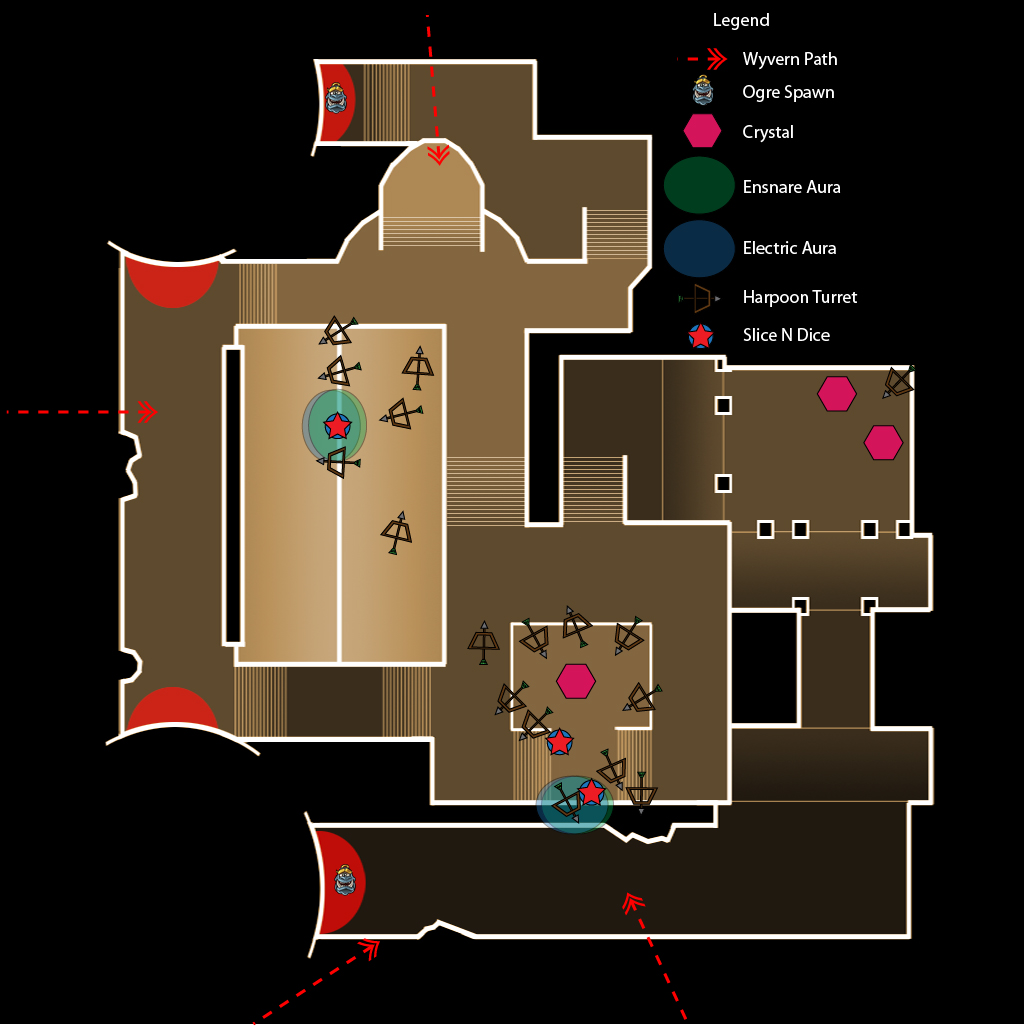 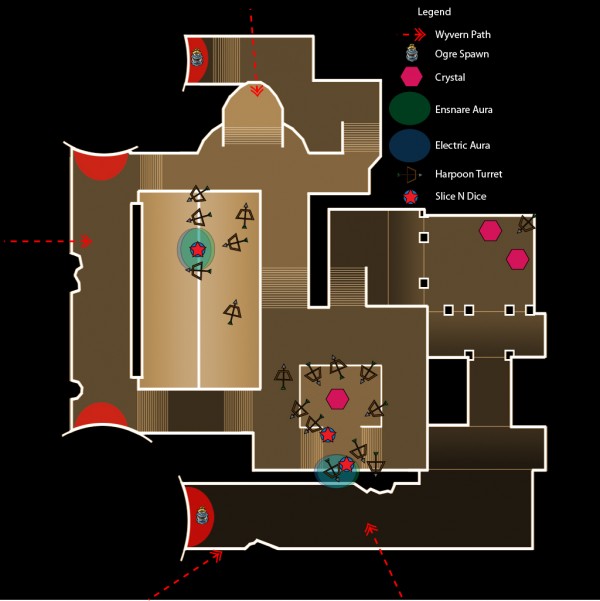 Challenge – Death From Above

Reward for completing on Insane – Squire – The Pinioner

This is arguable the hardest challenge, you need a team of very powerful Huntresses(30,000+ DPS) and someone with a Squire and Monk to be able to do this. You will face upwards of 30+ enemies who have over 250,000 health during the challenge and it is stressful to say the least.

The Squire will need his skills nearly entirely leaning towards towers, they will need as much of everything as they can possible get to be effective. His job will be to maintain the emplacements once they are down and to take care of the Ogres that will appear. It is recommended he has a high elemental damaging weapon as the only enemies he will need to attack are Ogres. There will be times in the later waves where two Ogres spawn at once, the Squire should concentrate on one whilst a Huntress keeps the second busy and away from the crystals.

The Huntresses will need to be killing as much as possible as quickly as possible. As soon as Super Wyverns start spawning it will need to be all hands on deck to take them down, these can cause serious damage if left unchecked. They look like the other Wyverns but have MUCH more health, almost as much as some of the earlier wave Ogres.

The bottom crystal that sits by itself will be the main attraction and will need at least one person attending it at any given time. There should be at least one person watching the roof side as well as this will get as much traffic as the bottom spawns. If you see a crystal being damaged drop what you are doing and find the enemy doing it, things can take a turn for the worst in a snap of the fingers.

There is a lot of luck involved in this but it is very possible with a good team and some practice.