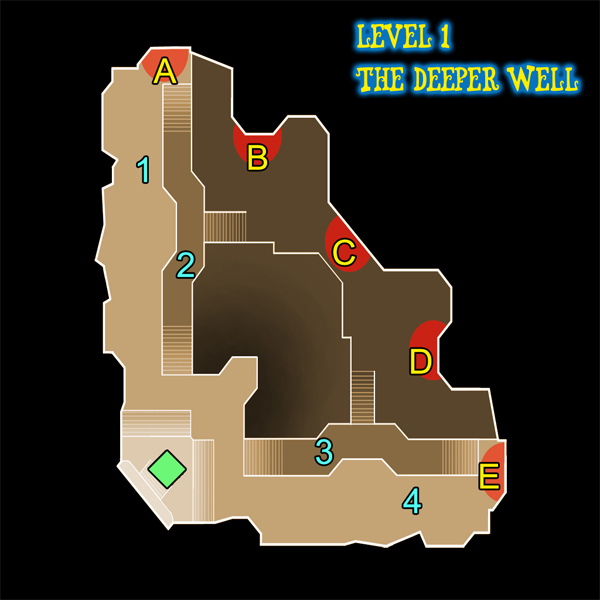 The first three waves will all come from doors B,C and D. So Choke points 2 and 3 are the most vital ones for the early part of the level. By wave 4 you will want to have a walled defense at choke points 1 and 4 for the larger Orc enemies that will come out of doors A and E during the last two waves.

As a general rule, you’ll want to play this level a few times before moving on to the next level and preferably with each character. That way you will have an acceptable amount of traps and towers that you can build for each preceding level. Some levels will require specific traps and towers in order to earn the “flawless victory” award and even the early levels will be a bit tricky with an underpowered character.