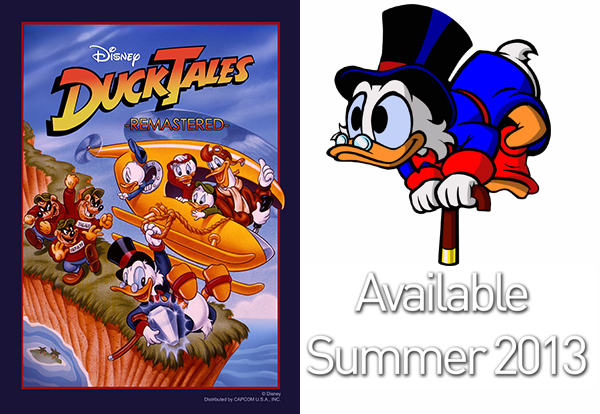 The original NES Ducktales game was one of the gems of the era, an incredible platformer designed by the creator of Megaman, Keiji Inafune. It contained one of the most memorable chiptune soundtracks of all time in addition to sporting some of the tightest platforming on the platform.

At PAX East today, Capcom and WayForward announced Ducktales Remastered, a remake of the original NES classic. The reveal trailer looks amazing, featuring Disney hand-drawn animation that remains faithful to the original animations of the video game. Though the trailer doesn’t feature any voiced characters, the Capcom-Unity newspost about the announcement of the game reveals that the team behind the game managed to get the entire original cast back to record the game, 30 years after the release of the original. If that weren’t fantastic enough, WayForward has an extremely strong pedigree with regard to rereleases of older titles — composer Jake Kaufman’s work on both Double Dragon Neon and Contra 4 (for the Nintendo DS) was absolutely outstanding, and his arrangement and homage to Ducktales will very likely be just as impressive. The game is set to launch this summer.

We hope to have more details in the coming days — for now, watch the trailer on YouTube and sing along!