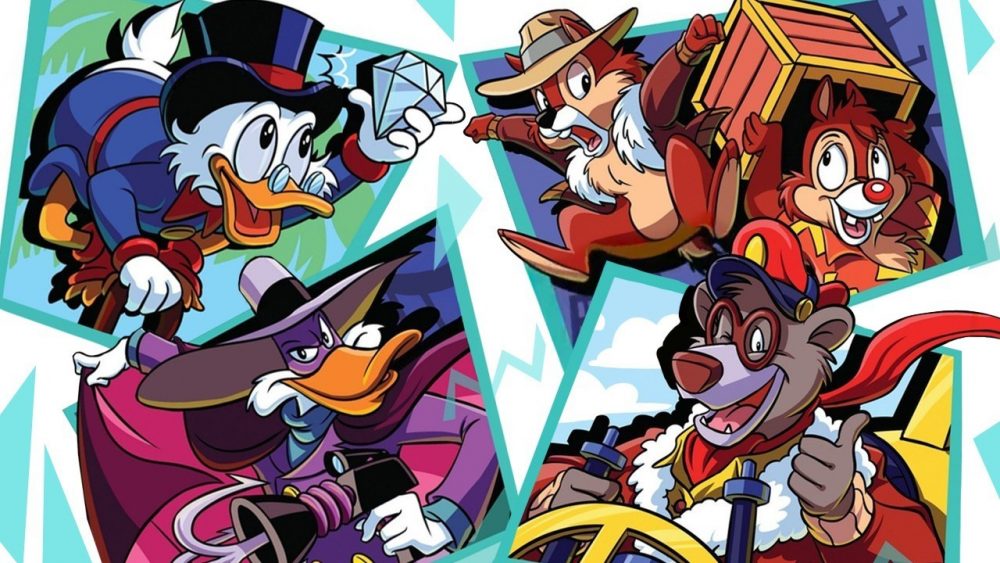 As a kid growing up in the ’90s, The Disney Afternoon was an important part of my after-school routine. It contained some of the best cartoons of my childhood like TaleSpin, Ducktales, Goof Troop and of course everyone’s favorite caped crusader, Darkwing Duck. As soon as I would get home, I grabbed a snack and planted my butt in front of the TV for two hours. So you can imagine my excitement as my favorite TV shows started appearing as games on the front cover of Nintendo Power.

The Disney Afternoon Collection takes six games: Ducktales 1 & 2, Chip ‘n’ Dale: Rescue Rangers 1 & 2, Darkwing Duck and Talespin and puts them all together under one title. Before The Disney Afternoon Collection was released, I don’t think I have played any of these since I got my first SNES. I was very surprised at how fun they still were, not only that, but how ‘advanced’ some of them are. These games incorporated tons of features that young, inexperienced me, hadn’t yet grown to respect or appreciate. 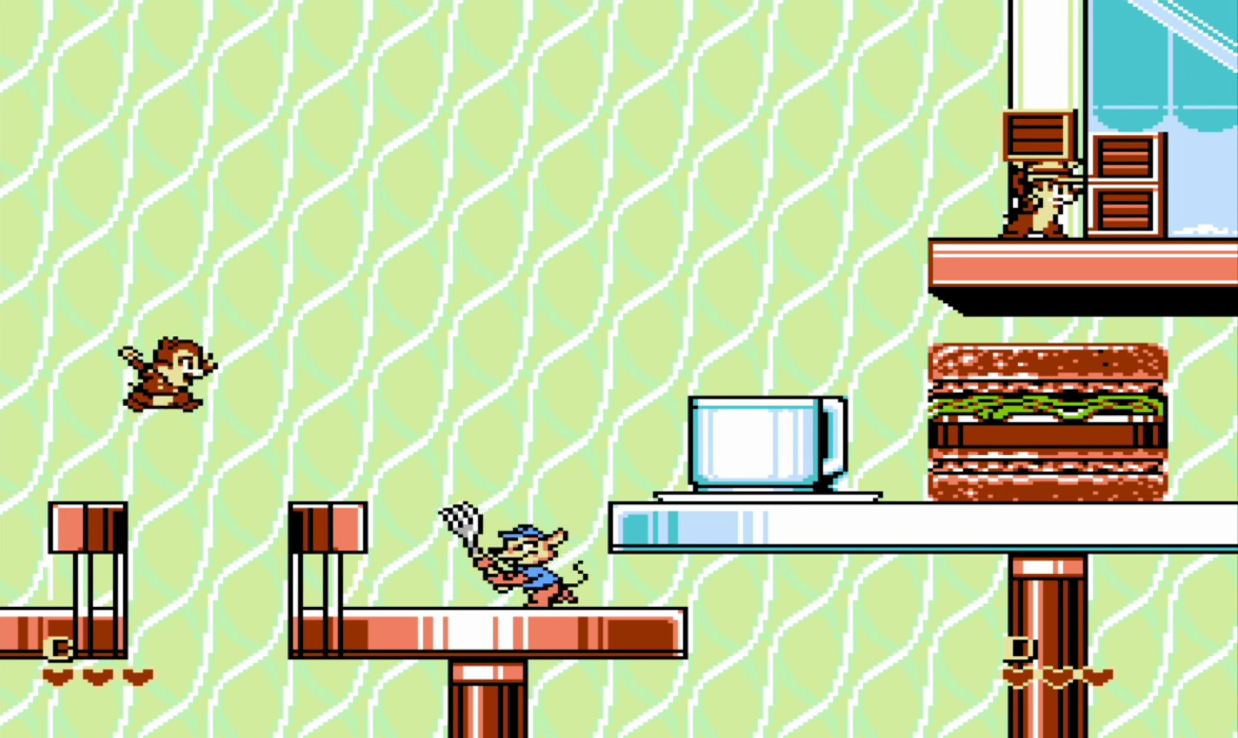 Mulligan — These games are hard, even though they’re games based on adorable Disney characters. Fortunately, developer Digital Eclipse saw this and gave us a convenient rewind feature. At the press of a button, you can go back several minutes of gameplay. This function undoes character movement, damage, even death.

Visual Choices — The original game was on the NES which was in return used on a CRT TV. For those of you who have never used one of these TV’s, they were awesome. Square (4:3) picture, glass that bubbled out at you, lines that rolled across the screen and most of the time, a slight hum. Minus that hum, all of those choices are here. On the flip side, the standard visual options have smoothed out graphics, and you can then switch that over to widescreen, offering you more of an 8-bit art feel. 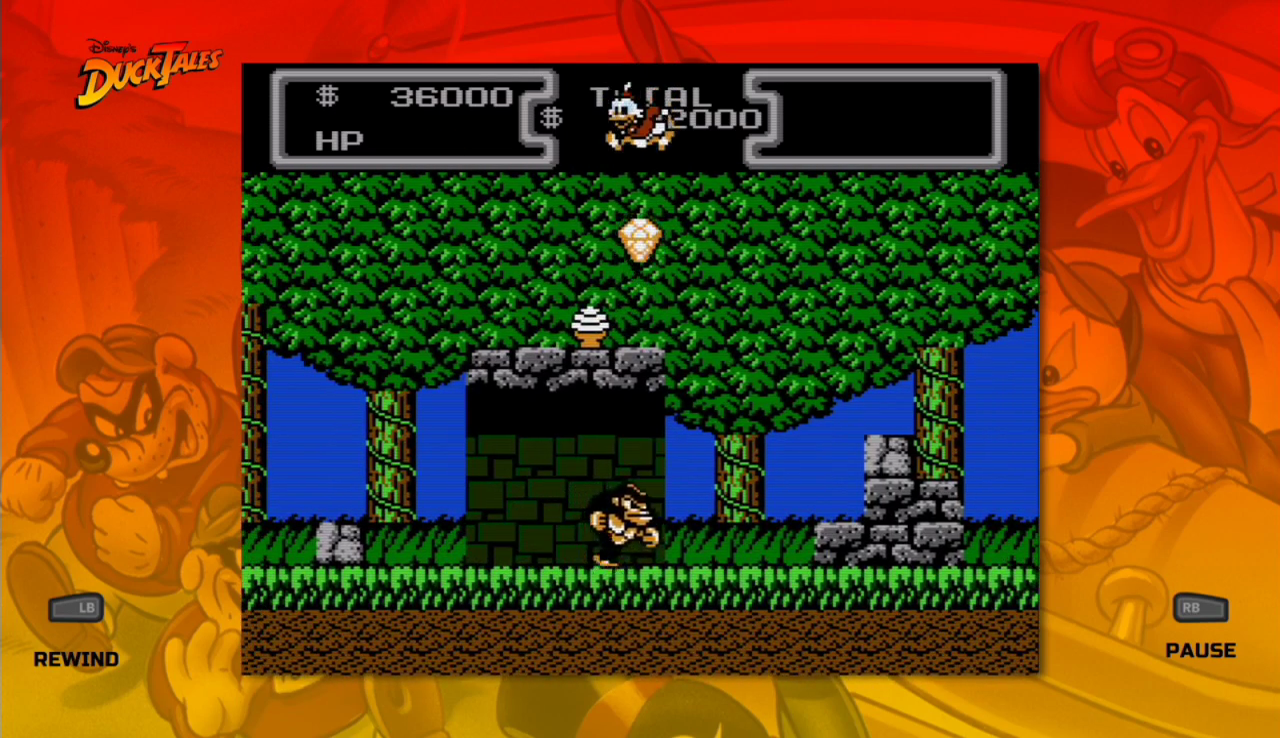 Game saves — Games from this era suffered from major save issues. Many games didn’t offer this feature, or if they did, it was through some ridiculous code you had to write down. Not anymore, with the new save feature you can save your game anywhere, even mid-jump. Keeping you from having to leave your system on for hours, days or even weeks at a time.

Extras — Every once in a while, you get a developer who goes the extra mile. Many times it’s just a few pictures from super early on in development and what you see looks nothing like what you got. Other times it’s an expanded cityscape view that goes further than what you saw in the game so that you could see their ‘whole’ idea. Here we get that type of stuff, but each picture has a caption offering tidbits of info. Giving you information about the development cycle or how Capcom US and Capcom JP handled communications. In the ’80s and ’90s, games were still ‘for kids’, so documentation and coverage of them was rare. So these little glimpses into what was going on back then are extremely welcomed. 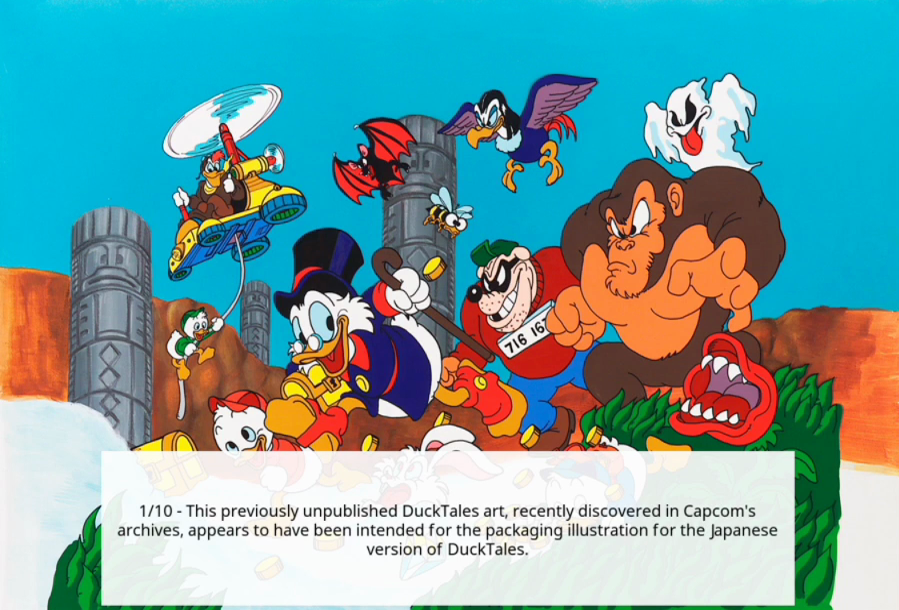 Co-Op Life — Why can’t we share our lives in 2 player mode? Especially since this is something that was a major gripe in the ’90s when these games were originally released. So why is this still an issue now? If you didn’t want to let us share lives, why not at least add in the ability to respawn at the beginning of a new level.

Analog Controls — As it says in the title, the analog controls need huge improvements. Capcom originally designed the games for a four-way D-pad and that works great. However, this is not the case for the analog sticks. Using them felt like my direction presses had to be exact. If I was slightly up or down on a left or right press, the character stopped moving many times, as if though I wasn’t doing anything at all. Not a game breaker, especially since the D-pad worked perfectly, but still, quite annoying.

The End — Once the games come to an end, that’s it, you were at the end. There was no roll over to the title screen or pressing a button to get back to the beginning. You have two options, open the ‘pause menu’ and quit back to the game select screen, or stare at the words “The End.” FOREVER! 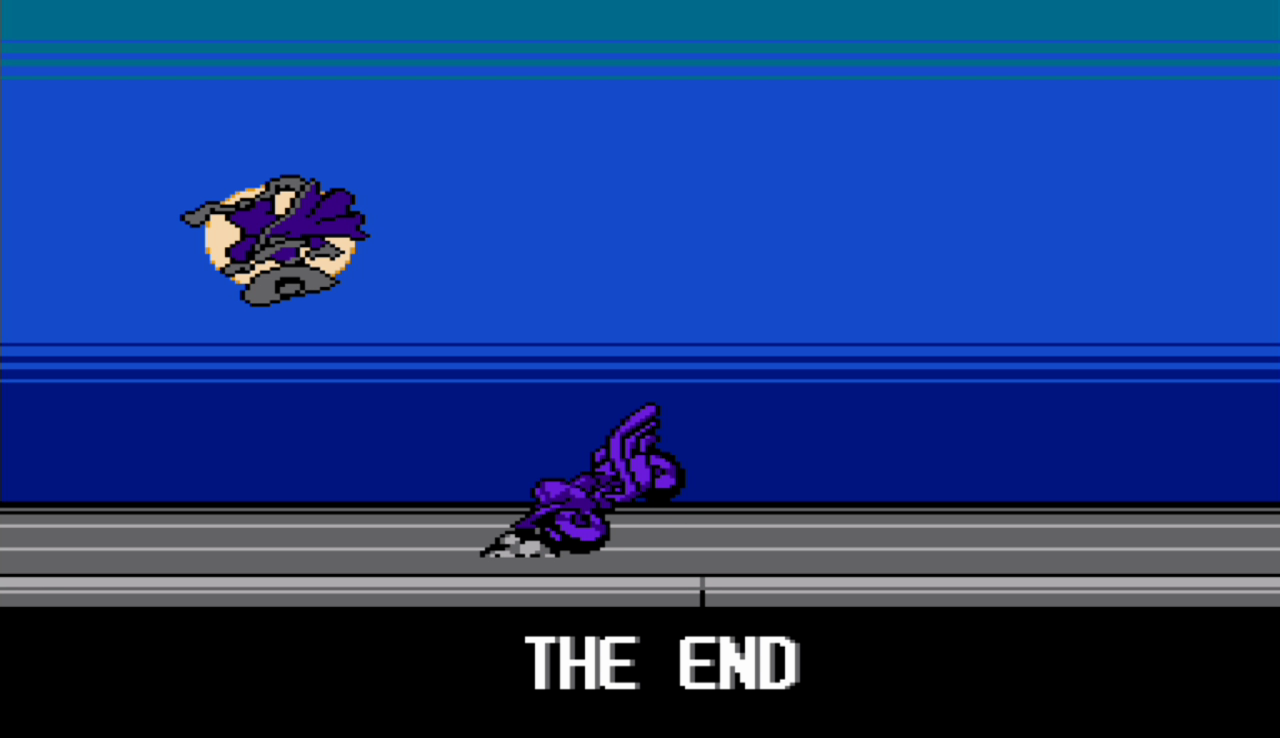 After playing through each one of these games again as an adult, I see them in a new light. I am amazed at the puzzles and ‘open world’ aspect of some of the games. I completely forgot how hard they were and realized games hadn’t gotten harder over time, just more complicated. Then again we have games like DuckTales and Darkwing Duck to thank for that. Things like using ‘select’ as a third action button proved to catch on with both developers and players alike. Whether it’s because you grew up with these games, love these characters or just enjoy good games, The Disney Afternoon Collection is well worth a playthrough.

The Disney Afternoon Collection was developed by Digital Eclipse and published by Capcom. Released for the Xbox One on April 17, 2017, you can buy it here for $19.99. A copy of this game was provided for review purposes.