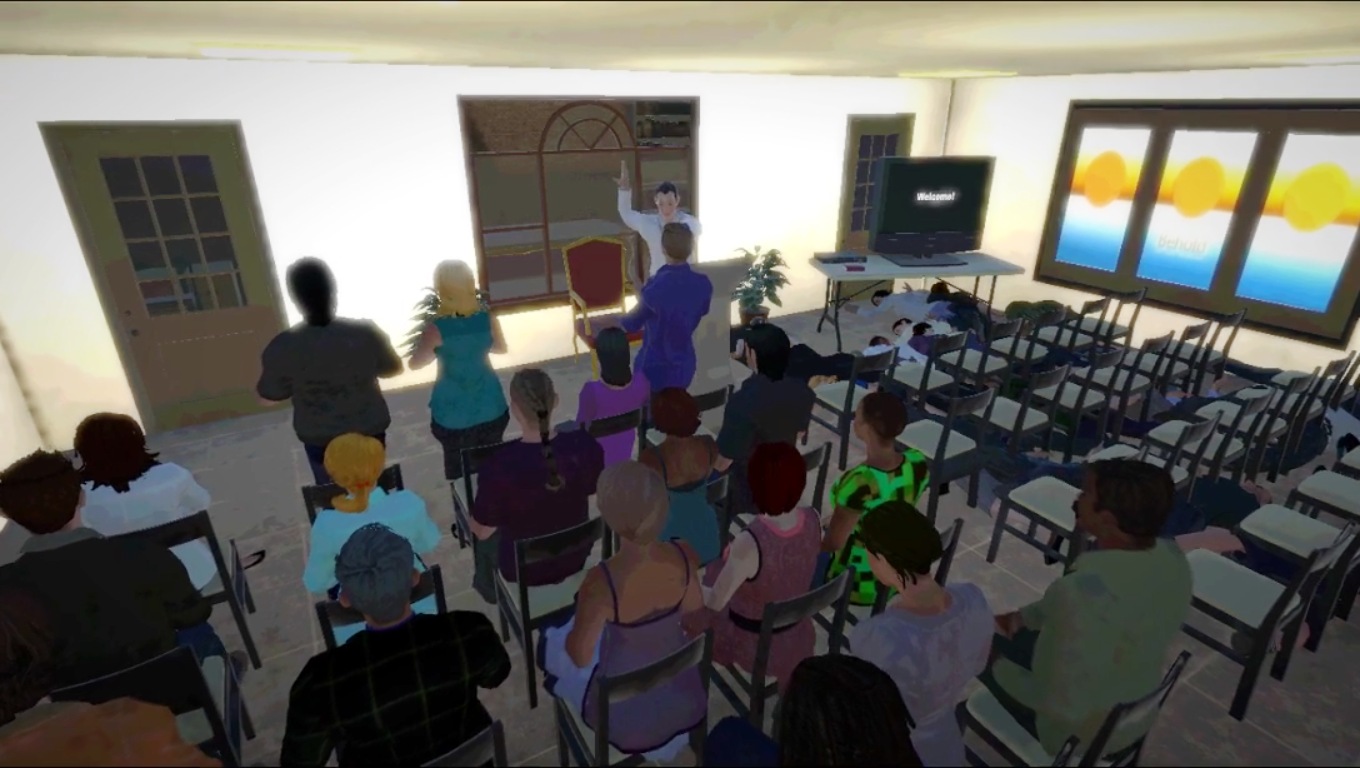 Bobby Throne Saves the World! was announced on Friday at PAX East. I made an appointment before PAX and was told it would be for a “secret” game from the team behind Soda Drinker Pro. So going into this appointment, I knew very little about what I was going to experience. I honestly don’t think I could have ever predicted what I saw on Friday, that’s for sure.

Upon arriving at the booth, I was greeted by a man standing in front of a TV with a bunch of plastic coins laying on the table. I told the man that I was there for a press appointment, and he casually picked up a microphone and said: “Bobby, Jill is here for her appointment.” At that time the TV showed a digitally rendered man looking back at me, who welcomed me to his congregation. The man outside the booth then handed me the microphone to talk to Bobby myself.

My first thoughts were “What the hell is going on here? Am I on drugs (or are these people on drugs)? And what am I supposed to say now into this microphone?” So I started out simple, I just said: “Hi, Bobby.” Bobby then answered with hello and welcome. I then asked him what seemed to be the most obvious next question, “what are you doing here?” He then gave me a brief rundown of his organization, “The Prophets of the Coins.” The whole time he is talking, the image on the screen is moving along with him and mouthing his words. It became clear to me that there was someone in the booth controlling this character. 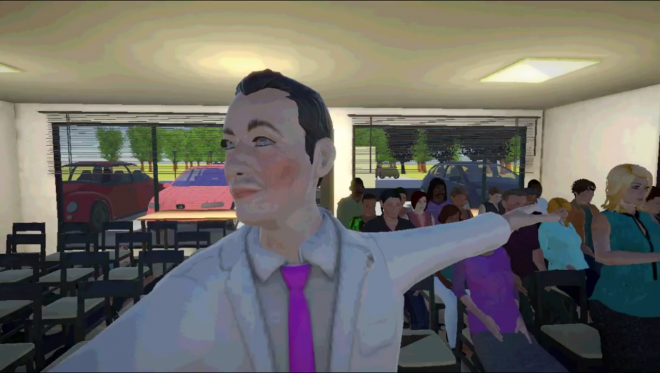 After about a minute of talking to virtual Bobby, a man popped out from behind the curtain and revealed himself to be the real life Bobby (also known as game developer Will Brierly). He was dressed like he is going to church, but honestly not knowing how Brierly dresses on a daily basis, I couldn’t say if this part of the gig or not.

Brierly explained to me that Bobby Throne is a televangelist and that this game will be a first person simulator where you play as Bobby. Of course like all televangelists, you have to start out small. Therefore, Bobby starts out in a strip mall next to a vape shop and then as you earn more money you can move to a better location, upgrade to a mega church and eventually even buy a private jet.

A major inspiration for this game was the art of the performance – convincing people to give you money and to listen to you and believe what you’re saying. If you are bombing, the audience will get disinterested, and you will start to lose them one by one. Brierly made the connection between this art of convincing people to believe something and video game creation. He pointed out that televangelism, just like magic (something he also dabbles in) and video games are all about “Making people believe and think things” Brierly said, “and here we are [with this game] talking about the process of doing that.”

The game will be playable on console and also on VR. Twitch is also integrated so that people can join in and watch your sermons. Anything they type into the chat will show up on your lectern so you can read it as you speak. To really push this interactive experience, Brierly has booked a few upcoming gigs at clubs where he will “preach” to people as Bobby and of course get the word out about the game. There will also be real life aspect out of the video game too involving possible mailers and, of course, satirical solicitations for money. It was hard to gauge how Brierly really felt about televangelists. On the one hand, he appeared to think it was messed up that they take advantage of people and prey on their desperation to get their money. But then when asked if any particular televangelists inspired him, he got very excited and mentioned a few (Peter Popoff, Benny Hinn and Jimmy Swaggart), even calling one “wicked good.” Being a magician himself, he seemed truly fascinated with essentially the performance and magic that these televangelists do to convince people to believe what they’re saying.

This game is in very early development, and for the time being, it is only being shown with Brierly taking the controls. Therefore, I cannot speak much for what it plays like. The images were not very crisp (as you can see from the screens), but it is still early in development. Plus, let’s be honest, no one will be playing this game for its graphics. If you are playing this game it is 100% for the laughs, so not sure if visuals matter all that much.

As this game was just announced, we have no real info regarding release dates, but we will keep you updated as more information is released. 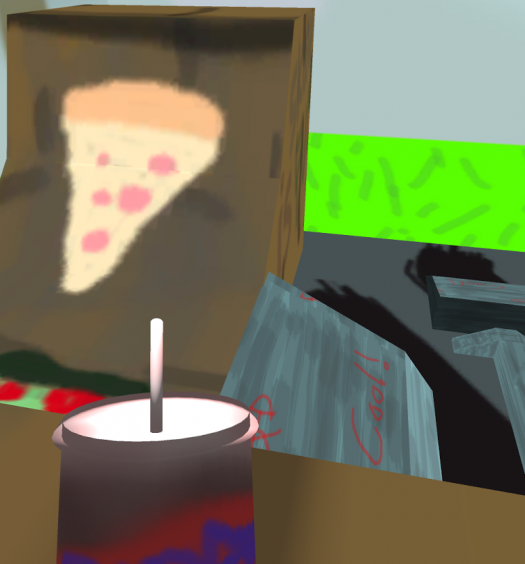