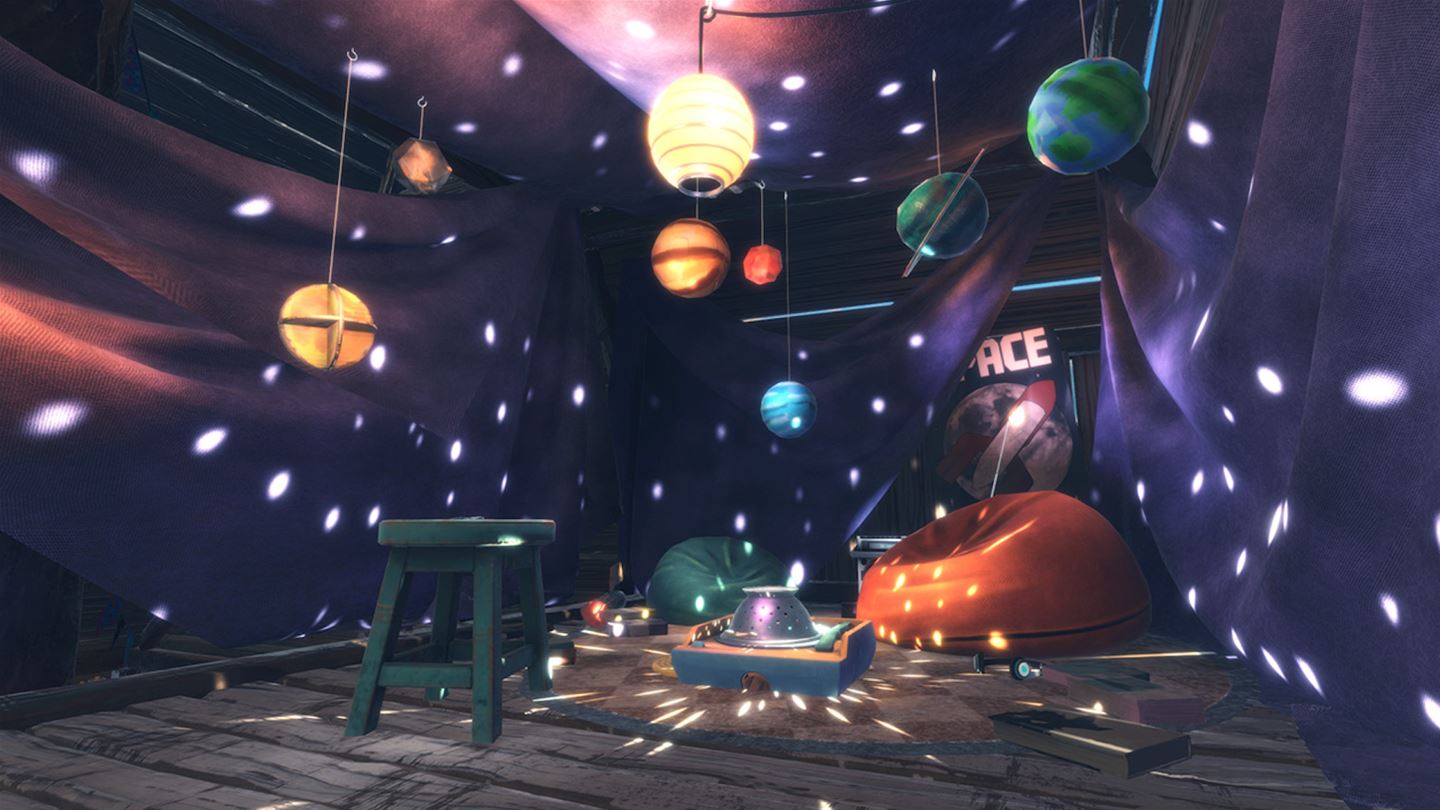 Blackwood Crossing is the newest entry in the ever-growing walking simulator genre. Like most other games in the genre, the bulk of gameplay is walking from one location to the next to hear and see more of the story. The game picks up with Scarlett waking up from a dream on a mysterious train; however, it soon becomes apparent that she has yet to wake up. Scarlett’s dream is solely about exploring her relationship with her younger brother Finn and the time they spent growing up as children. Blackwood Crossing also features a number of light puzzles that need to be solved in order to progress, and while there may be puzzles, the story is still the meat of the game and it becomes apparent early on that Blackwood Crossing‘s story is a filling meal. 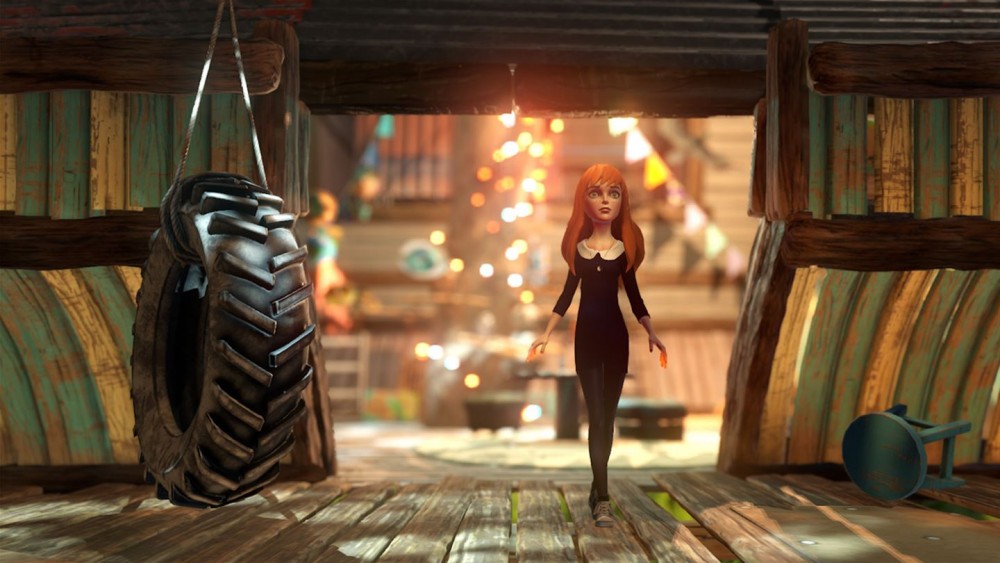 Childhood games – Blackwood Crossing gains steam early on when a game of “Simon Says” introduces me to the controls and the two central characters, Scarlett and Finn. It may the only time Scarlett and Finn play “Simon Says” but it is the first of many childhood games that Scarlett and Finn play together over the course of the story. The act of playing quintessential childhood games offers a clever way for Paper Seven to establish the plot and characters by allowing their relationships to develop naturally on screen, whether in the past or the dream state. Childhood games also serve as a useful reminder of where we all started and offer a unique way of looking inward to examine how complex relationships stemmed from such simple games.

A gripping story – Blackwood Crossing weaves a story about loss and sibling relationships that is poignant from beginning to end. It examines the meaning of loss through touching moments with Scarlett and Finn, both in the past and in the dream sequence. Scarlett gains powers that grow as the story continues and she tries to salvage her relationship with her brother. Paper Seven succeeds in making Scarlett and Finn’s pain feel palpable over the course of the game while also offering distinct moments of hope to punctuate feelings of despair. Saying much more would ruin the beauty that is Blackwood Crossing but suffices to say that the story twists and turns in unexpected ways and I found myself mourning yet full of rejoicing at the conclusion. 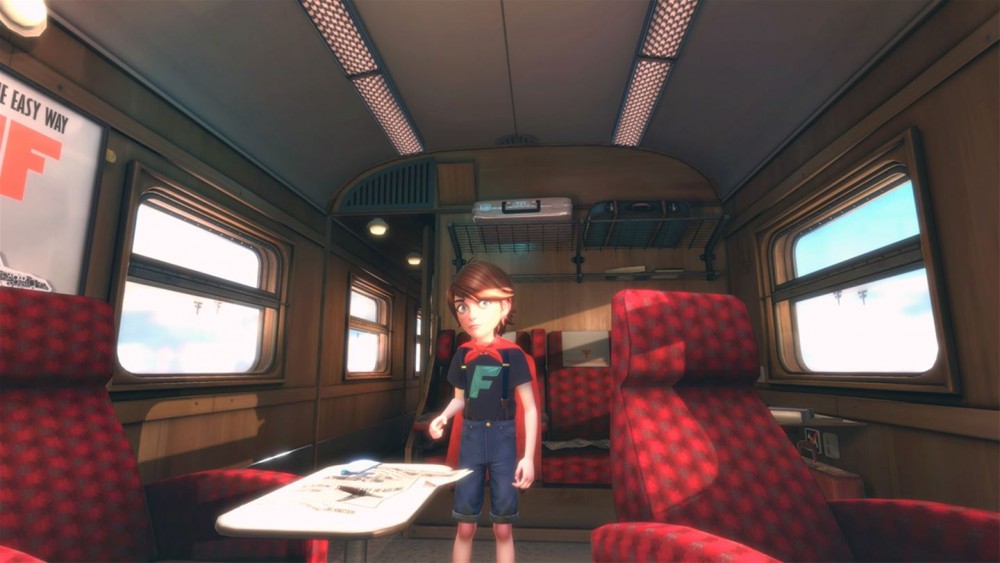 Where’s that window? – Unfortunately, many of Blackwood Crossing‘s puzzles boil down to locating a window on the side of the train car and opening it or a similarly mundane task. It isn’t challenging, it isn’t fun, and it isn’t satisfying. All that matters is the ability to note an interactive area of the environment. The story builds a remarkable world and cast with an engaging story, but each lackluster puzzle solution takes away from the world being built.

Pick up the pace – The best way to experience Blackwood Crossing is in a single sitting which I accomplished in about two hours. A fair portion of that time is spent slowly shambling across rooms looking for a single object or trekking across areas trying various puzzle solutions, actions typical of walking simulators; however, Scarlett moves almost unbearably slow. Her speed doesn’t feel justified by the story or setting but seems designed to mask the already short sections of gameplay and stretch out the story. Such a decision takes away from the finely crafted story that Paper Seven wove as it makes areas more tedious than they need to be. 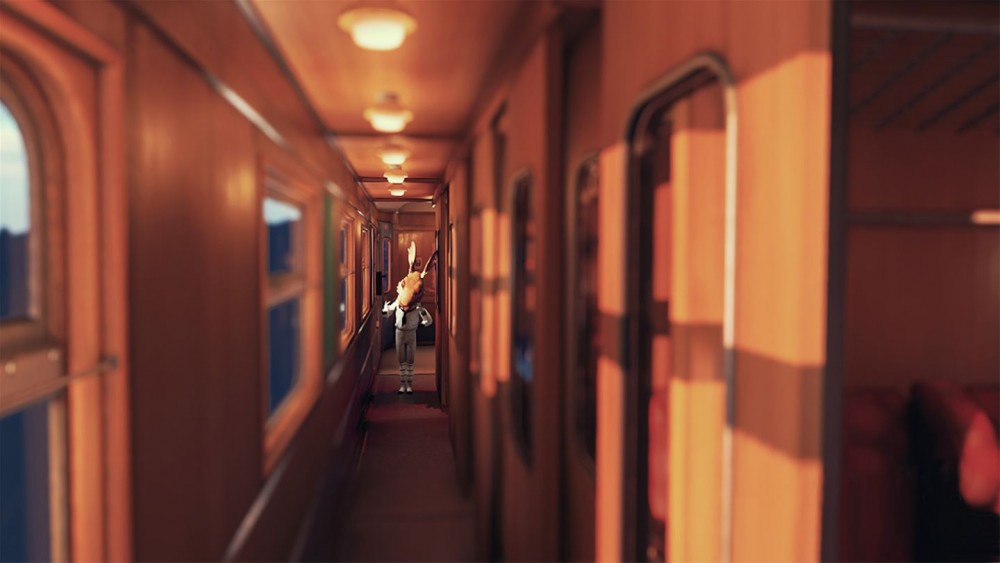 Blackwood Crossing offers a touching glimpse into the inner workings of a family from the perspective of a young teenage girl. Loss is at the core of the story and watching Scarlett and Finn internalize loss is a heartbreaking look at childhood. Revealing too much of the story takes away from the magic of Blackwood Crossing, but it is a gripping tale that everyone can connect to. Some of the puzzles boil down to disappointing distractions, but other are always engaging which makes the beautiful story the most important aspect of the game. Anyone looking for next tremendous story in gaming should look no further than Blackwood Crossing.

Blackwood Crossing was developed and published on Xbox One by Paper Seven and Vision Games Publishing. It was released on April 11, 2017, for $15.99. A copy was provided for review purposes.