Backward compatibility a big hit on Xbox One

Backward compatibility a big hit on Xbox One

Backward compatibility has endured as a key platform feature for all of gaming. Nintendo recognized this early on with their Game Boy line and made sure that each new generation would be able to play what came before in addition to the new games, thus creating great incentive to upgrade. Why would anybody keep their old device when the new one would do all of that plus more? Consoles have followed suit, to a degree, but changing format (Nintendo 64 cartridges to GameCube discs, for instance) did not always allow the gradual shift. When Microsoft moved on to the Xbox 360, backward compatibility was not at the forefront, and had to be implemented later on via emulation, similar to how the Xbox One has been realizing the process.

The response to the backward compatibility for Xbox 360 games on the Xbox One has been almost palpable, with gamers playing over 100 million hours of those titles so far, with Microsoft committed to continue adding games to the list. 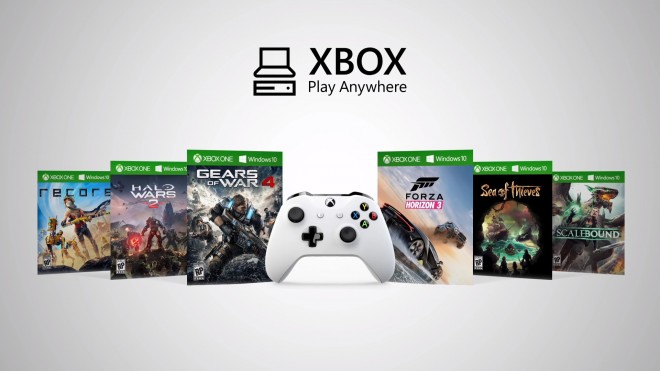 The promotion of the Play Anywhere initiative expands the concept of compatibility even further. Not only are past games still playable, but select current games will be playable on both the console and the PC, with cross play a feature developers are able to set. And when Scorpio and future iterations of the Xbox come out, hopefully the trend of giving as many reasonable options as possible for accessibility will continue.