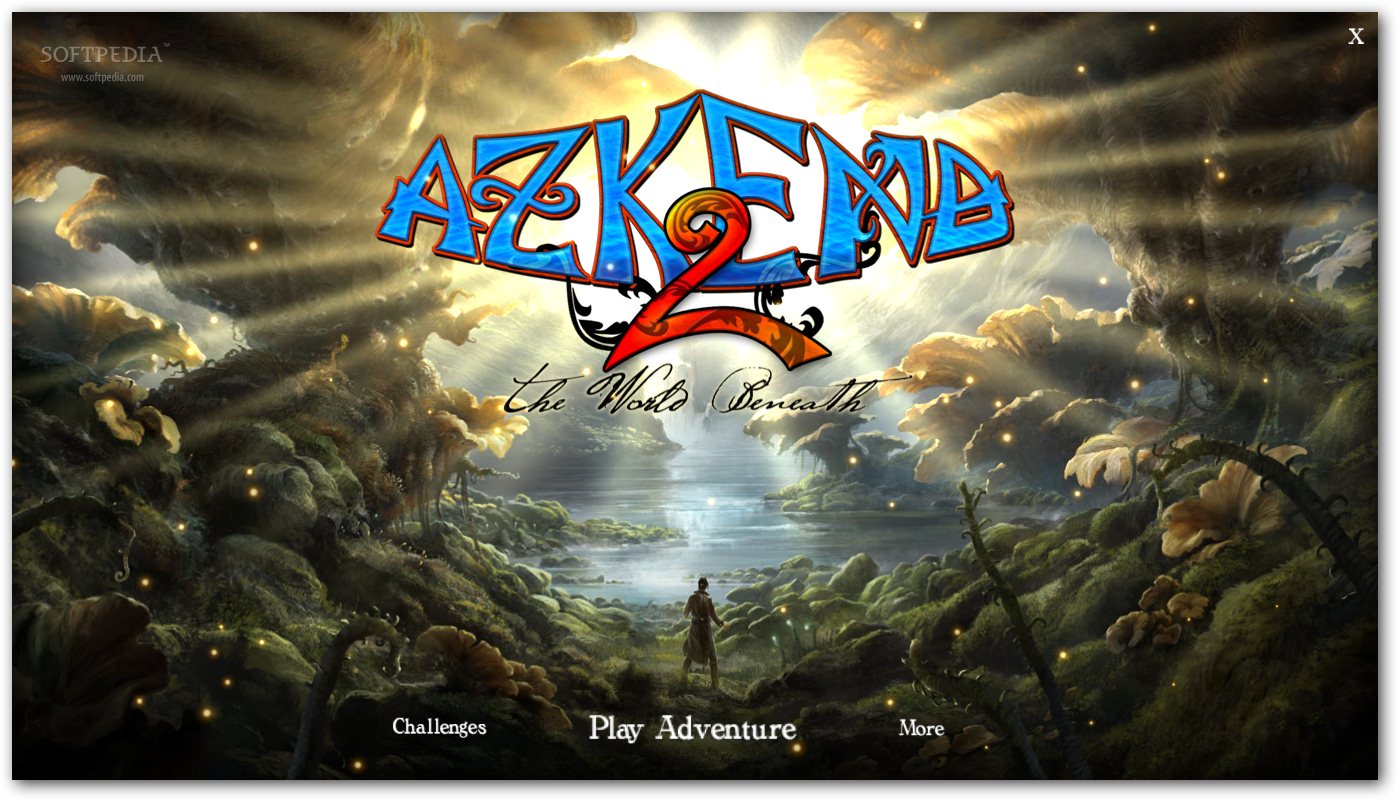 Within five short minutes of booting up Azkend 2, I was certain I was going to hate it. The first few tutorial levels introduce a simplistic match-three premise, and it starts with really basic, boring stuff. Stick with it, however, and new mechanics begin to introduce themselves, leading to more and more complex gameplay that remains true to the basic concept, whilst continuously reinventing it in new and interesting ways.

Azkend 2 centres on the story of a woman embarking on a journey from Liverpool to New York around the start of the 20th century. Despite decent voice acting and some lovely hand-drawn scenery, the plot is pretty thin, but it does serve to provide a vehicle for the scenarios that follow, and everything ties together with a genuine Journey to the Centre of the Earth feel. As a result, I suspect that whilst Azkend 2 might not be the most accessible, addictive mobile game out there, it does work strangely well on Xbox One. 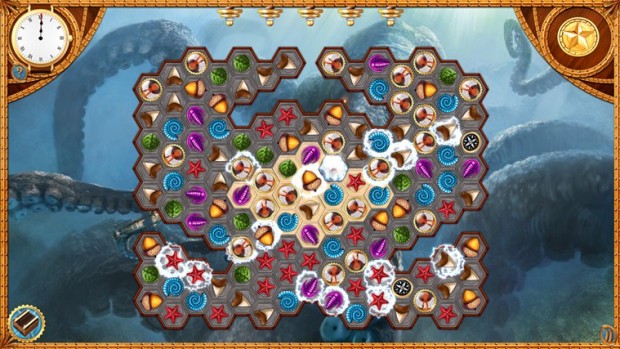 Ship shape — Despite my slight reservations about the quality of the story itself, there is no doubt that every bit of Azkend 2 is wrapped up beautifully as a kind of H. G. Wells or Jules Verne adventure novel. Each level is framed in the golden opulence of the era, and the tiles that players must match to make progress all represent elements of the story. A range of power-ups represented by adventuring gear from the era further enhances the illusion that this is more than just a basic match-three puzzle game.

A long and arduous journey — Azkend 2 features a story mode with some 17 themed stages, and each of those is split into four sub-levels. The objective of each is to collect parts of the missing items needed to progress through the story. More interestingly, each stage offers a particular kind of challenge that is also linked to the plot. Some stages are straightforward races against the clock, but the more fun ones have the player matching tiles to manage a raging fire or to deal damage to rampaging beetles that scurry towards the top of the board (at which point the player loses.) To me, these themed stages are much more fun than the usual (admittedly addictive) match-three games that focus only on score or time attack stages.

Something for everyone — Although I don’t count myself among them, many people do play this kind of game religiously for hours and hours on end. Such dedicated play demands alternative modes, and in this case, Azkend 2 provides both Time Challenge and Medal modes. In Medal mode, players work through previously unlocked story missions in any order and aim for the quickest finish to get a bronze, silver or gold medal depending on performance. Time Challenge is a simple score attack mode against an ever-ticking clock. 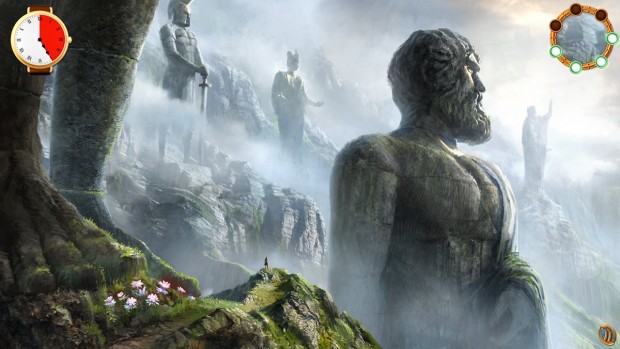 Fruitless searching — Despite the success of the core match-three gameplay, Azkend 2 features an inexplicable mini-game that offers literally no value. Between each of the story stages, a beautiful hand-drawn and subtly animated image appears, with a smaller, telescopic view of some part of the image appearing in the top right hand corner of the screen. Players must then click on the corresponding part of the larger picture, and then repeat the process up to eight times per image as a timer ticks down. Failure results in absolutely nothing, whilst success results in…. absolutely nothing. It’s as if someone wanted to do something with this mechanic, but it became too frustrating to pull it off.

No multiplayer — This is so often a bugbear of mine, but it’s a real problem nonetheless. Considering the innovation that Azkend 2 offers elsewhere, I could envision a range of fun co-op and competitive modes that might have been created. Alas, as it is, players will need to satisfy themselves with some fairly abstract score comparisons. 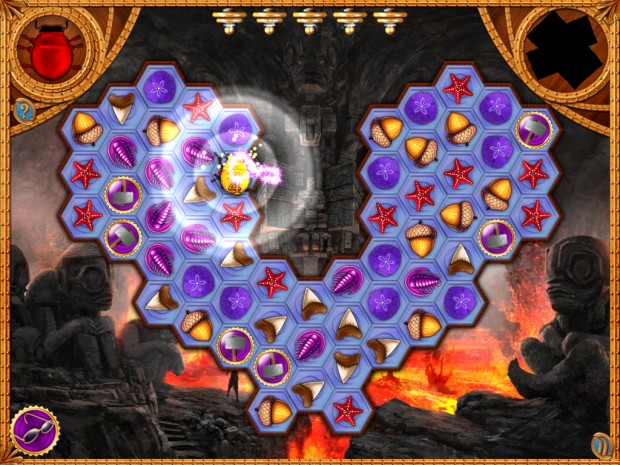 Well, I don’t mind admitting when I’m wrong. After having been so confident that I would hate Azkend 2, I’m pleased to write that actually I found it to be a well-presented and generally enjoyable experience for those who typically wouldn’t enjoy match-three puzzlers. The story is a bit lame, and the image recognition screens are banal, but neither prevented me from taking pleasure in the otherwise relaxing experience that Azkend 2 offers.

Azkend 2 was developed and published by 10tons on Xbox One. It was released on May 6, 2016 for $7.99. A copy was provided for review purposes. Click here for information on XBLA Fans’ new scoring system. 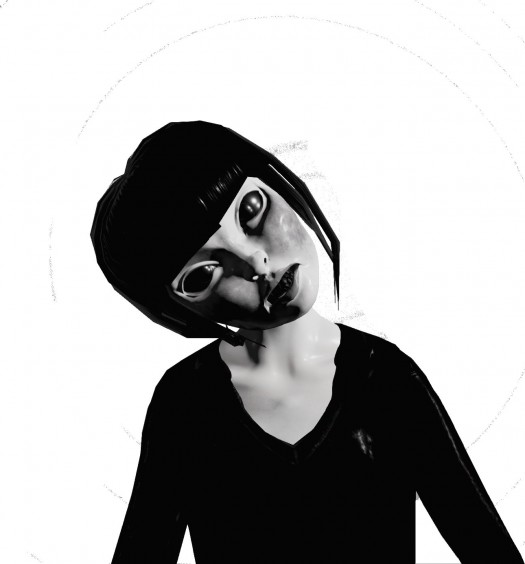