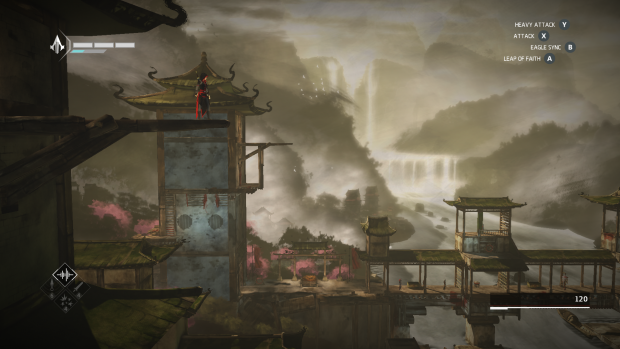 New setting — It’s nice to finally play a game in a setting that feels markedly different than the Middle East or the West. Setting this game in Asia, specifically China, freshens up the palette. One can only take so much of unwanted singing Italian minstrels or redcoats, after all. Everything from the language the guards speak to the look of the buildings feel new and breathes a bit of life back into the series. The other two announced games in the Chronicles series, India and Russia, will look to continue this invigoration.

Beautiful aesthetic — For the most part, the game’s watercolor art direction refreshes the status quo of the series. The well-placed flowing and fading vibrant splashes impart to the world a unique feel, totally different from any other Assassin’s Creed games. There are some stages where this aesthetic truly flourishes, and others where the setting and art style do not feel in sync—grey and brown cliff sides, for example, do not scintillate as well as red flags flying atop ornate structures. 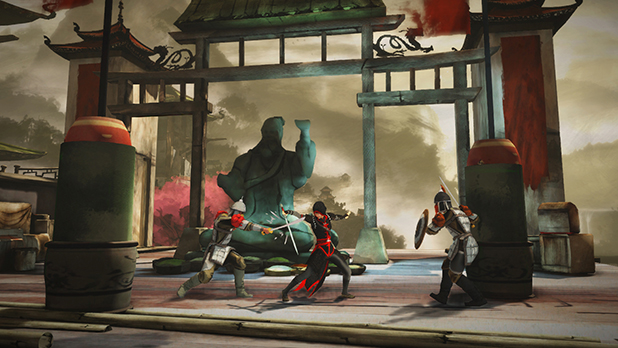 Paper-thin narrative — While Assassin’s Creed has not always been known for the best storytelling, the framework for Chronicles acts simply as a transition between levels. Aside from the protagonist, characters feel static and flat (and that’s not just because they’re 2.5D). The missions to kill the various templars do not impart urgency or empathy to the player, leaving each level to feel no more or less important than the prior one. Even though the settings will change, every mission feels like there is a short, non-resonating cut-scene; a stage with guards and some objective at the end; and then a player score is given in relation to how well you avoided killing the guards.

Movement and mission design are limited — The Assassin’s Creed franchise prides itself in the numerous ways a mission can be approached and completed. Sometimes stealthily poisoning a target from a haystack is the best move, but doing an aerial assassination from on top of a nearby building may be more fun. Assassin’s Creed Chronicles: China, however, is limited in key ways. Most parts of a mission have one path to take, and on that path, there is generally a specific way an encounter is passed: time the guard’s patrol and go when they are not looking or kill them all. Unfortunately, whereas other games in the series largely do not penalize players for non-stealthy techniques outside of sending more guards, China deducts points for breaking stealth in any way. It’s kind of a bummer that killing is discouraged in a game with “assassin” in the title. Going between the different planes in this 2.5D platformer is visually interesting, but rarely does it actually impact gameplay. Instead, it often makes the game seem silly. Guards being on a different plane means they cannot see you, nor can you see them; nobody can be bothered to rotate to the side, and a path that would seem to bypass a frustrating stealth sequence cannot be accessed by the player. 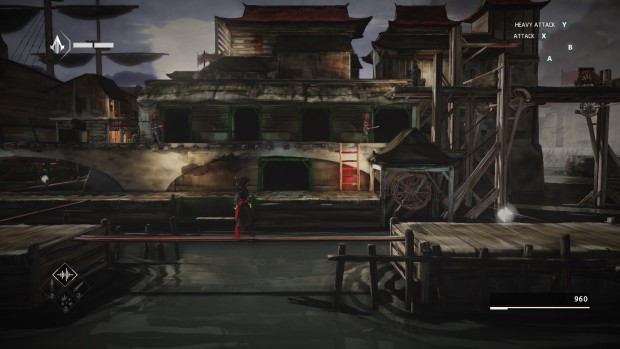 Assassin’s Creed Chronicles: China is a fun, gorgeous detour from the main series. Regrettably, the very name that brings interest to the game also leads to its disappointments. Encouraging the player not to kill and limiting mobility is counter to the freedom players have come to enjoy and expect from the franchise. In and of itself and away from preconceived expectations, the game does an adequate job at keeping the player engaged. The combat is serviceable, but underutilized, and the story is simply connective tissue between missions. If you love everything Assassin’s Creed or like the stealth genre a lot, it’s worth checking this game out, but if you want more of the stabby-stabby fun times the series is known for, this probably is not the game for you.