The falling blocks sub-genre of the arcade puzzle game sub-genre of the puzzle game genre has a long history including some of my all time favorite video games. While Tetris and its dozens of sequels, reboots and clones may be the most famous, there are lots of other games that have used completely different formulas to varying degrees of success.

In 2016, 27 years after most of us got our first taste of the genre with Tetris on the Nintendo Gameboy, it’s good to see that there are still new tricks for this great genre to learn. The first thing I want to say about Anode is that unlike most of the press its received, is not like Tetris. It’s much more like Super Puzzle Fighter 2 Turbo or Lumines. But even then, it’s got its own twists on top of those formulas. 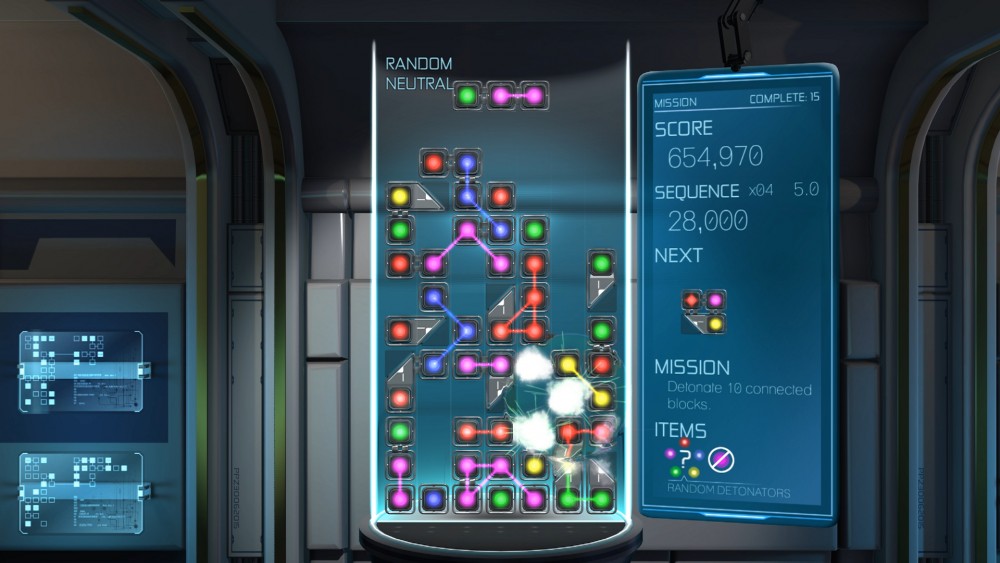 Game-play – Anode is a very fun, addictive puzzle game. The objective is to match colored blocks (they can touch in any direction) to create clusters of a single color. Every so often a special detonator block of the same color will fall and if you touch it to the cluster you previously built up, they all explode, causing neighboring pieces to fall and create combos and chain-reactions. It’s simple but fun, easy to learn but difficult to master and most importantly – addictive. The pieces fall in various shape configurations as well (which is probably where all the Tetris comparisons come from), which also adds to the challenge.

The twist – But Anode isn’t a simple Super Puzzle Fighter 2 Turbo clone (the game that I’d say it’s closest to in game-play). There is a twist, and it’s a really clever one. Along with all the colored pieces, sometimes you’ll also get these fragments of a connector tube. They look like a half a tube sliced at an angle. If you connect the opposite slices of one of these tubes together, they form a connector, which bridges together any color. So your cluster of blue pieces and now connected cluster of yellow pieces will all explode if you happen to touch a blue detonator to the blue pieces. It’s a unique idea that’s just difficult enough to pull off that it adds a totally new level of strategy, while being rare enough that it doesn’t become the whole game. But once you have a bunch of clusters all connected… It gets crazy.

Presentation – Anode is a pretty beautiful game, considering it’s just a simple puzzler. The game field has a really nice, polished look, and everything is really nice to stare at for hours on end while you try to beat your score again and again.

Music and Sound – The music and sound are both absolutely top-notch. The songs get stuck in your head and are actually something you’ll want to keep humming along to, and the sounds from pieces connecting to each other or exploding is quite a bit better than it quite frankly needs to be. Its definitely worth keeping the sound on while playing. 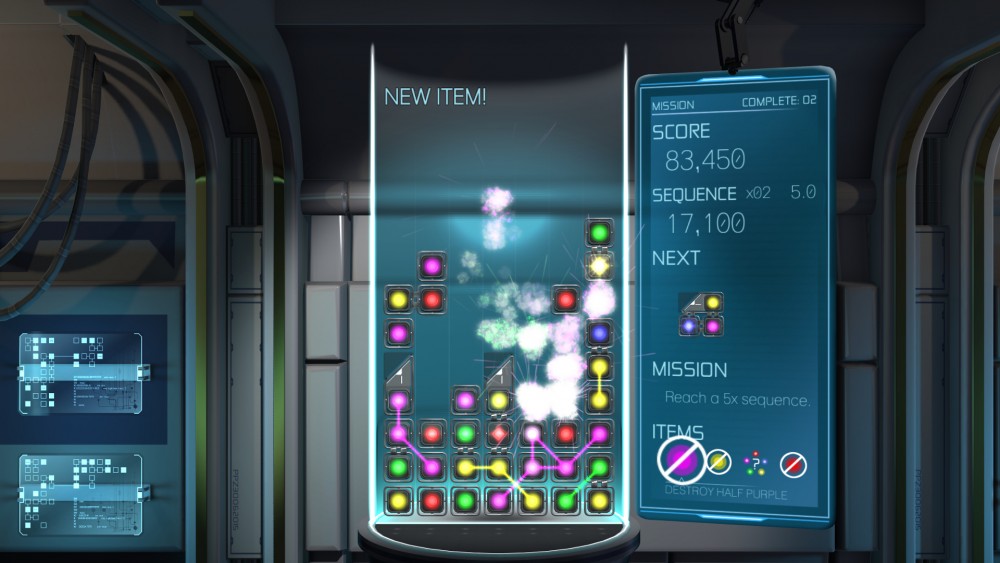 Multiplayer – Unfortunately while there is a local multiplayer mode, I didn’t have anyone to test it out with. But pretty inexcusably for 2016, there is no online multiplayer mode whatsoever. To be honest, I prefer puzzle games solo anyway, but I know for a lot of people, being able to challenge a friend is a big draw for these kind of games and I’m surprised the developers left it out.

Game Modes – Along with the missing online multiplayer, there’s really not much in the way of alternate modes. Endless is pretty standard for puzzle games, and there’s both a score attack and time attack mode. There’s also a pretty cool Mission mode that’s sort of like Endless except it throws out mission after mission at you which if you complete you get an extra bonus. But other than that, the game is pretty bare-bones.

[Editors Note: The game doesn’t have a colorblind mode. If you suffer from a form of colorblindness, this game may be unplayable for you. It was for me.]

Clearly I loved Anode. There’s a great level of strategy to it, and while its feet are rooted firmly in classic falling blocks puzzlers, its got a great new idea to keep you on your toes. It is a shame the overall package doesn’t include some more modes, but it’s only $3.99 and there’s still plenty to like, especially for those that like to challenge themselves to getting new high scores. Anode would make for a great portable game too, but for now, I can easily see myself going back to it on the Xbox One to keep building up my high score while I await a version with online multiplayer. 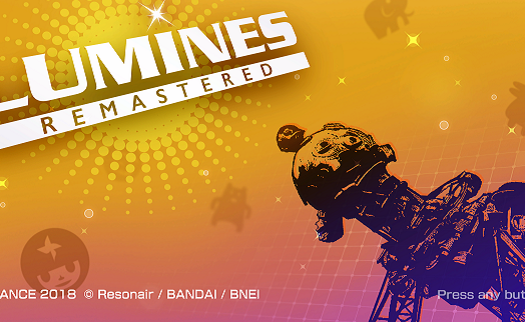 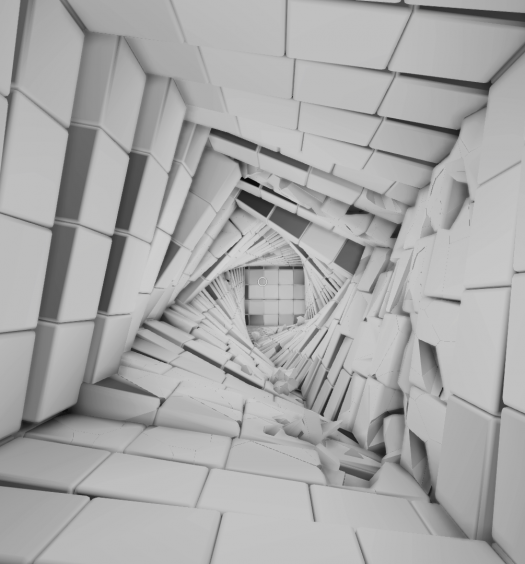