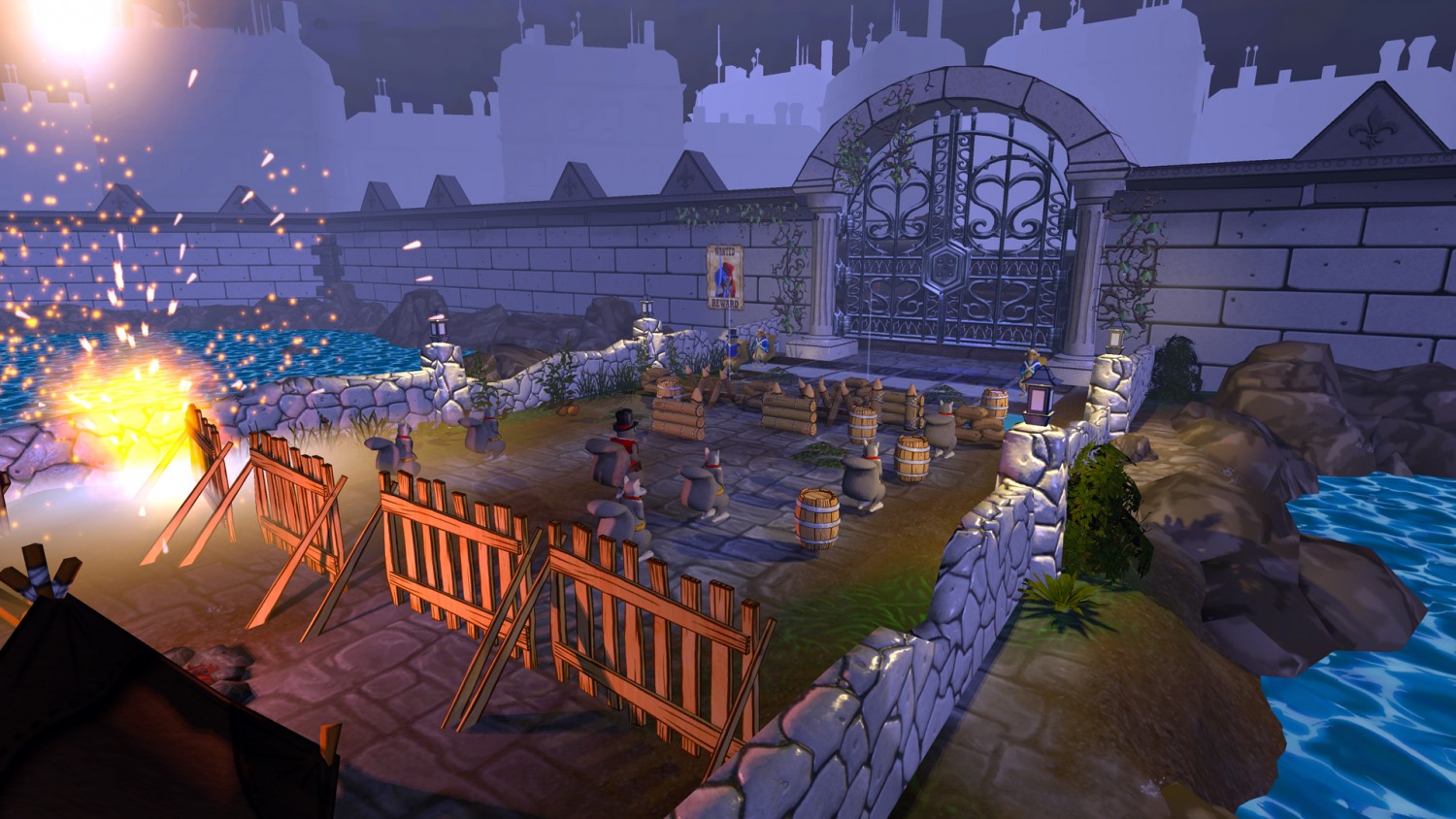 Acorn Assault: Rodent Revolution is a game that going into it, you sort of know what to expect, but you hope it can find a way to surpass those expectations. The game is quirky and has a unique setting of the French Revolution but with squirrels. However, quirky and unique doesn’t always lead to a great or fun idea for a game.

Acorn Assault is a turn-based strategy game where players take control of an army of squirrels, led by Charles DeMontesquirrel. Outraged by the tyranny of the king and the taxing of their nuts, these squirrels set forth to overthrow the king. Acorn Assault can best be described as a peanut shell. Inside there is a delicious peanut rattling within a tough shell, but there also is a whole lot of nothing. The strategy gameplay of the game is enjoyable at times, but everything else surrounding the game is tough to enjoy and hurts the experience as a whole. Solid turn-based strategy gameplay – The basic gameplay experience in Acorn Assault is definitely the best aspect of the game. The turn-based strategy does require planning and reacting to your opponents actions during their turn. The strategy gameplay revolves a grid based format where players are given basically five cards to play. Using a combination of attacking rodents or defense barrels, players must destroy the enemy base by attacking it directly. Players are dealt these cards each turn, with a max of three attacking squirrels or barrels. Once a piece is played, players cannot move the piece until it dies or gets upgraded to a stronger piece. When players play the same three pieces adjacent to each other, these pieces combine and create a stronger attacker or defense piece in the most recently placed piece’s position. These upgraded pieces can also be upgraded again if you mange to get three upgraded pieces adjacent to each other. Each time a player combines three pieces they gain nuts that can be used at the end of the turn to increase the attack power, defense power or restore the health of the home base. These matches can get slightly challenging at times during the campaign, as each opponent has a special ability that can mess with the grid or your pieces. The overall strategy component of the game is good enough to be enjoyable, but it is nothing that will keep you coming back to the game again and again. 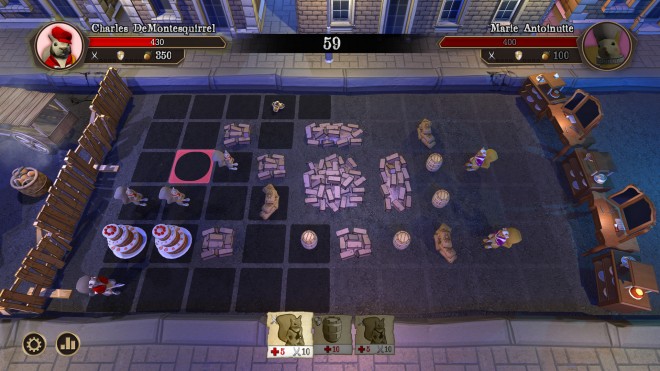 Dull and uninspired writing – The main story of the campaign mode of the game is not something to write home about. I was hoping that the game would be able to embrace the quirky setting and characters to create some funny moments, but after playing the game all I got was bad nut puns and some of the dullest, uninteresting writing you will see in a game. Whenever a conversation between Charles DeMontesquirrel and another character occurred, it basically looked like this: “I don’t like you” and “you should give up” by Montesquirrel followed by the opponent saying, “I will stop you rodents” and “you can’t beat me.” This isn’t direct dialogue, but it’s what you will most likely be reading while playing the game. If you were looking for any ounce of a story, Acorn Assault definitely doesn’t offer players anything in that department.

Repetitive campaign – Acorn Assault has five acts in the game but within those five acts players will battle an opponent five times with each time getting slightly more difficult. Having to play against the same opponent five times in a row gets repetitive fast, even with the slight change in difficulty each match. It doesn’t help that each match against an opponent gets longer as well. By the time I was at the last match of Act I was ready to be done playing the game for a while. The repetitiveness wore me down each level. The gameplay is fine, but having to battle the same opponent over and over makes the game feel stale and boring. The campaign will most likely take players only a couple of hours to complete, but the repetitive nature of the campaign makes it feel much longer and drawn out than it actually is.

Unfair challenge at times – For the most part the game is pretty well balanced during the campaign, but there were moments where it felt like I was intentionally dealt a bad hand while the opponent began with a great setup to make up for weak AI strategy. This meant if didn’t manage to catch a break, I was meant to lose that match. This only occurred a handful of times and it usually involved the opponents with the most annoying abilities, but it gave me the feeling that even if I thoughtfully planned out my turns during a match, I was put in a hole that I was not meant to recover from. 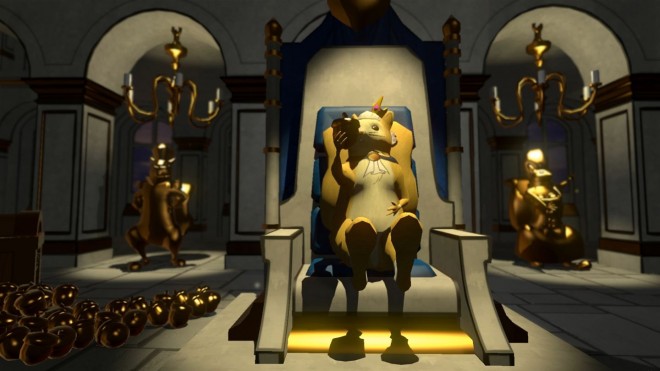 The turn-based strategy is solid, but everything else surrounding Acorn Assault: Rodent Revolution is a hard nut to swallow. The repetitive slog and poorly written story make this quirky game uninteresting, albeit weird. I have a tough time recommending this game to anyone including those who enjoy strategy games, as the core turn-based gameplay is not good enough to warrant having to trudge through the issues the game has.

Acorn Assault: Rodent Revolution is developed by High Tail Studios on Xbox One. It releases on January 11 2017, for $9.99. A copy was provided for review purposes. 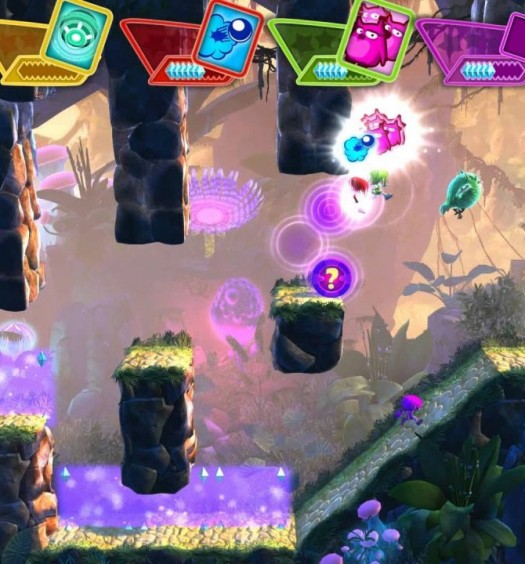