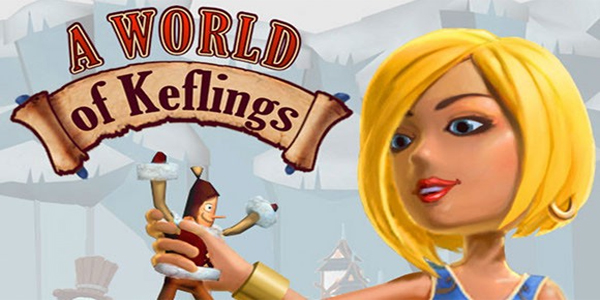 A World of Keflings was developed by NinjaBee and published by Xbox Live Arcade.  It was released on XBLA on December 22nd.

With games like Cloning Clyde, Band of Bugs and Ancients of Ooga under their belt, NinjaBee has become one of the most beloved XBLA developers to date.  In 2008, the release of A Kingdom for Keflings solidified their spot as an XBLA powerhouse.   After the success of the first installment, A Kefling sequel was evident.  As one of the most anticipated XBLA games of 2010, A World of Keflings generated high expectations from both the fans and the developers.  With a ton of new additions and upgrades, the difference between A Kingdom for Keflings and A World of Keflings is clear.  The game has improved in nearly every area. 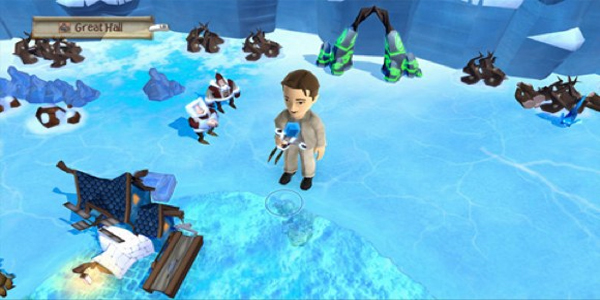 Color coordinated workshops – One of the few problems with A Kingdom for Keflings was remembering which shop made the pieces needed to build each structure.  A World of Keflings alleviates that problem by coloring each required piece on a blueprint and matching that color to the a specific workshops shipping area.  With many different workshops available, this could have potentially been a major issue.  This addition makes building any sized structure a quick and easy process.

Sliding structures – Another minor annoyance with A Kingdom for Keflings was having to break down and rebuild structures in order to move them.  Moving structures is no longer an inconvenient chore.  In A World of Keflings, standing beside a structure and pressing the “Y” button is all that is required for moving that structure.  Personalizing each village is now easy and fun.  It also manages to keep the player more design oriented helping to space out the overall flow of the game.

3 different Kingdoms – Although the Forest Kingdom serves as the main area for the majority of the game, the environment variations are very nice pace changers.  The Desert and Ice Kingdoms are approximately one third of the size of the Forest Kingdom, but they are perfectly sprinkled into the main story.  The smaller Kingdoms can seem cluttered at first glance, but the addition of bridges will eventually double the size of each Kingdom. 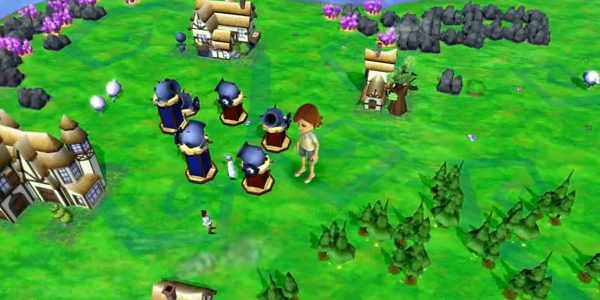 Lazy Keflings – There are times when harvest Keflings stop doing their jobs.  If there were no forest left to harvest, this would be understandable.  But the issue is that lazy Keflings will stand next to resources and never attempt to do their jobs.  Kicking the Keflings or reapplying their job will remedy the issue for a few seconds, but walking away from their area will trigger them to stop working almost immediately.  This tends to happen  later in the game after resources become a non-issue.  But it is still frustrating when Keflings refuse to work unless they are being watched.

NinjaBee listened to any and all criticism for A Kingdom for Keflings and it shows in their latest product.  A World of Keflings is full of pleasant surprises and great improvements.  Great gameplay and a humorous story make this title an easy recommendation for any gamer.  Microsoft’s Games for the Holidays promotion has officially kicked off with a winner.