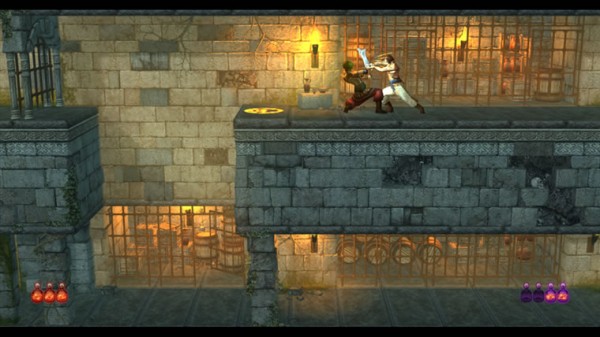 True to the original – The game sets out to be a modern reproduction of the 1989 classic, and it succeeds in every way. While purists may find minor differences the player looking to bring back their childhood memories will find it’s totally faithful. The environments and traps feel accurate to the inch. The gameplay feels classic as well. The animations for running and attacks have been redone with more visual oomph, but it doesn’t take away from the classic feel.

Visually appealing – Perhaps Prince of Persia Classic‘s greatest addition are the striking visuals. True, it’s no Halo: Reach, but the environments are colorful and detailed. The prince himself is now styled after the Sands of Time prince. That might seem controversial to some, but the new version of the prince fits well with the other visual upgrades. 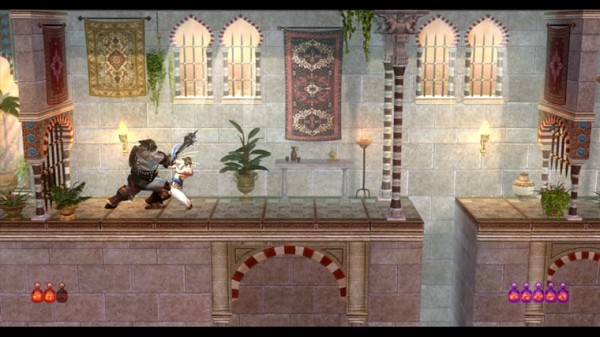 No extras – While Prince of Persia Classic adds a number of different game modes it still ends up feeling rather dry in the end. The game could have stood to have additional skins for the prince, including his original three outfits from the original trilogy. The addition of challenge levels or any sort of extra gameplay mechanics would have been appreciated too, as in the end there just isn’t much to do.

Too expensive – While the game is a great 3D throwback to a classic 2D game there’s just not enough here to justify its 800MSP price tag. The game is over all too soon, and the additional game modes don’t add anything to justify the expense. At 400MSP Prince of Persia would have been a reasonable deal. At twice that it only appeals to those who have an intimate relationship with the original game. 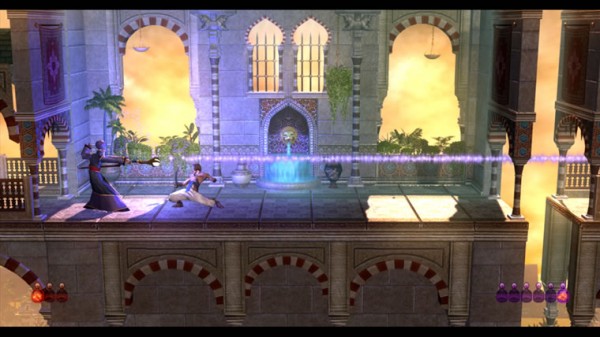 Prince of Persia Classic is just a 3D remake of a classic game. That being said it can really appeal to those wanting to relive their days sitting in front of a DOS PC, but others will find it difficult to shell out the full price. Those on the fence should wait until the game goes on the sale for 400MSP or less. It’s a great little game, but the high price and lack of content just don’t justify 800 points.