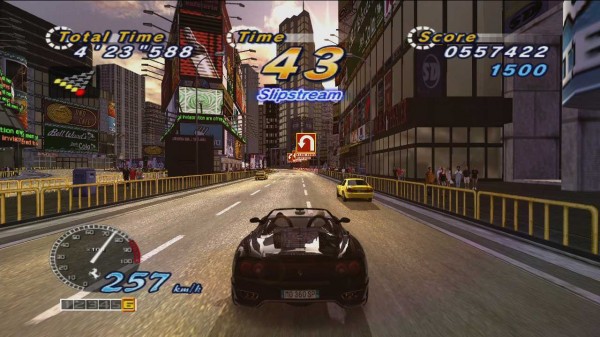 It’s shiny – The OutRun 2 series looks great on the original Xbox, and OutRun Online Arcade takes it one step further.  The already impressive models have received higher resolution textures, and roads, terrain and vehicles have all the pretty HD goodness one would expect from a retail title.  Some stages don’t show much of a difference from their last-gen counterparts, but for the most part each one has impressive detail for an XBLA racer.

All the OutRun goodness – The gameplay that made the OutRun 2 series of games great is preserved in every detail in OutRun Online Arcade.  Cars drift as they always have, the Heart Attack challenges given by the passenger are still just as thrilling, and racing the clock is just as white-knuckling as it was back in 2003.

A lot in a small package – When the game was released in April 2009 the maximum size of an XBLA game was 350 megabytes.  That being said Sumo Digital did an excellent job picking and choosing which vehicles, courses and music would make the cut.  Fans may be slightly disappointed that their favorites aren’t included, but the game still provides lots of content. 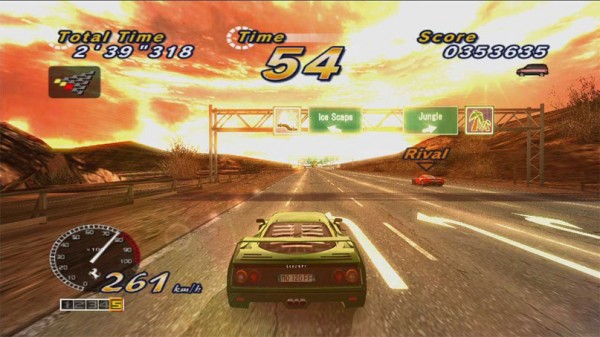 Where’s the DLC? – Although Sumo Digital was limited to 350 megabytes it still stood to reason that there was plenty of DLC that could have been released.  The original OutRun 2 courses, along with the two bonus courses from Scud Race and Daytona USA would have merited another 400MSP from players.  A pack containing the missing music tracks and cars could have also brought another 400MSP price.  Yes, that makes 1600MSP total, but given the amount of content that would have been provided this seems more than reasonable.

An acquired taste – This game is a perfect example of why we tell folks to try it before you buy it.  First impressions from some players may be that the game doesn’t fit their appetite, but playing through the entire trial version will allow players to experience all of the great gameplay it has to offer. 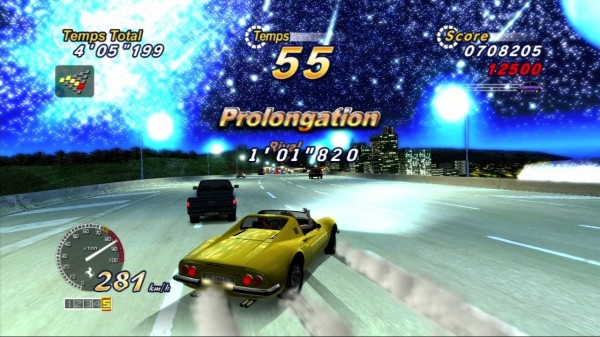 With OutRun Online Arcade dropping of the radar this December players only have roughly nine months to pick up the game.  While it’s not as packed with content as it could have been with downloadable content OutRun still brings amazing arcade gameplay in an affordable and small package.  Those looking for a great trip down memory lane, for some fun and interesting achievements, or simply to pick up a game that soon won’t be available really can’t pass this one up.  Everyone else… well, they shouldn’t pass it up either.