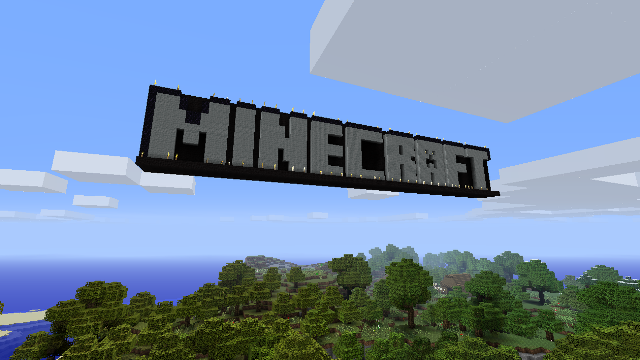 The following is an editorial. It represents the views of the author only, and not the XBLA Fans staff as a whole. Every few years a new game surfaces that’s “cool” to play. In the early part of the 2000’s it was Halo, then it was Grand Theft Auto 3. Call of Duty: Modern Warfare started a trend that’s seen yearly addon pa–err titles to the series. But the most recent trend of only three years is Minecraft. It’s a game that every teenage boy carries on his USB thumb drive, hoping that while in the computer lab he won’t get caught playing the no-need-to-install version on a school PC. But it’s become more than that. It’s a social thing now. PC players host and join mulitplayer servers, working and battling creepers cooperatively. Minecraft: Xbox 360 Edition brought a near-perfect experience to home consoles, and while it’s not quite as strong as it’s PC brother, it’s been enough of a success to post over 3 million players to the leaderboards and get the attention of Red vs Blue‘s Rooster Teeth, who have created a series of Let’s Play videos and challenges.

But I just don’t get the appeal of this game.

I get that it’s well made, that it has a social appeal, and that those who love it enjoy it immensely. And to that I say good for them. But try as I might I just look at the gameplay and scratch my head. Maybe it’s because I’m playing solo. Maybe it’s because I’m in my (early) 30’s. Maybe I just feel like it takes too much time to get to the fun stuff. Whatever the reason I wish fans and the faithful developers the best, but it was like grinding teeth for me to play this game. 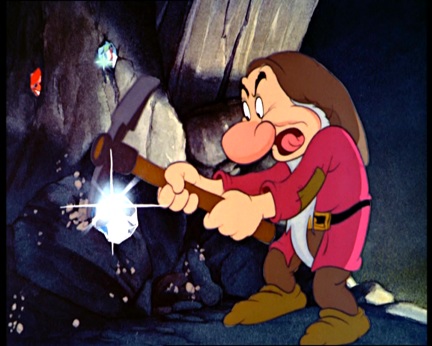 The seven dwarves like mining. They like digging all day, singing in an echoey mine for diamonds. I suppose if I owned that diamond rich of a mine I would too.  But Minecraft feels tedious to me. I spent a few hours trying to gather enough supplies to make the resources needed for my own little adventure. At the end I had little to show for it: a basic (and ugly) little shack with a furnace, a bed, and a few tools for mining and battling would-be house wreckers. It moved at a painfully slow pace. I just don’t have time to dump hours into gathering supplies. I want to build.

What’s that? There’s Creative mode now? True, but I want to have my cake and eat it too. I want to build whatever I want, but also be able to go out and fight … whatever the forces of evil are in this game. Minecraft just isn’t built to handle that, at least not on the 360, and I don’t have an interest in PC gaming anymore.

Not a loner’s game

My 16 year old nephew bought Minecraft: Xbox 360 Edition the day it came out, and he never buys any digital releases. He played it non-stop (sometimes until way too late for a teen) until he got a 400/400 gamerscore on it, and apparently he was one of the last of his group of friends to do so. Me, I was content waiting for a sale. So when I got the chance to get a code from an acquaintance for a cool $5 USD I took it. But by that time my nephew had started to move on. He was busy playing FIFA 13 and couldn’t be bothered to help his mom’s little brother get started mining.

So I took it upon myself to do so. I immersed myself in the pre-1.8.2 tutorial world. I did everything that I had thought to do while watching Let’s Plays of the game. I tried to drown a pig. I took on a creeper bare-handed, trying (and failing) to use jab-and-move tactics. I dumped lava on a house just to watch it burn. It was fun.

But that fun quickly faded. None of my married-with-kids friends wanted to play the game, and any XBLA Fans staff who had played early on had since moved on. It seemed everyone on staff was playing Borderlands 2, and all my married buddies were stuck watching Netflix. I found that mining after my wife and kids went to bed was boring, and doing so during the day bored my three year old daughter, my little gaming princess. I could only drown so many pigs, only set so many houses on fire. It just wasn’t fun anymore.

The “here’s why it’s fun” pitch

Before and since I picked up the game I’ve received several “why Minecraft is awesome” sales pitches. The most popular is that of being able to build anything your imagination can dream up. But I only get immersed so far when my ‘house’ looks like something out of the original Doom, and that house doesn’t really have a point to it. (to be fair, I get the art style–I’m just saying it doesn’t suck me in)

See, Halo Reach and Trials Evolution may not have the depth of creation that Minecraft has (though in the case of Trials Evo that could be debated), but they both have a point, an end objective. Reach‘s Forge maps are there to provide new killin’ grounds. Trials Evo customs bring new skill games and adventures on two wheels. At the end of the day my Minecraft shanty just sits there looking all 8-bit. 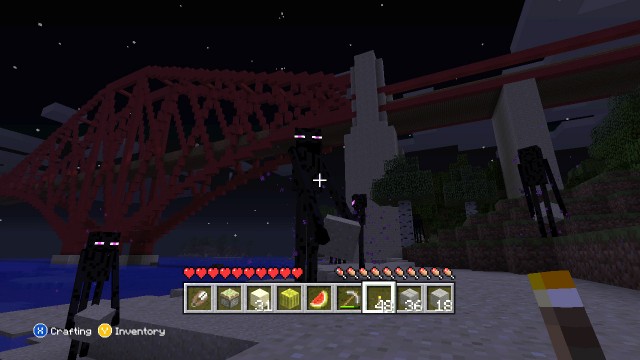 To those feeling offended right now, don’t be. I think it’s great that you love Minecraft. With the millions of copies sold you should feel proud to love it–clearly much of the gaming world does. But like Call of Duty fanatics there’s this constant, frustrating push to non-fans to buy the game. Odds are if someone isn’t already on board they don’t want to be. Enjoy your game. Keep building. Just please, stop pitching it to me.