First, you’ll need a run-down on the story. AMY‘s dystopian future is set in a 2034 midwestern America ravaged by some kind of comet-borne infection. You play as Lana, an infected woman that is protecting Amy: an eight-year-old autistic girl that is mysteriously immune to the infection. Naturally, Amy is being hunted by just about everyone; monsters, the military, and geneticists are all trying to get a piece of her.

Amy’s autism (or perhaps the trauma of being hunted by a panic-stricken populace) prevents her from speaking—at least, in the conventional sense. Amy’s facial expressions speak volumes; she hesitates when trouble is near, displays fear, and is reassured whenever she’s near Lana. It’s clear that a lot of care has gone into the character design, making Amy look and act like a real little girl that the gamer could easily grow attached to. Likewise, Lana has a very human character design, which evolves drastically when she shows increasing signs of the virus. Lana’s skin turns a sickly color, her eyes become almost white, and her veins stick out in a decidedly unhealthy fashion. 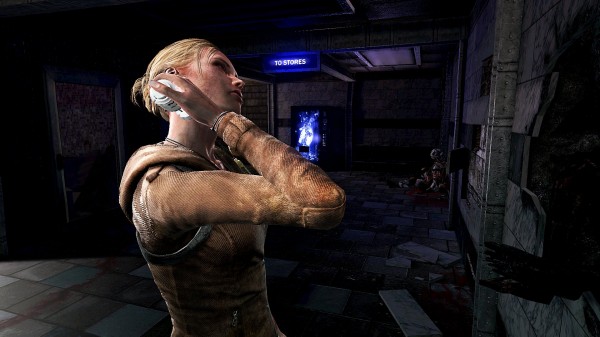 The almost symbiotic relationship between Lana and Amy is the core of the gameplay. Lana protects Amy and guides her through the environments, while Amy’s powers protect Lana from the infection. If Lana takes too much damage or treads too deeply into infected territory, she can pick up a med kit… or simply hold Amy’s hand. The player can also direct Amy to do things that Lana can’t: Amy can crawl into tight spaces, access highly infected areas, or make noise down the hall to distract enemies. Amy also carries a lamp, which will serve as a much-needed source of light, but will also draw the attention of enemies.

At first glance, this symbiotic gameplay mechanic might seem to simplify the survival part of survival horror. Watching the game in action, however, there was no doubt in our minds that the action could get pretty frantic. If Amy dies, it’s game over. That means the game is all about strategy, pacing, and decision-making. If protecting Amy is your primary objective, you can’t just wade into battle with Amy in the middle. And if Amy flees, so does your best chance of staying alive, especially given the notable absence of firearms and the destructible nature of most of the game’s weapons. 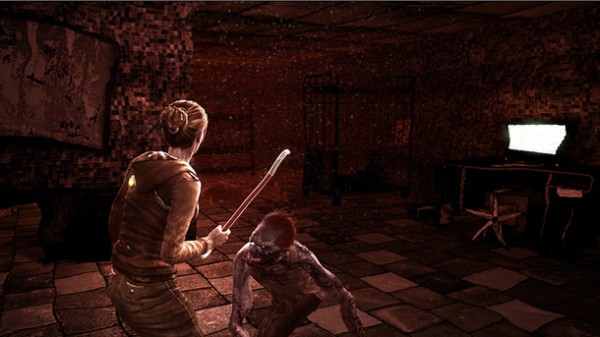 During our playthrough at E3, we spent a lot of time skulking in shadows and being afraid. AMY is a lot more like psychological horror games like Silent Hill than run-and-gun action titles. In one sequence, we huddled in a cabinet of some kind while the big baddy lumbered by. (You’ll know exactly what we mean if you’ve ever held your breath as York in Deadly Premonition.) To help you keep tabs on the situation, Lana is equipped with a special indicator light on her back, which gauges the infected level of your immediate surroundings. (The light is sort of a cross between the old-school Sam Fisher stealth indicator and the Dead Space health meter.)

While we’re name-dropping, we might as well mention the game’s endearing ode to one of our favorite survival horror games of all time, Eternal Darkness: Sanity’s Requiem. AMY may not have a sanity meter, but the more infected you are, the darker the situation seems to be. At one point in our playthrough, we seemed to be overwhelmed by infection, but as soon as we took Amy’s hand, it turned out that the room was hardly infected at all. It’s not exactly flies on your television or fake blue screens of death, but we love the interplay between reality and delusion. 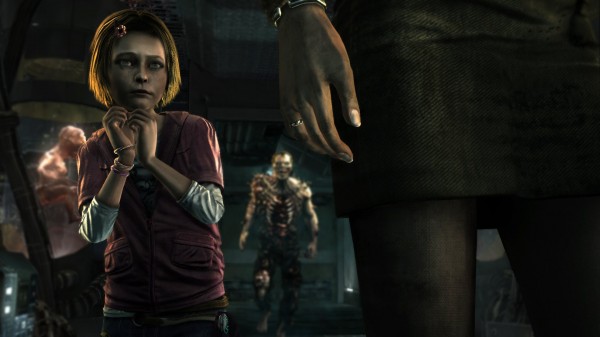 We also loved the use of rumble feedback in AMY. If you take the little girl’s hand, the controller vibration replicates a heart beat, which increases as Amy gets closer to enemies. Somehow, Amy can just feel the presence of nearby enemies. And her powers don’t end there… we took our tour of AMY with Lexis Numérique’s Djamil Kemal, who hinted that Amy had all sorts of other powers like the ability to set things on fire. Is she a mage? Or a genetically modified Bioshock-esque mutant? And why is she alone immune to the virus?

That’s just the beginning of the questions we’re eager to have answered. Kemal hinted at plenty of other details that are yet to be announced, including how much game time you’ll actually spend with Amy, how long the game itself is, and how many different environments there are. We know that the story will eventually take you outside the city and Kemal referenced a scene with a character named Father John gathering survivors in a church and another scene on a train.

Even with our limited glimpse of the game at E3, AMY already seems to look and play like a full retail title. We hope that Lexis Numérique’s choice to release this impressive game as affordable DLC works out. The proof will be in the pudding: AMY doesn’t have any official release date or price, but it looks like the target is September with a price of 1200 Microsoft Points—or even less. And yes, the game is planned for release on XBLA as well as PSN.

The official site for AMY is still a work in progress, but in the meantime, you can follow the game on its official Facebook page. 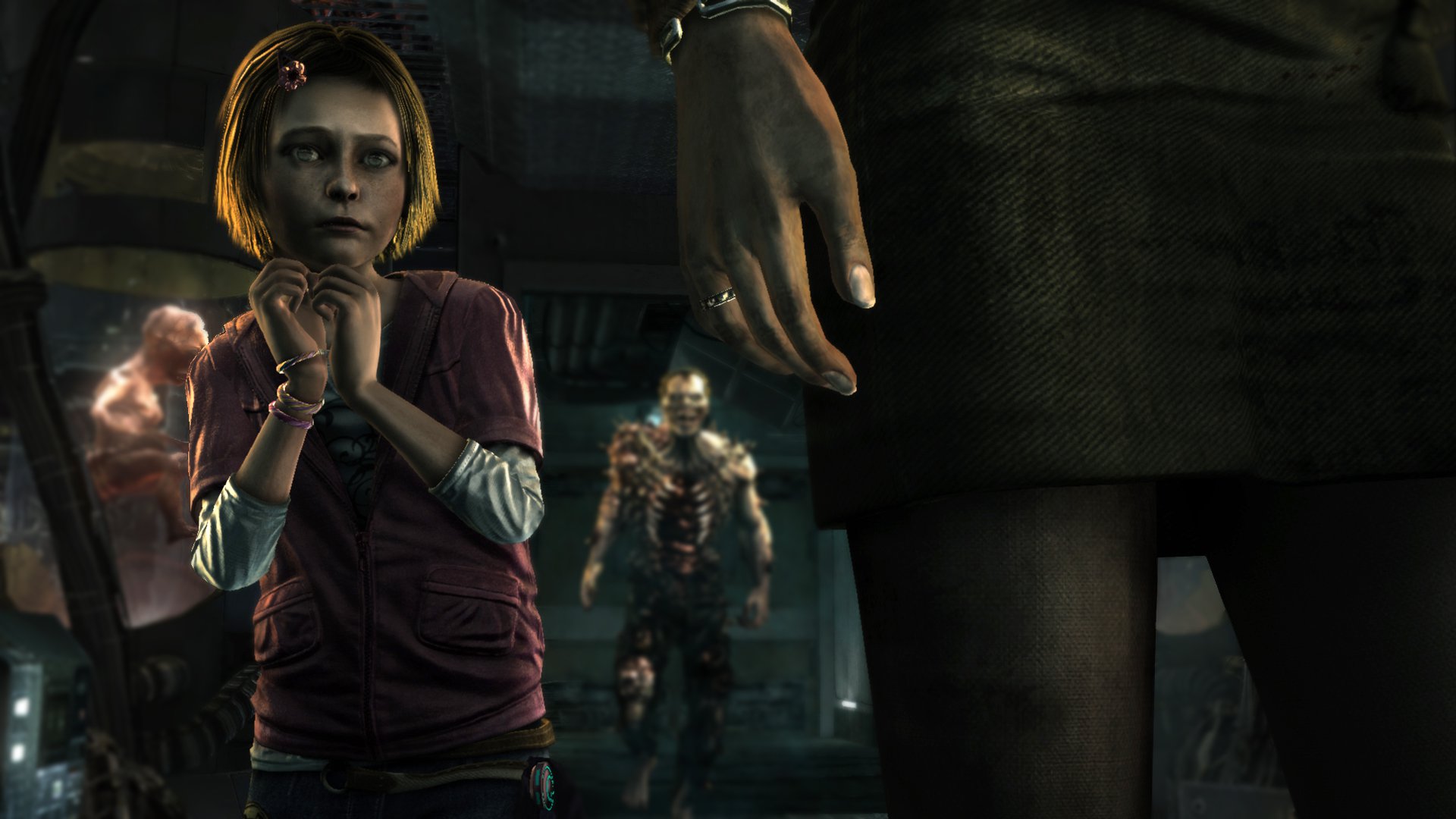 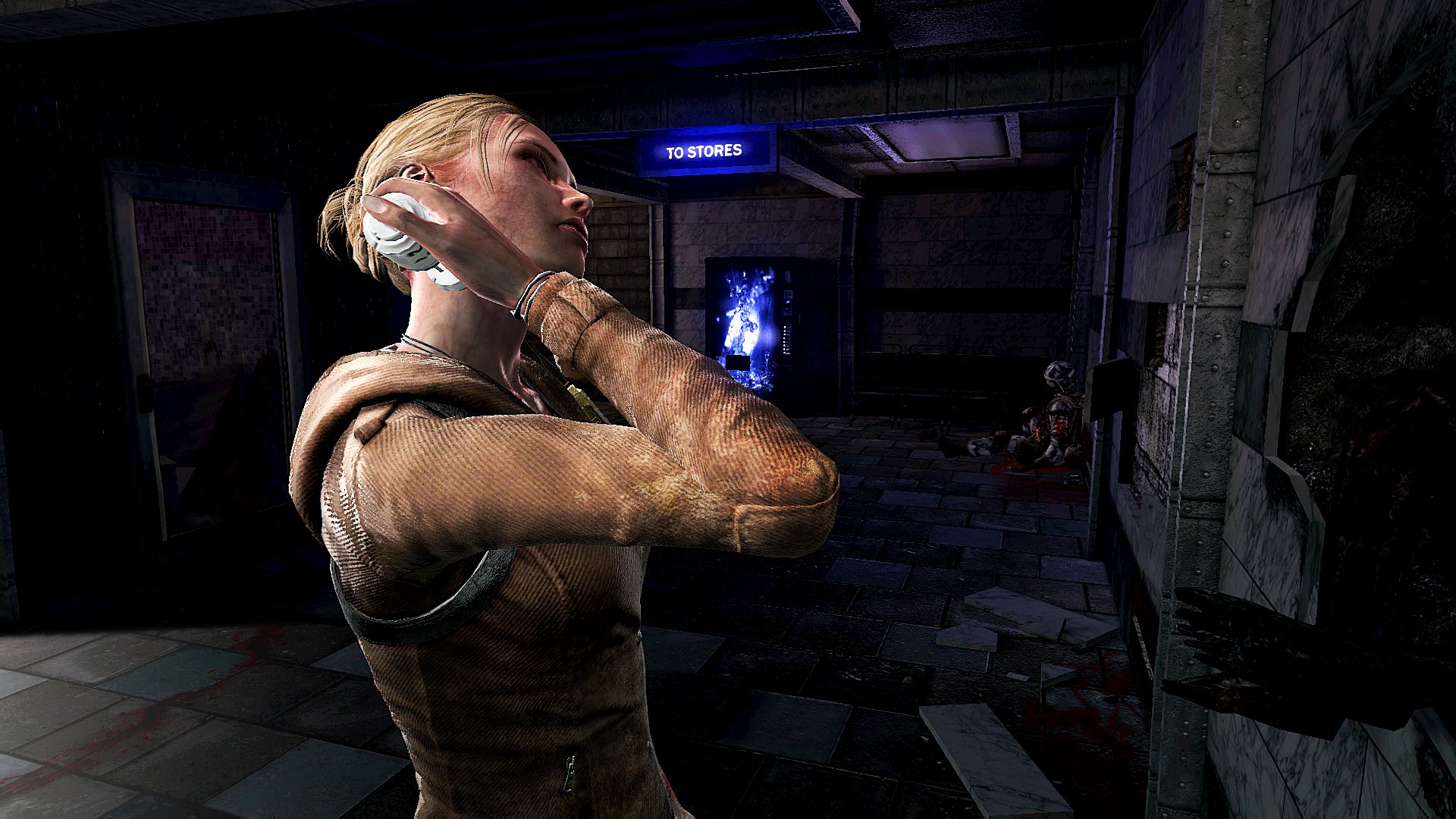 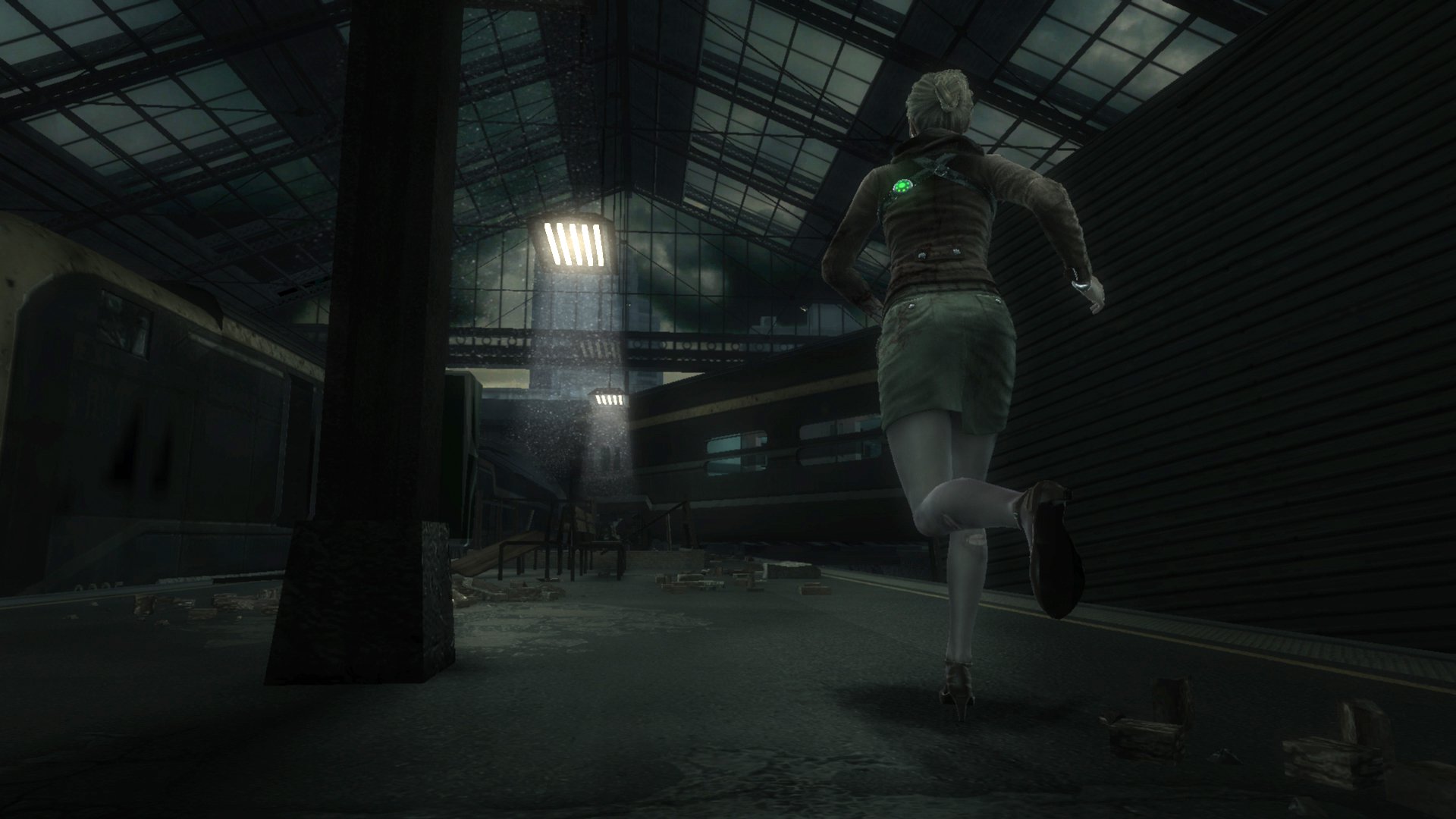 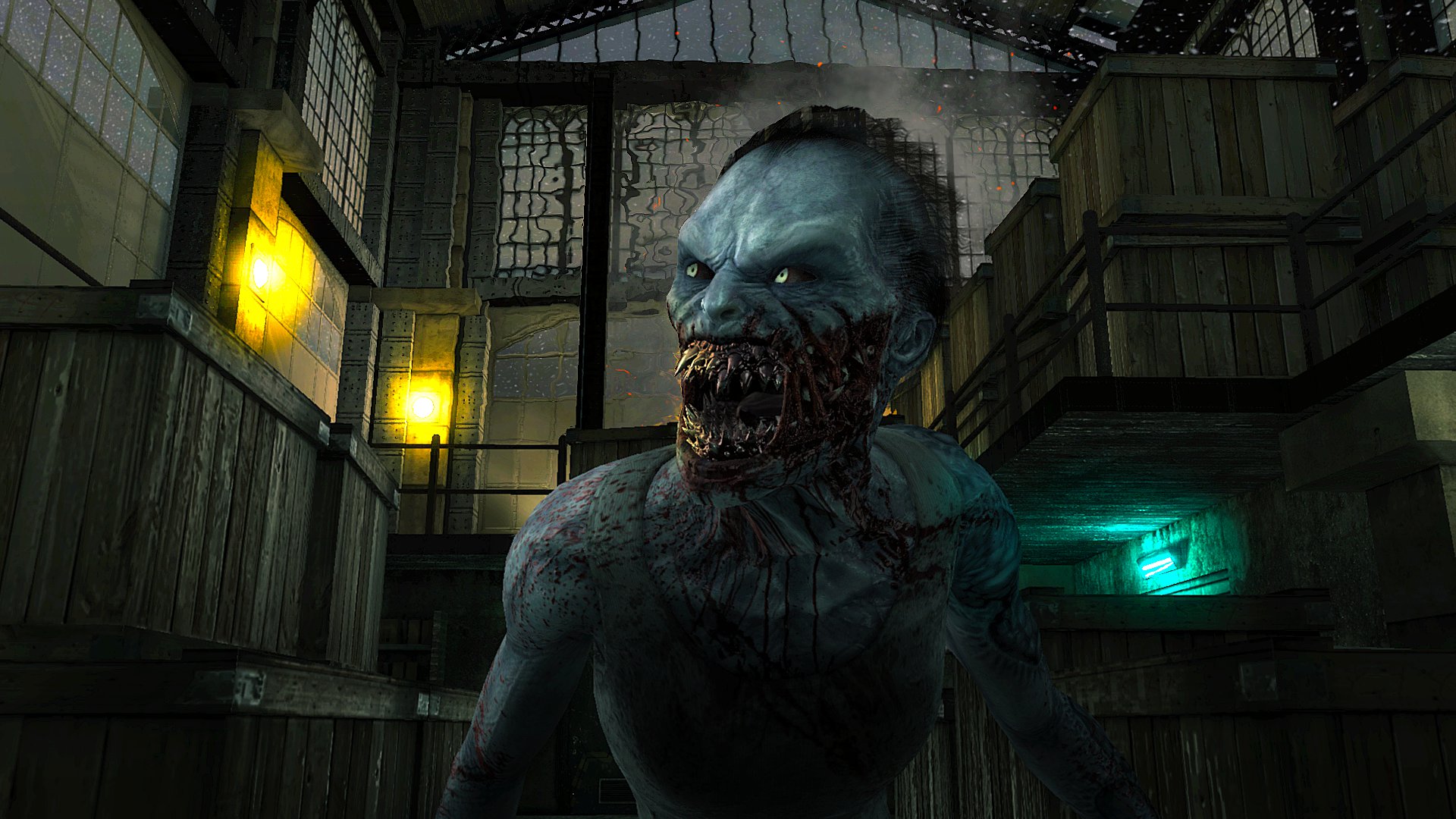 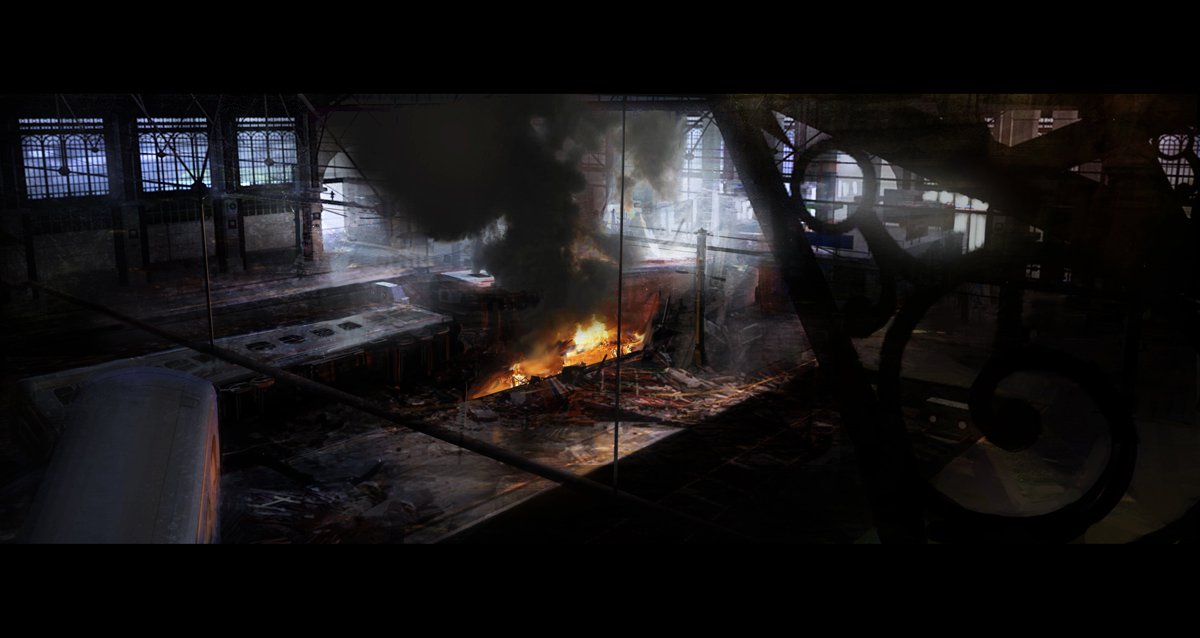 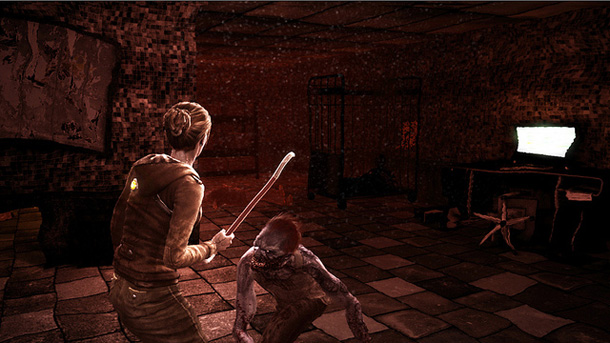