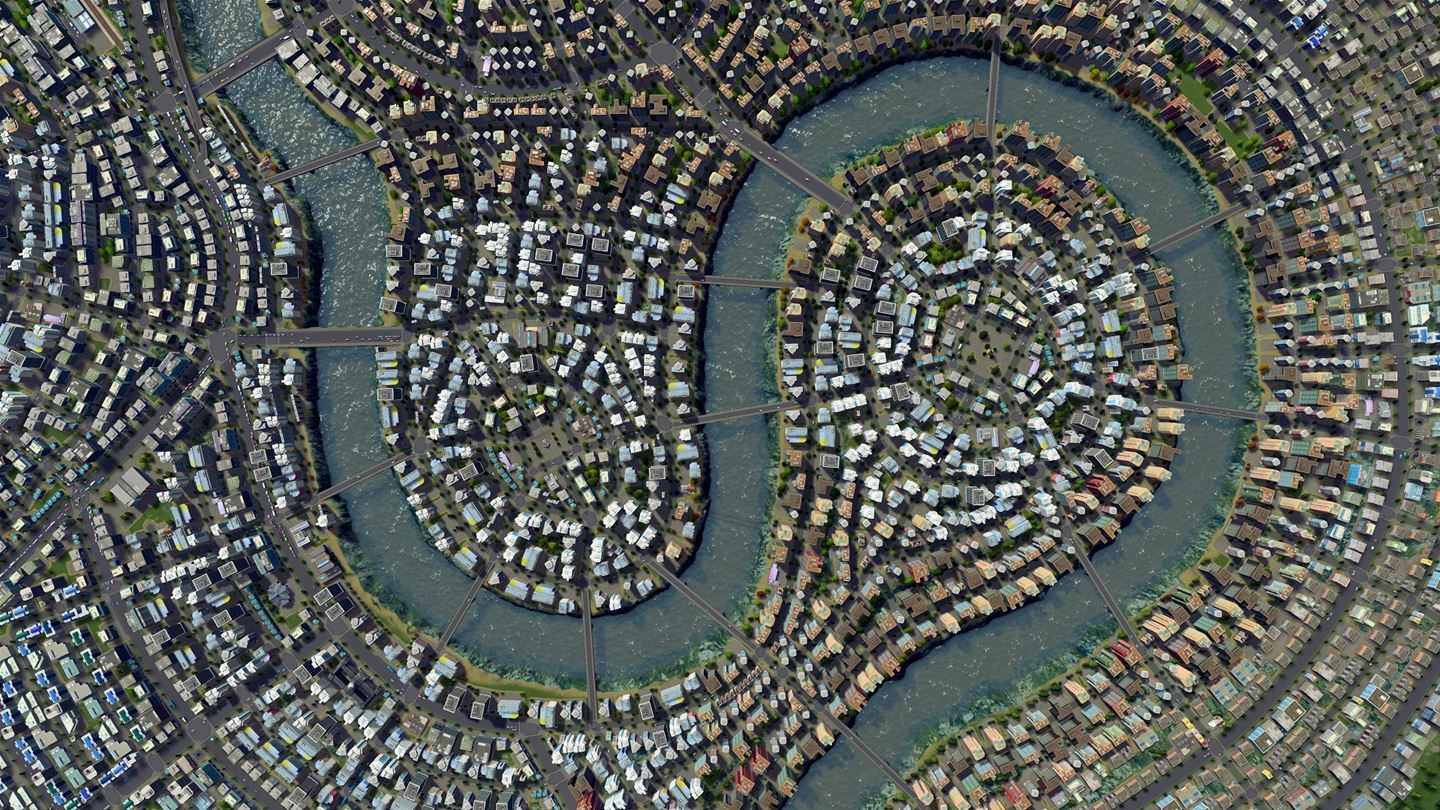 The residents of ‘Mitchellville’ are on the whole a happy bunch. Sure education is at an all-time low, but the furniture industry is booming since apparently, kids are picking up whittling at an early age in the absence of any elementary schooling. We also recently switched to renewable energy after the coal mines burnt down in the Great Fire Fighter shortage of 2020. Many lives were lost, but lessons were learned, and smoke detectors are now freely available to every building.

There has, however, been some complaints about the lack of things to do, but we’ve started promoting biking in most districts in an effort to ease traffic congestion, and I’m pretty sure cycling to and from work doubles as a leisure activity… Anyway, things are now looking up with the new land I’ve just bought. I’m planning to set up the whole area dedicated to leisure, centered around a monument in my honor. That should surely bring the tourists in and hopefully keep those pesky tweakers sweet for a while. 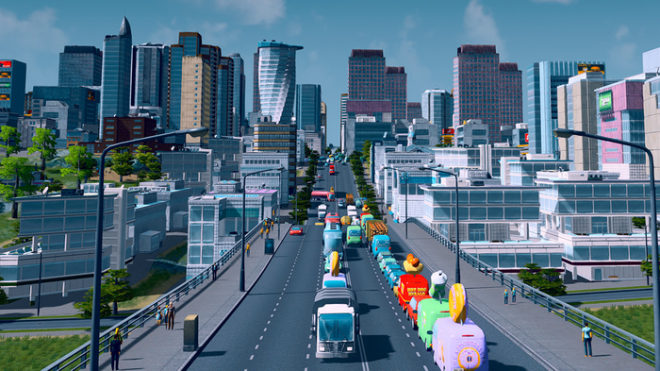 Deep Gameplay – Finally! We have a city builder sim on Xbox One and make no mistake; this is not a slimmed down version of a PC game. On starting the game, you are given the choice of map style, each with varying city styles, land features and natural resources. You can also choose whether to play with a few cheats switched on and even whether your cars drive on the right or left-hand side of the road. After that, you’re then free to set about building up your city in true sandbox fashion. Of course, if you want your city to succeed you’ll still need to follow some sort of structure. Laying roads will automatically provide zones for you to assign as Residential, Commercial or Industry and as the game progress, Offices zones will also unlock, as well as high-density zones. You’ll also need to make sure each building has power and a clean water supply. As more people come to live in the city, new special buildings will unlock such as schools and hospitals and even decorative features. You can also set policies, raise taxes and create districts. Everything can be personalized right down to naming every corner shop. There are also a number of in-depth stats for you to ponder over and see what changes you need to make, though your city’s residents usually let you know what they think of your city via a social media ticker running along the top of the screen. There’s a lot to take in, and it’s hard work to keep your city balanced, but it’s also one of those games where you’ll soon find you’ve skipped lunch and dinner as the hours disappear.

Stunning skylines – The game’s graphics are in short, fantastic. From the birds-eye view, you can get an idea of the vastness of your city, and how far you still have to go. However zooming right into street level, you can really experience how amazing your city looks, with the rolling hills in the background and some truly breathtaking sunsets to take in. The included After Dark add-on also gives you some stunning nighttime scenery. It really is satisfying to take a moment to admire your city and think, “I made this.” You can also hide the menus, allowing you to take some great screenshots to share with others. Hello, new dashboard wallpaper.

It’s fine with a controller! – I’m sure the number one question on everyone’s mind is: how easily does it control? Now, to be fair, I haven’t played the game on PC, but I can say, at no point did I get frustrated with the Xbox controller and feel the need for a mouse. The outer menus are easily navigated with the Right and Left Bumpers, and each item within is highlighted using the d-pad. Additional information can be brought up by pushing the Right Stick, if you love stats and graphs, you’re gonna die here! Drawing roads is easy enough, and the game gives you plenty of options to do so, be it straight, curved or freehand. Pretty much every button is utilized on the control pad, but it all felt natural. All in, the developers have done a wonderful job porting the full game experience to a console. 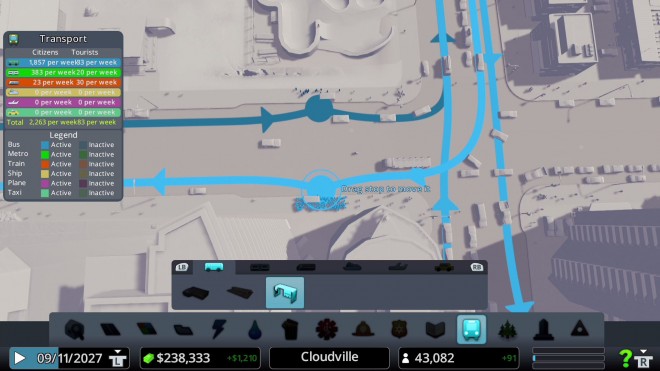 Step for a hint – If you’re fresh to the city building genre, you will do well to stock up on some YouTube lessons before hitting Cites: Skylines. There’s next to no tutorial, and for a good portion of the game, I felt pretty lost. My bus network doesn’t work, and I still don’t know why, my roads are horrible and the ambulances can’t get to anyone in time, so everyone is dying, and to top it off my city is currently drowning in garbage. To put it mildly, I’m struggling. I’m not saying the game should spoon feed the player, but a little early instruction would go a long way. Thankfully the game has been out long enough on PC, so there is plenty of help on the internet, and I’ve got a plan to sort ‘Mitchellville’ out, but nothing beats an in-game tutorial.

Batteries not included – Whilst the Xbox One edition has come bundled with the After Dark DLC, there’s been no mention of the other add-ons Natural Disaster, Snowfall and the upcoming Mass Transit. The Xbox One edition is also missing the ability to use Mods which are a massive success on the PC and we can only hope that they will eventually make their way over to the Xbox. Of course, these are just niceties, but the most notable difference between the Xbox One Edition and the original is the lack of game speed options. In fact, there are only two speed options: on or paused. I’m not sure if this is due to the Xbox One processing limitations, but being able to speed up the game while you’re waiting on an area developing or getting enough money for your next stage development is a key missing element. 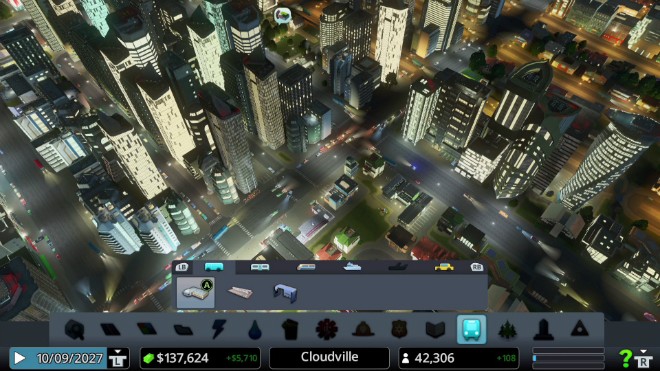 Cities: Skylines – Xbox One Edition is an important release. Not just because it’s a great game. And it is. But also because it shows that strategy games really do have a place on consoles. The game has amazing depth, probably more than any other game I’ve seen on the console, and is almost a match for the PC version without any control issues to speak of. It also looks amazing on a large TV screen, suck it up master race! Cities: Skylines – Xbox One Edition is the sort of game you can get lost in for hours, creating your own stories and worlds to admire. It may take you a few attempts to get the city of your dreams, but once you get the hang of things you’re in for a treat.

Cities: Skylines – Xbox One Edition was developed by Colossal Order and Tantalus Media and published by Paradox Interactive on Xbox One. It was released on April 21, 2017, for $39.99. A copy was provided for review purposes. 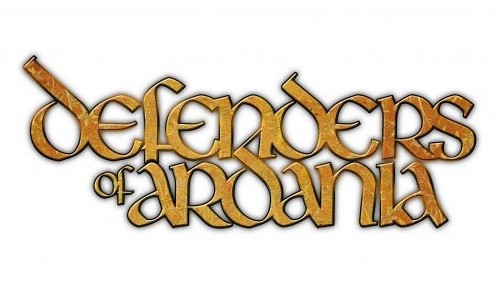