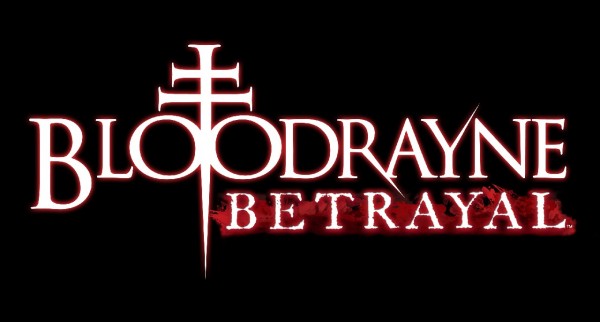 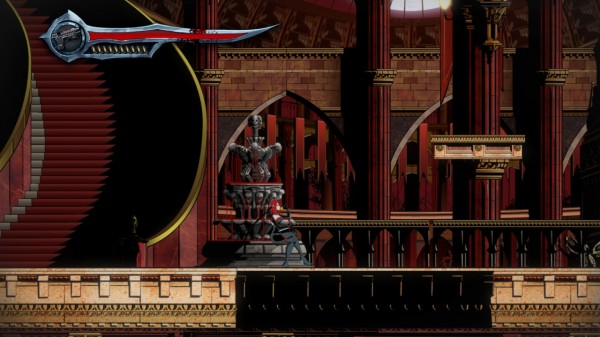 Magnificent melodies – The first thing you’ll notice (and probably instantly love) about BloodRayne Betrayal is its outstanding soundtrack. As soon as the title screen appears you are greeted by a somber piano ballad. Then upon entering the first level some suitably bombastic gothic rock plays throughout. There’s a little more repetition than we’d like, with some tracks being used over the course of many levels. That being said the music is so good it’s hard to complain, there’s even a hidden 8-bit version of the soundtrack that’s just as awesome.

Wonderfully animated art – The second thing that strikes you about BloodRayne Betrayal are the super crisp and extremely well animated characters. WayForward are known for their great 2D art and they really shine here, with some of the best looking 2D artwork you’ll see on XBLA. Rayne has lots of elaborate and cool looking combat animations all of which flow together really well to create some spectacular battle scenes.

Simple but deadly – Combat in BloodRayne is fairly simple, you have one attack button which you can use to execute various combos. There are plenty of ways to mix things up however, even if it’s just moving the analog stick in a different direction to change up the combo or launch an enemy into the air. Rayne also has a bite attack which allows her to infect certain enemies and then use the Y button to make them explode. It makes for fun and frantic fights that can be as varied as you want them to be. 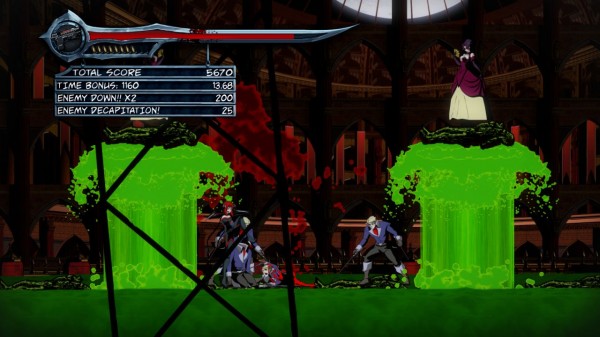 Difficult in the worst way – BloodRayne is a hard game, seemingly taking it’s cues from old school NES and SNES era games. This would be fine for some, there’s nothing wrong with a game presenting a challenge to the skilled player. But there are many times in this game when skill won’t help at all, there will be cheap deaths aplenty throughout even the most adept gamers playthrough. If you aren’t a particularly experienced gamer then there’s another issue that will hinder your enjoyment.

Not helpful – After the first few levels any kind of tutorial aspect of the game is essentially non-existent. There are many times after these levels where the solution to a puzzle requires players to use the games mechanics in ways that haven’t been previously explained. A prime example of this is the air dash, accomplished by using Rayne’s dash move while jumping, this move is crucial to many platforming sections in the latter half of the game. You are never told that this move is even available to you. You are given dash and jump but never told to combine them nor is it even indicated you can. It’s something that will make perfect sense to some but we can easily see others becoming frustrated and stuck when they are unable to figure out the solution.

Poor platforming – Action games invariably share the same flaw; platforming sections. BloodRayne is no different, in fact it could be one of the worst offenders. Around half, possibly more, of the game is made up of platforming and platforming-related puzzles. Unfortunately Rayne does not control well enough to make these sections enjoyable. Her jumps are not precise or consistent enough so these sections quickly become nothing but trial and error. 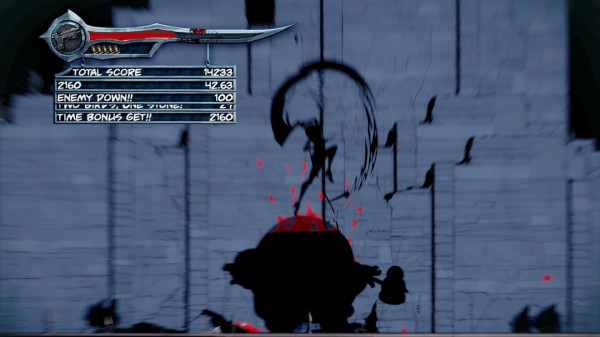 BloodRayne Betrayal makes a dazzling first impression, with exquisite art, fantastic music and fast, brutal combat. As the game goes on though it becomes more and more of a chore and any enjoyment is quickly replaced by frustration. It’s for that reason that it’s hard to recommend the game, unless you enjoy getting angry at irritating game design. You can appreciate the good parts of BloodRayne by just playing the trial, the rest isn’t worth your time or money.