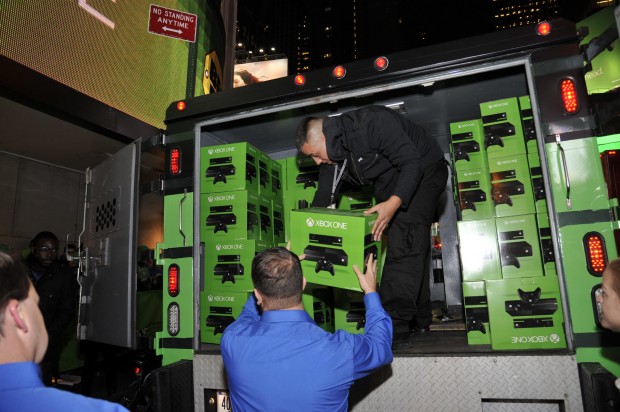 Today is the two month anniversary of the Xbox One console release and if you’re Microsoft you have to be quite pleased with the early returns. The NPD Group data numbers were released last week and the Xbox One sold the most consoles in the month of December. during the busiest shopping month of the year, Microsoft reported that they sold more than 908,000 units in the U.S.. Also, consumers clearly are still buying up the last gen units as more than 643,000 Xbox 360 consoles were sold. Quite an impressive number for a console that has been out for over eight years now. Microsoft was also eager to announce that for the month of December, U.S. sales of both consoles raised over $1.39 billion in revenue.

While the numbers are quite staggering, Nintendo and their 3DS had the bestselling month and year for sales. The 3DS install base has now risen to more than 11.5 million units.

These early returns should be a much needed shot in the arm for developers who might have been on the fence on whether or not to make the early development switch to next gen. Consumers are now waiting for the second wave of games to be released for these machines.