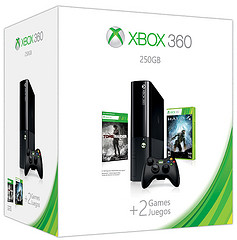 Next-gen consoles like the Xbox One will no doubt be big sellers this holiday season, but current-gen is where you’ll find the better bargains. Major Nelson has revealed three new Xbox 360 bundles being released just in time for the shopping season. The three bundles are:

Every bundle will come with a free one-month Xbox Live Gold subscription. Retailers in the US are having a holiday 2013 price promotion, which will save you $50 on any console bundle. The promotion has already started and will last until January 4, 2014. More information on the bundles, including pricing, can be found at Xbox.com.