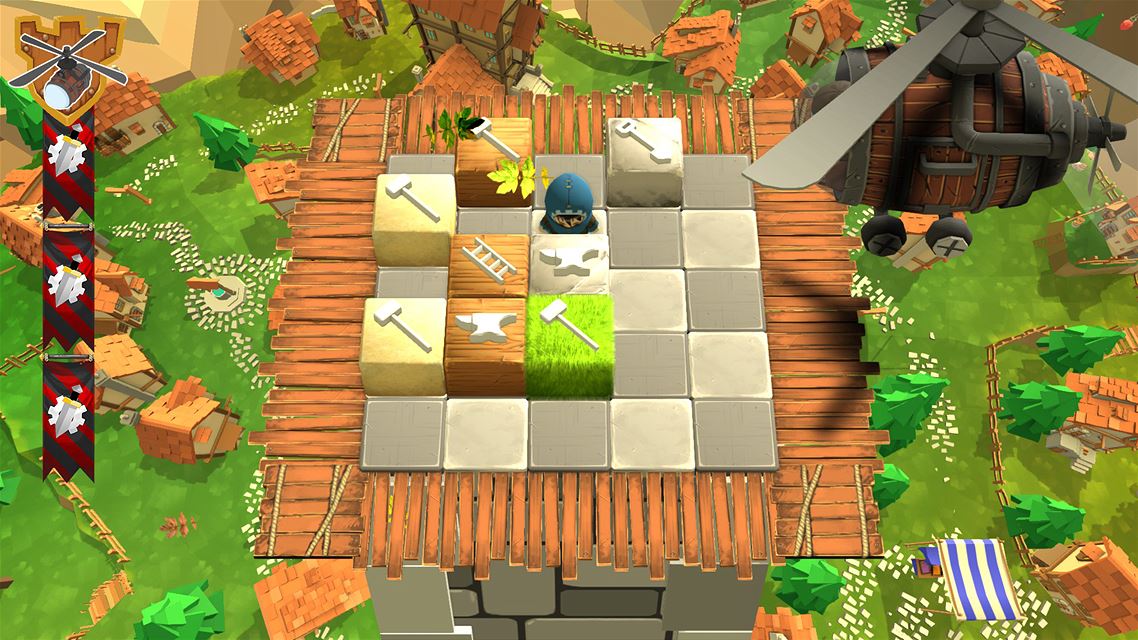 Yet another day with only a single game to release on Xbox One for under $30. Today saw the release of Castles a new match three game. It is Badland Games’ latest release on consoles.

Players will work to build King Harold’s greatest achievement during his reign, an incredibly large tower. As the tower gets taller level by level more challenges will appear like unpredictable weather and attempts of sabotage from a rival king. Each level is randomized so there is never a feeling of playing the same game no matter how much time is invested. Unlike most match three games players control an engineer who moves the blocks versus moving the blocks themselves. With a story, survival, and competitive mode there is plenty of game to go around. Castles can be purchased here for $4.99.