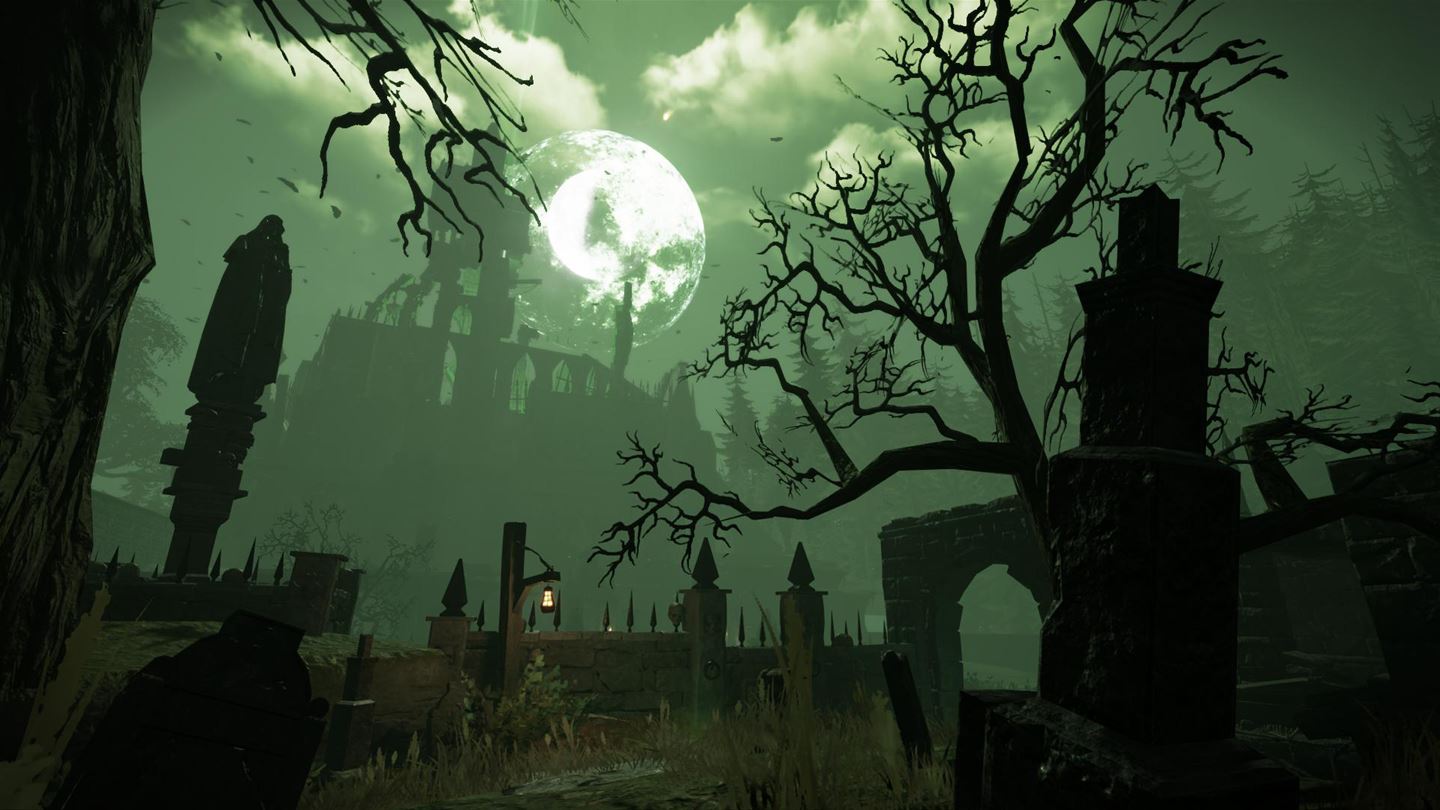 While the gaming community patiently wait for Valve to get their fingers out and make a game ending in a 3, it was only a matter of time before someone else would end up doing it for them. Stand up and take a bow Fatshark, for you’ve made a damn good attempt at making Left 4 Dead 3, though we’ll call it Warhammer: End Times – Vermintide from now on to give the game it’s proper Sunday name. 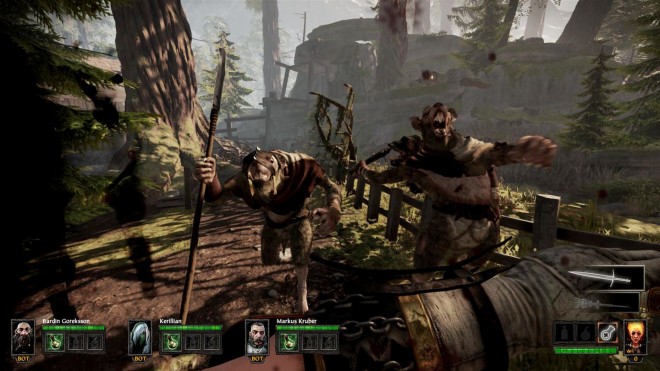 L4D3? – Vermintide unashamedly takes Valve’s hit formula and gives it a Warhammer spin. Borrowing heavily from the Left 4 Dead blueprint, the game is a co-operative first person shooter with melee combat for up to four players, but instead of zombies, we have hordes of rat-like creatures called Skaven to fight through. Co-operation is the key to surviving and if you wander too far from your teammates, you may be pinned or dragged away by one of the more advanced Skaven, just like Left 4 Dead‘s Special Infected. For example, the Pack Master, who like Left 4 Dead‘s Smoker will drag you away from your team and slowly batter down your health until you are rescued. There’s also the Gutter Runner which is akin to a Hunter and in Vermintide instead of the dreaded Tank, we have the Rat Ogre. It all makes for a pretty intense and chaotic blood bath, but like the game it loves to ape, it’s also jolly good fun.

Deeper than a reskin– Whilst most players will be happy enough with it’s Left 4 Dead style gameplay, Fatshark have added more than just a Warhammer skin. Rather than four identical characters, players are given the choice of five, each with a different skillset and loadout. Players can choose from the Witch Hunter with his short range shotgun, the Empire Soldier with his claymore, the Dwarf Ranger equipped with an axe and crossbow, the Waywatcher with her daggers and archery skills or the Bright Wizard who can cast spells using a magic staff. After each match you’re given the chance roll some dice with the hope of winning new armor and weapons to customize your characters with. As players level up, the chance of getting better loot increases. You can also pick up certain items throughout each map to increase the odds, however, these are carried in the inventory slot for health potions so you need to weigh up the risk of the best loot, versus actually making it to the escape cart at the end of each level.

Warhammer setting – I’m gushing about Vermintide‘s similarity to Left 4 Dead, but there’s another fanbase out there who’ll be wanting to know if the game will please them too. The game set during Games Workshop’s Warhammer End Times, in and around the once proud city of Ubersreik, which now stands in ruin at the hands of the dreaded Skaven army. Now I’ll own up to not knowing much about Warhammer, but I certainly enjoyed the gothic fantasy setting. Sitting somewhere between Lord of the Rings and Fable, the Warhammer backdrop brings plenty of Victorian looking architecture and stunning landscapes. Each level is introduced by a narrator who explains the story and outlines your objectives for that particular mission and there’s also a bit of humor with each character chatting to each other throughout. The design choice of having only four out of the five characters in each match also keeps the game dialogue varied and the gameplay interesting. 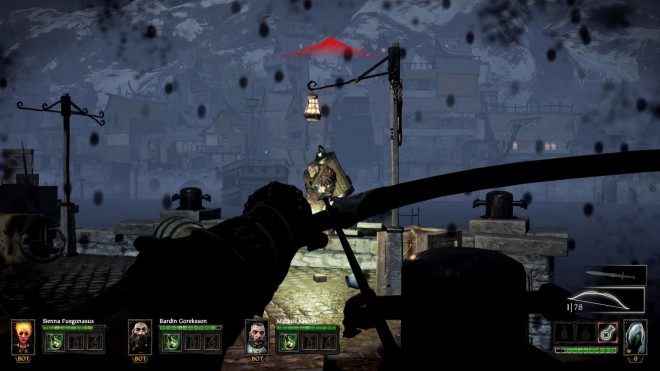 Motion in the ocean – If you’re prone to motion sickness like I am you should be aware that Vermintide set mine off after about an hour of gameplay. There are some in game settings to counter this such as reducing bobbing and motion blur, but they only delayed the onset for me. Of course this won’t affect every player, but if you’re susceptible to a bit of nausea while gaming, you might want to think twice before diving head first into the action.

Better with friends – Unfortunately, Vermintide‘s player base seems fairly low already. Quick play usually found me a match, but it tended to be mostly in the first map only or into a character who had already died. Since I wanted to play through the game’s story, I opted to host my matches, but it was usually around the third quarter before other players joined me. The game does include bots which are capable enough, but this makes the experience more subdued as you’re missing the co-operative chat and strategy talk as well as the banter you get through online gaming. It may be a bit unfair to criticize a game for not selling well enough, but I’m not sure this is entirely the case and I suspect it’s more down to how generous the developers have been with the initial package. Vermintide comes with 15 maps to play through on five different difficulties, plus a horde mode with two additional maps and three difficulty settings. Whilst it’s odd to complain about too much content, it’s no wonder I wasn’t bumping into stacks of other players when the players are split across so many different match types. 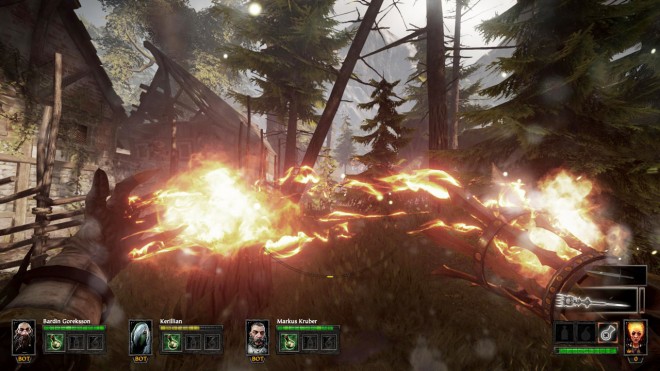 If you enjoyed Left 4 Dead and it’s sequel then a purchase of Warhammer: End Times – Vermintide will likely be a no brainer. It’s fast paced action combined with the Warhammer lore and RPG-lite features makes this a great game that should keep you interested for hours or more likely months. The game is perfect for those with a regular crew of gamer friends, though it’s low player base may be off putting for some. Of course with Xbox One’s new LFG features, there are ways around it!

Warhammer: End Times – Vermintide was developed and published by Fatshark AB on Xbox One. It released on October, 4 2016 for $39.99. A copy was provided for review purposes. Read More
What we are playing: December 2
Top