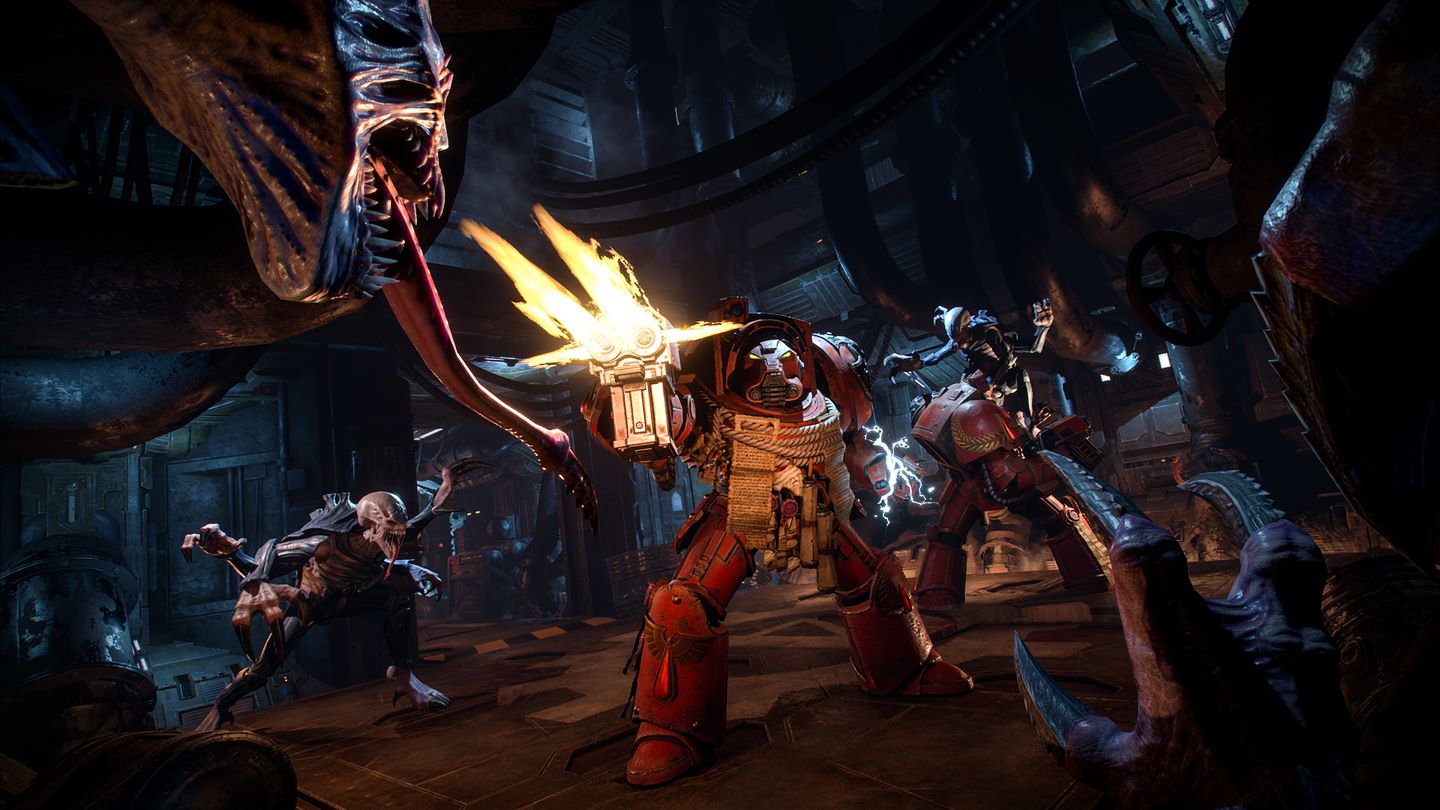 It’s the second Tuesday in October, and you know what that means. Today’s new releases are short and sweet. Three indie games grace Xbox One with their presence, and one AAA title sees the release of yet another title in its long franchise. First up today is Space Hulk: Tactics, a strategy game based in the Warhammer 40k universe. Warface is a free-to-play First Person Shooter which originally existed on the Xbox 360 but has made its way to Xbox One. Mark of the Ninja: Remastered is an action adventure title remade on Xbox One based around stealth. Finally, today sees the release of WWE2K19, another title in infamous World Wrestling Entertainment franchise.

Space Hulk: Tactics takes the strategy of the Warhammer 40K board games from the coffee table of your living room and puts them right into your Xbox One. Command a team of Space Marines or alien Genestealers and do battle inside a giant space hulk. Space Hulk: Tactics is Xbox One X Enhanced and features online multiplayer with up to two players. Space Hulk Tactics is available now on Xbox One for $39.99.

Warface, the free-to-play First Person Shooter from the days of Xbox 360 has returned to the Xbox One. The game features a variety of PVE missions to complete cooperatively with other players, along with PVP modes to challenge those players face-to-face. Warface features four different classes each with their own set of skills. The medic stands ready to revive and heal any teammates in the field. The Support is nearby with a resupply of ammo for your reserves. Get in the fight and show your enemy your war face! Warface is available now on Xbox One for Free.

Are you a ninja, or are you an assassin? Both? Mark of the Ninja: Remastered makes its way to Xbox One, bringing with its fantastic core stealth gameplay. Move swiftly and remain silent and undetected as you outsmart your opponents and learn to maneuver every situation in various ways, The game is Xbox One X enhanced and features a variety of unique features including the original games special edition DLC and New Game Plus. Mark of the Ninja: Remastered is available now on Xbox One for 19.99. You can check out our review of the original Mark of the Ninja here.