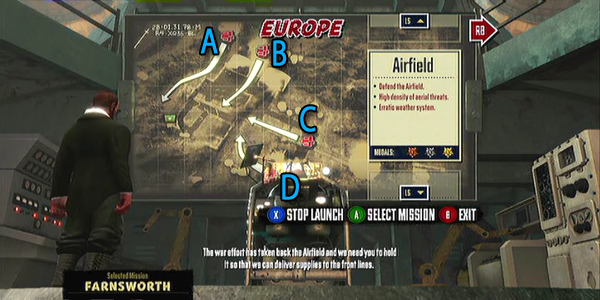 Airfield introduces aerial enemies which make up the bulk of the challenge here. Put up flak turrets on the left and right raised platforms as well as one in the center near the base and supplement them with shotgun turrets to deal with A and C land-tubes. If pressed, always deal with aerials first, then A, then anything else. Use dampeners for C to stop blitzers from raining on your parade. Lastly, avoid the electromagnetic lightning death cannon attack by watching for the static swirls on the ground. Keep the flak turrets upgraded and this mission will be a breeze.