Tracks – The Train Set Game Review: Let Off Some Steam

Tracks – The Train Set Game Review: Let Off Some Steam

There are over 250 million miles of train tracks in the world, which is enough to actually reach the moon. Ready to add some more? Your objective in Tracks: The Train Set Game is simple: have fun creating environments and tracks for your train to ride along. There are a few areas to play around in, and there seems an exorbitant amount of construction you can manage. I’m sure plenty of people who want to play this have fond memories as a child (or even an adult) of building a train track or at least admiring one built by someone else. For some, it was even an obsession with hours of work building a huge table with a train on it. Think you can build something awesome?

Your World — Got a super creative side that you just want to unleash upon an empty pallet? Great news, you can design with a passion. You are given a few rooms but can completely design what you want inside. There are tons of stuff you can choose to throw down and build a little world for your train to navigate around. Choose to make a town, forest, river, or maybe a combination of them all! Does it take a lot of time? Oh yes, it can be exhausting to anyone who likes to have some kind of objective at all times. There is a “deliver the people to the station” series of quests, but they are easy and fairly short. That’s really all I did, but that is because I’m not patient enough to create a masterpiece.

Relax and Take a Tour — Once done with your track laying, you may step inside and take a ride. This is easily my favorite part of the game. Getting in and enjoying your course. I especially like that you can make inclines and declines, almost as if you were actually building a slow roller coaster. I actually think it would be pretty neat to have this going during Christmas on the big screen. There is an area you can choose that is exactly this theme, all set with a tree. It’s been a tradition for some, to set some toy train tracks around the tree and have the caboose go around in circles. Now you can do it virtually. Now all they need to do is add the ability to play holiday music so you can really get the theme going.

Props Aplenty — With tons of options of props and tools, you can almost feel overwhelmed with decisions. There are all sorts of things to choose from and I’m pretty sure more will be added later down the line. It stays very true to a sandbox experience. I didn’t see any kind of limit of items you can place down. There are only invisible walls around the room, but you have plenty of space that even extends into the air. If you’d like to add some objectives, you can do so. Set up little wooden characters that need to be picked up and delivered to the station. You can really customize to your heart’s content.

Maybe Better with a Mouse — Controls are a bit hit and miss. There are times things wouldn’t snap right, or there would be a gap and if I tried to place more grass (for example), it would instead build another giant block above it. I’ve seen some images of completed areas that look absolutely gorgeous. I, however, could not build such a splendid place. Patience is a necessity. I think the worst part of the controls is when you think it’s a good idea to place a mountain somewhere, it’s gigantic and goes around the whole area. Not what I was expecting or wanted. I then could not delete it. I suppose a mouse is what the mechanics were designed around, and that makes sense given the genre. I’m not sure if a mouse works with this game, but if you have one then you’ll have a lot better luck making cool things instead of messy chunks of whatever I happened to throw down.

No Sharing — The best and most popular example of a “build a world” type game is obviously Minecraft. What makes it so appealing is that after spending hours on end designing something, you can invite someone in to take a look or even help you build. There are even public maps you can join in and mess around on. I think this is would make a huge impact on word of mouth and allow a community to engage in each other’s worlds. Without it, you’re basically just looking up YouTube videos to see other ideas. I’m no expert in game design, and maybe it’s hard to implement something like this, but I do feel it really should exist. What’s extra special is the actual train ride. Going into the first-person perspective and completing a lap around the tracks sounds like a good and relaxing time.

There’s no real way to measure the length of time you’ll spend playing this. It’s all based around your personal desire to build and create your own masterpiece. Want easy achievements? Then you’ll be happy to know it has them. While it wasn’t something I could spend any more than a few hours tinkering around with, I can admire the possibilities for others. It has a great theme, extremely child-friendly, and the wooden tracks look excellent. As a whole, it’s a nice package that will either bore you or open up your imagination and give you countless hours of joy.

Tracks – The Train Set Game was published by Excalibur Games and developed by Whoop Group on Xbox One. It was released on November 14, 2019, for $19.99. A copy was provided for review purposes. 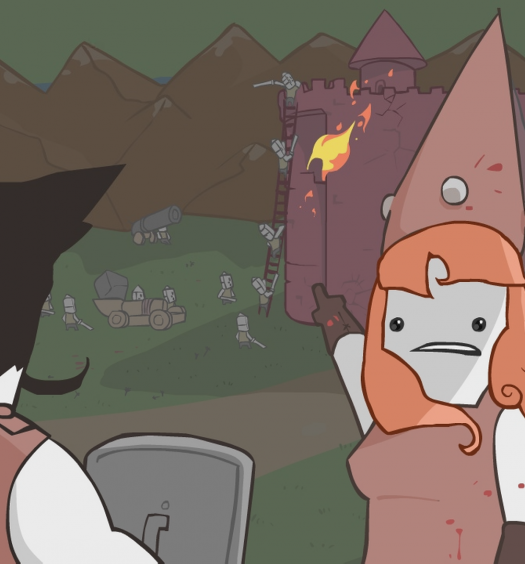 The tracks of Wrecked: Revenge Revisited