Patiently we’ve awaited word of downloadable content for tower-defence hit Toy Soldiers: Cold War and, as the adage about the busses dictates, Signal have today announced not one but two expansion packs both primed to launch on XBLA tomorrow (Wednesday 25). Both the Evil Empire and Napalm packs boast 3-level mini-campaigns, a new survival level, versus level and minigame as well as a slew of achievements, decorations, bosses and new toys. About time.

The Evil Empire pack reverses the stakes, placing you in control of the Russians and hauling the Soviet towers and units previously exclusive to the multiplayer into a new mini-campaign. Evil Empire also includes new survival game Trauma, which adds a twist to the formula by inflicting damage on your toy box each time you place a tower, as well as the Pop-a-Pig minigame, a sinister riff on whack-a-mole that sees the moles replaced by pigs and the toy-hammer an anti-tank turret. The rule of proportionality not one the Russians care for, apparently.

Meanwhile Napalm – which Signal has confirmed will be the final piece of DLC for Cold War – puts you back at the helm of the American Army, leaving behind the gelid Soviet countryside for the tropics of Vietnam. No playing as the Viet Cong, mind. Napalm also brings with it the Choplifter inspired Hang Time mini-game and One Man Army survival mode, which does away with the tower-defence part and tasks you with surviving for as long as possible in control of the Commando.

Evil Empire and Napalm will each cost 400MSP when they launch tomorrow. 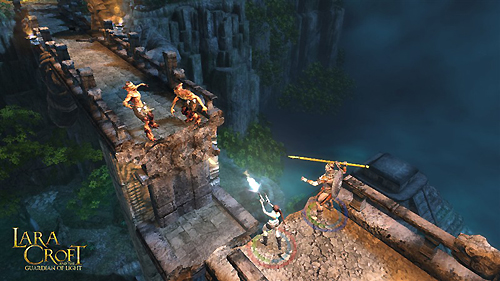 Read More
Ascend: Hand of Kul out on Wednesday
Top